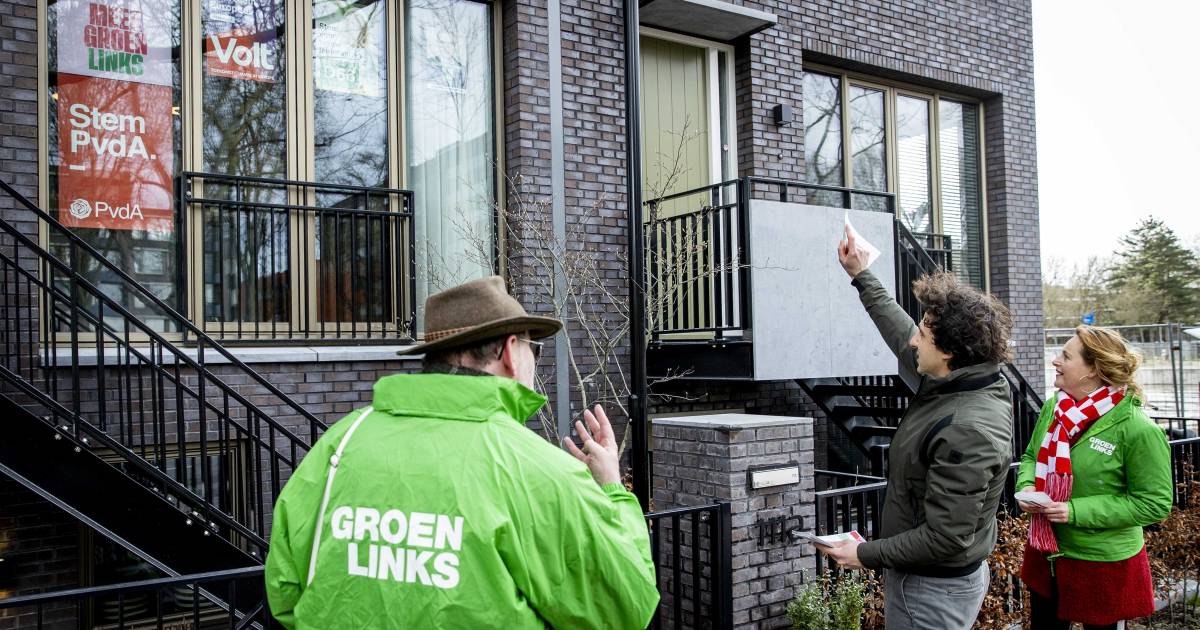 After a critical report about the failed election campaign of GroenLinks, a group of critical members stirs. They want more participation and more diversity. “For many years, the same people have been making all the choices.”

At GroenLinks, a small group has been in charge for too long, the members hardly have a say in the party’s course and there is no diversity policy, while the party considers diversity of paramount importance. That is what a group of critical GroenLinks members state in a manifesto that has now been signed by more than 150 party members.

Nieuw Kritisch GroenLinks also believes that the party has ‘a strategy’ that is aimed at government participation. “Activism has given way to administrative politics, and our radical vision and systemic critique have been supplanted by short-term thinking,” write the initiators, former senator and party chairman Leo Platvoet (70), former chairman of the youth organization Dwars Sabine Scharwachter (24) and Gronings. party member Roshano Dewnarain (18).

Scharwachter calls the evaluation of the election campaign published last week ‘recognizable and striking’, she says in an explanation, but does not agree with the party management that remains squarely behind the party leadership. It is not that Scharwachter thinks that party leader Jesse Klaver should resign. ,,We deliberately stayed away from whether or not Klaver was involved, whether or not there was a formation. We are not against co-government in principle, but internal party democracy must improve.”

According to Scharwachter, there is now ‘a gap’ between the course of the party leadership and what the party members want. “They have really different ideas than the group that is now in charge.” For example, she points out that ‘a new generation’ of GroenLinks members think differently from the incumbent guard. “They want a system change.”

The manifesto proposes ‘a structural approach’ to ‘the power of big companies, the free market economy and the white supremacy mindset’. According to Scharwachter, people of color are heard too little about topics such as racism or discrimination, ‘while you should listen extra to that.’

Scharwachter wants the party board to have a committee investigate ‘who makes the choices and how those choices are made’. “That has been done by the same people for many years. There is little room for innovation and diversity.” That has been the case, says Scharwachter, since 2015. In that year, Klaver succeeded Bram van Ojik as party leader. Since 2013, former MP Wijnand Duyvendak has been campaign manager.

Youth organization Dwars also believes that the campaign is run by ‘a small, select group of confidants’. “We feel that there is little influence possible from outside the shell of close employees. Dwars has often run into this in the past year,” writes current chairman Hiske Scholtens, who signed the manifesto on behalf of Dwars. Shortly after the elections, Dwars already expressed harsh criticism, but hewake up call‘ is ‘too little has arrived yet’. “We find it worrying that the Scientific Bureau has not included this in its evaluation.”

Party leader Klaver believes that ‘everyone’s input’ is needed to ‘find the way up again’ after the election defeat on March 17, he says in a response. “That is why it is good that this group of members has put their ideas on paper, and I look forward to shaping a new chapter for GroenLinks together in the coming period.”

Party chairman Katinka Eikelenboom also wants to talk to the initiators of New Critical GroenLinks and calls the ‘points of attention’ mentioned in the manifesto ‘recognizable’. “We are already making great strides in that regard. For example, we have started a process for a better diversity policy with the aim of a more inclusive party culture in which everyone feels at home.”

Eikelenboom finds it ‘a pity’ that members ‘have the feeling’ that there is not enough room for internal discussion. “We are working hard to improve this even better with new forms of (online) conversation.” She points out that the party has been in discussions with members a lot in recent months. “Also about the disappointing election results and the formation, because we know that there is a great need to talk to me and think along about course and strategy.”

Jesse Klaver was a guest in the AD studio prior to the elections to the House of Representatives: