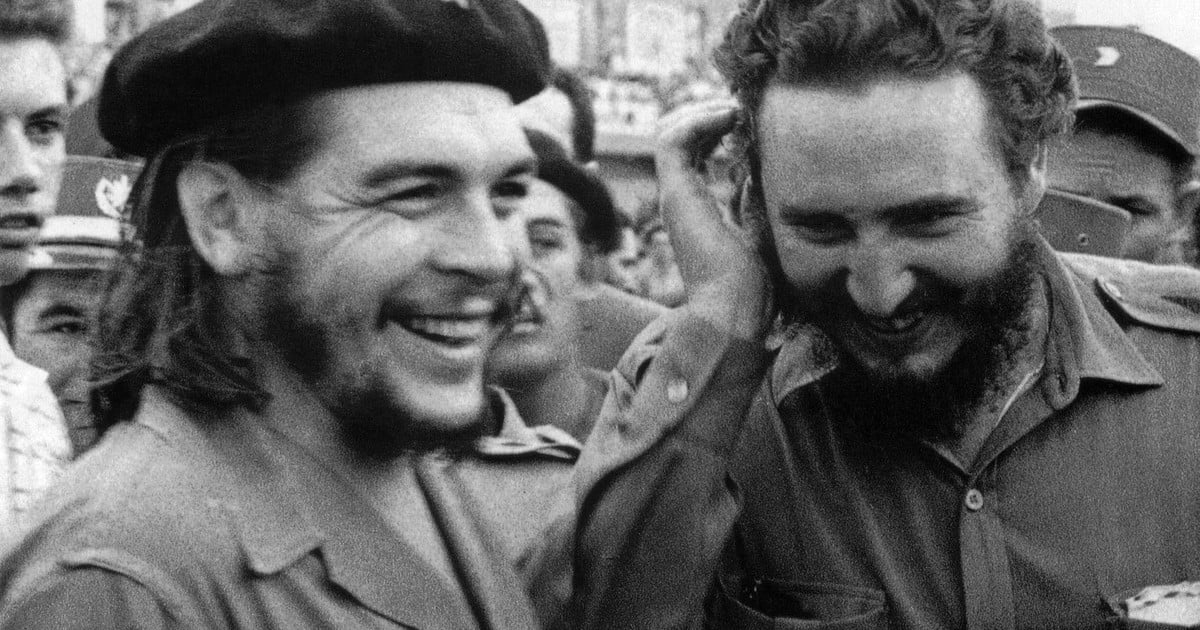 Even with blood stained hands, a dictator satiates the appetite without regrets. Fidel Castro’s fervor for ice cream, Saddam Hussein’s favorite Tikrit fish soup, or Enver Hoxha’s 1,200-calorie diet for his diabetes come to light in “How to feed a dictator”.

Four years of work has cost the award-winning Polish journalist Witold Szablowski to write a book published in Spanish by Oberon thanks to the testimony of cooks that they fed some of the most sinister leaders in contemporary history; Some worked with the fear of knowing that a mistake cost them their lives, others continue to worship their late leader without complexes.

Szablowski, who worked as a dishwasher and kitchen boy, traveled four continents to show “the history of the twentieth century seen from the kitchen door”, a task fraught with obstacles because not everyone who has fed dictators is willing to speak.

Yes, Erasmo Hernández did, who joined the Revolution and was Fidel Castro’s bodyguard before becoming his personal cook; Today he is in charge of the Mama Inés restaurant in Old Havana. His partner Flores, who lives in misery, was not so lucky.

In 1973, the leader of the CP of China, Deng Xiaoping, received Pol Pot. Fot Xinhua

Thanks to Hernández we know that Che was passionate about black beans But a private soldier was never allowed to eat differently during the guerrillas, and that Fidel Castro made pasta his star dish after cooking it during his imprisonment for the attack on the Moncada Barracks.

Castro, who loved to speak about what he knew and what he did not know – among his obligatory listeners were the cooks of the Habana Libre hotel every time he ate there- adored ice cream; He was able to eat 20 balls in one go and made the mythical Coppelia experiment with elaborations based on goat, donkey and bison milk.

Your taste for dairy led him to raise Ubre Blanca, a cow that became an emblem of the Revolution thanks to its incredible milk production, which Granma reported daily and which made it enter the Guinness, beating the United States, a symbol.

That cow ate better than the Cuban population, which the television cook Nitza Villapol taught during the Special Period after the fall of the USSR to exchange meat for fruit peels.

Yong Moeun was “seduced by the smile” and “how handsome he was” by Pol Pot, to whom nearly two million victims are attributed in less than four years. “He was not a murderer, he was a dreamer,” defends the person who prepared various dishes for him daily – bittersweet soup with pineapple and chili and roast chicken were his favorites – so that he could choose while in the punishment colonies they ate one hundred grams of rice at the same time. day and one egg a month.

She gave him blind obedience, he saved her life on eight charges of treason. The cook who fed the Cambodian Khmer Rouge leader while her people I was trying to survive on rats and insects Today he lives in a house with cable television where he watches a lot of football because Messi’s smile reminds him of “brother Pouk”.

Saddam Husseinein: The timing of the Iraqi leader’s execution on December 30, 2006

If the Cambodian dictator’s stomach aches soured his character, the Albanian leader Enver Hoxha –under his regime more than 6,000 people were shot and an unknown number died in labor camps and political prisons – living hungry and in a bad mood on a strict 1,200 calorie diet from diabetes and a heart attack.

His cook, who requested anonymity for the book and now runs a small hotel with a restaurant, remembers how when Hoxha was angry he would prepare a dessert with sweetener because eating “put him in a good mood” and avoided deaths. “Who knows how many lives I saved?”

Nor is he very fond of his boss Abu Ali, the last surviving of the six cooks of Iraq’s president from 1979 to 2003, Saddam Hussein, whom he describes as “a great son of a bitch.”

He received with terror every criticism of his dishes – “He always put buts on food when he had a bad day” – and he learned perfectly the fish soup of Tikrit, the dictator’s hometown, because it was his favorite dish.

Obsessed with an attack, the genocide Iraqi ordered daily cooking in all the palaces he built and that samples will be kept in case of poisoning.

In a miserable house lives Otonde Odera, the cook of former Ugandan presidents Milton Obote and Idi Amin, in his 80s. The last one was said to be a cannibal, though Odera denies having cooked human meat for him.

Belonging to the lúo tribe – the same as former US president Barack Obama – and the only survivor of 13 siblings, he learned to prepare the food of the “mzungu” (whites) working for a British couple and later reproduced it for the “tight-fisted” Milton Obote.

He retained his post after the overthrow at the hands of Idi Amin in 1971: “When they have given the coup, they arrive with empty stomachs and while you have something good for them they may not kill you “.