FIA responds to criticism of penalties in Austria 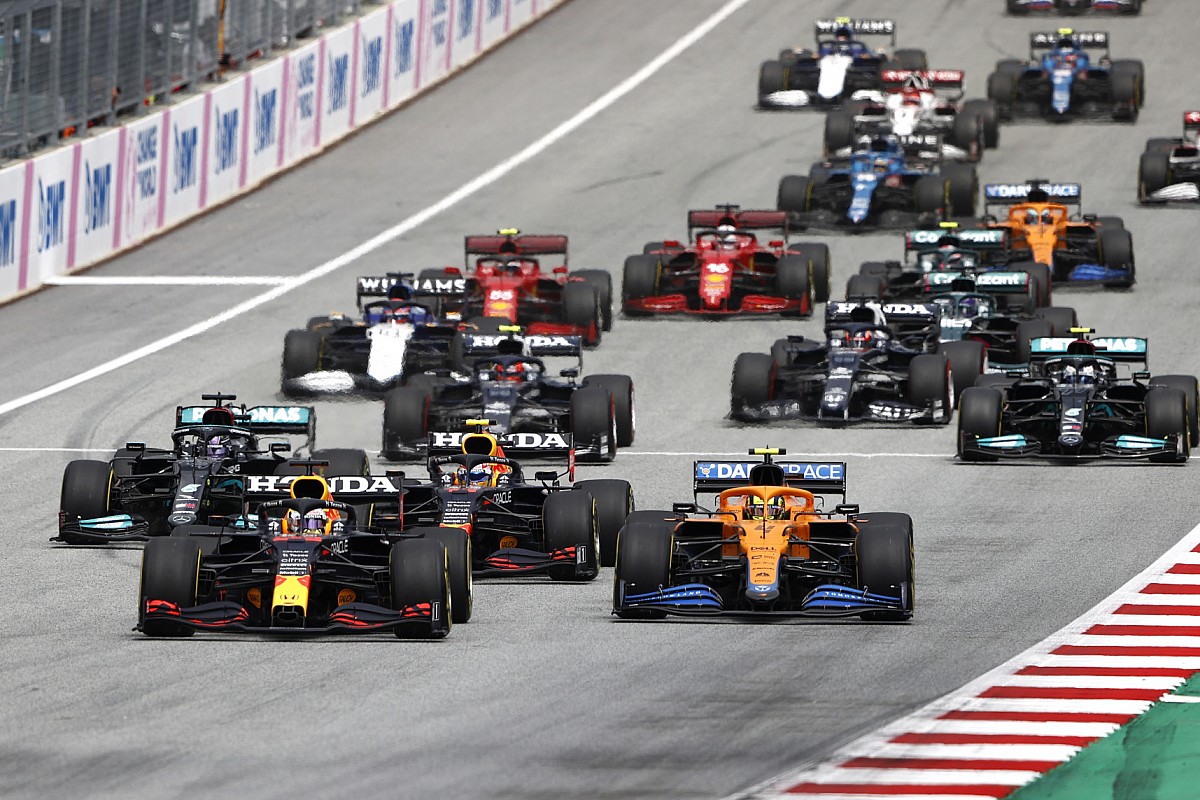 At a time when the mentality of letting the drivers run was encouraged, the sanction given yesterday to Norris has given rise to a very heated debate.

The McLaren driver hasn’t even made contact with Perez and their duel didn’t seem too different from those who escaped sanctions in the past, so he wasn’t surprised that the heavy hand chosen by the FIA ​​triggered negative reactions among fans.

Perez had clearly placed himself in a risky position, trying to go outside turn 4, especially knowing that at the exit there is a gravel escape route that tends to take the cars off the track if they touch it.

But race director Michael Masi explained that the governing body is indifferent to criticism, adding that all episodes that ended up under investigation were judged on the same criteria.

For him, the key factor is that the driver on the inside – Norris in the first case and Perez later on – hadn’t left room for the other car on the outside, which he should have done with it by now.

“In the first case, that of Sergio with Lando, he was completely next to Lando”, explained Masi. “And therefore there is an obligation to leave the width of a car on the track”.

“Then the same thing happened in reverse, with Checo pushing Leclerc out of Turn 4 and then out of Turn 6.”

“Obviously I don’t sit in the commissioners’ room to deliberate, but their point of view was the same in all circumstances, namely that there should have been space for a car outside, as they were next to each other” .

Another factor that has probably come into play is that at the Red Bull Ring there is gravel on the outside of these two corners, unlike the asphalt escape routes that are now found on most tracks.

When a rider is forced to go wide, therefore, the consequences are much more evident than on other tracks where an off-piste excursion weighs much less.

When asked if the presence of gravel led to treating these episodes differently, Masi said: “Obviously, gravel has a different impact, so it could be said that you have to look at everything using logic, evaluating all based also on the characteristics of the circuit “.

In some ways, Norris’ situation was reminiscent of what happened at the first corner of the Imola race, when Max Verstappen pushed Lewis Hamilton off the track. In that case, however, it was considered an acceptable maneuver.

However, Masi believes it is very difficult to compare different incidents, because the circumstances are often not identical.

Reflecting on why the Imola issue was not comparable, he said that the first lap of the race is hardly treated in such a rigid way.

“The first corner, the first lap, have always been treated more leniently,” he said. “And this has been the case for a number of years, under the principle of ‘let them go’, if you want to call it that.

“But it’s always difficult to make a comparison. I know everyone likes to do it, but it’s very difficult to compare two completely different corners like the one in Imola and the four a and six in Austria.”

Penalties at the Red Bull Ring also prompted a reminder of how Verstappen triumphed in 2019, forcing Leclerc out of Turn 3 on the penultimate lap of the race.

At the time, the decision not to sanction the Dutchman was hailed as part of a new FIA philosophy designed to give drivers more room to battle.

Leclerc was therefore asked if he does not find that there was some lack of coherence between what happened two years ago and yesterday, but the Ferrari driver does not seem so sure.

“I think this is a bit different, because it can be argued that two years ago I wasn’t ahead of the rope, even though we were very close,” Leclerc said.

“But this year I was definitely ahead when we got to the rope, so Perez should have given me some space at the exit. But I think he knows he exaggerated a bit. We talked to Checo, he apologized right after the race and that’s okay . I am not one who fossilizes on these things, so we have clarified and I will look forward. “

“But I think it was a bit different situations. The consequences were a bit bigger for me, there was gravel and not asphalt, then I was in front, so he should have left room for me.”