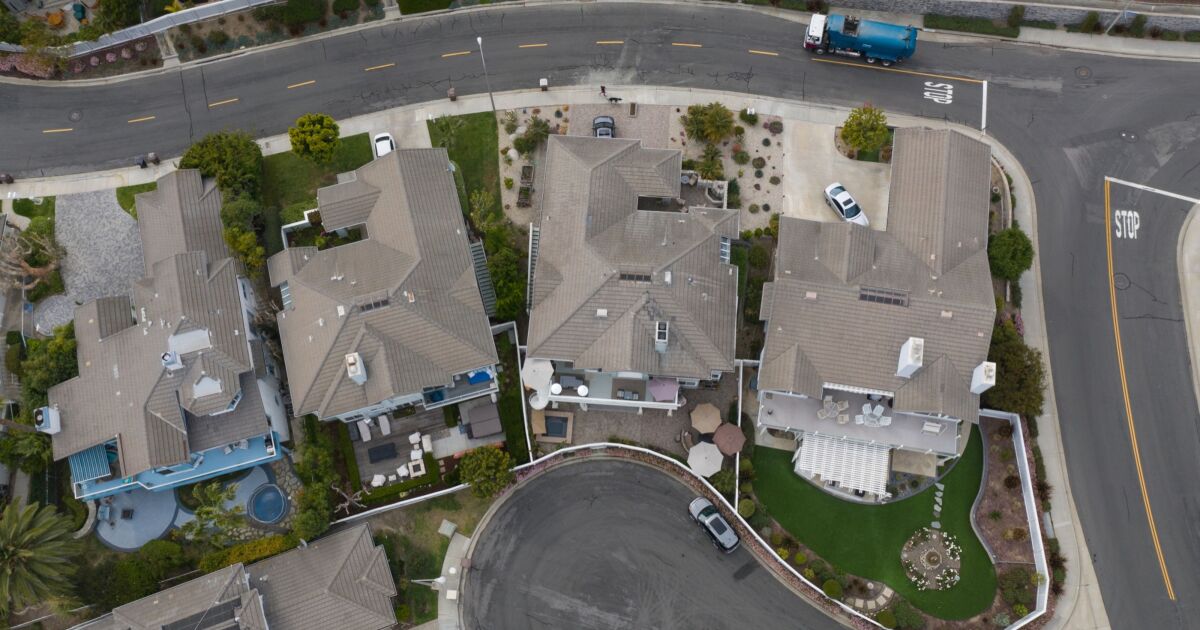 The Federal Housing Finance Agency will eliminate a fee that lenders have paid since December to offset potential losses caused by the coronavirus pandemic, the agency said Friday.

The agency mandated the “adverse market fee” last year on loans sold to Fannie Mae and Freddie Mac to address economic uncertainty from COVID-19. The fee was similar to one implemented by the two mortgage companies during the 2008 financial crisis.

The refinance fee will end Aug. 1, the FHFA said in a letter to lenders.

The 0.5% fee – imposed on refinanced loans starting in December under former FHFA Director Mark Calabria –
added up to $ 1,400 to the price of a refi. It sparked an immediate uproar from lenders. Following the backlash, the agency announced it would delay the fee by three months from an originally planned start date in September 2020.

At the time, some borrowers were having difficulty making monthly mortgage payments and opted to stop paying by entering forbearance plans. The FHFA feared the number of borrowers in forbearances would continue to rise.

Last month, the Biden administration ousted Calabria from the leadership post following a Supreme Court ruling that presidents have the authority to fire FHFA directors.

Acting FHFA Director Sandra Thompson said the hope is that more borrowers will be able to refinance once the fee is eliminated.

Making it easier for homeowners to refinance is seen by some as a way to aid borrowers struggling during the pandemic, who up to now have had to rely on government-sanctioned forbearance plans or other relief to stay afloat. Refinancing them into a new loan would result in lower monthly payments.

The number of homeowners who have been in forbearance plans has been dropping most of this year but servicers remain concerned about a coming wave in September. When the pandemic hit in March, Congress passed the Coronavirus Aid, Relief, and Economic Security Act, which allowed borrowers to hold off paying their mortgages by asking for forbearance.

By comparison, homeowners with loans backed by the Federal Housing Administration and other smaller agencies comprised 6.2% of loans in forbearance plans, while 4% were held in private-label securities portfolios.

In July, roughly 400,000 borrowers are teed up to have their forbearance plans either extended or removed, causing concern among servicers and the mortgage industry that some borrowers will be unable to resume payments. Borrowers have many options, however, because of the strength of the housing market and can ask for loss mitigation or sell their homes.

“This action appears to reflect a commitment to access to credit, which is welcomed as we recover from COVID-19,” said Scott Olson, the executive director of the Community Home Lenders Association, a trade group, in a statement.