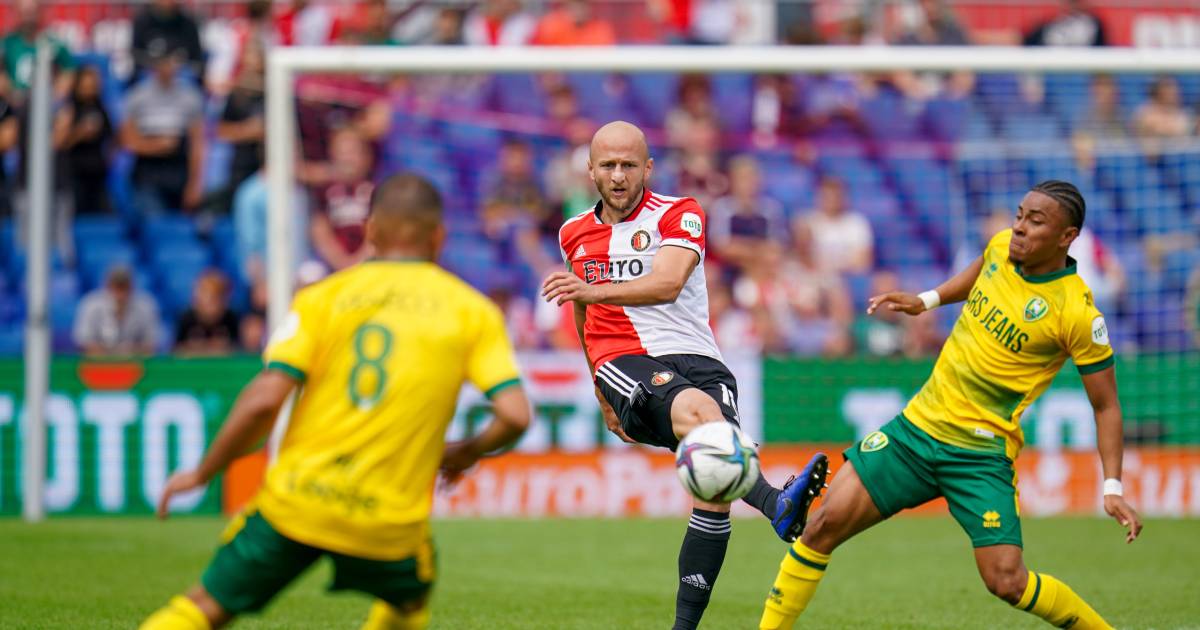 It was a long sitting for the supporters of Feyenoord, who had come to the exhibition game with ADO Den Haag in the Kuip this afternoon. In the end, they saw their club go no further than 1-1 in the 120-minute encounter with the first divisionist.

The match lasted four times thirty minutes this afternoon. Most of the Feyenoord players who will play against FC Luzern next Thursday only played the first half hour. Goalkeeper Justin Bijlow was missing against ADO Den Haag, because according to coach Arne Slot he has flu symptoms. In Switzerland he is normally just present on behalf of the Rotterdam club.

Newcomer Gernot Trauner made his unofficial debut against ADO Den Haag in the shirt of Feyenoord. The Austrian made a stable impression and appears to have a good pass in the legs. Though he was hardly ever really put to the test. And so few conclusions could be drawn from the game that was downright sleep-inducing and in which Feyenoord mainly created some opportunities against the qualitatively stripped first divisionist in the first parts of the game. Wouter Burger, Robert Bozeník and Christian Conteh, who later dropped out with an injury, among others, tested the qualities of ADO Den Haag keeper Luuk Koopmans.

Conteh, incidentally, did not act unkindly in the minutes that he participated. The same applied to defender Ramon Hendriks, who functioned well for half an hour as right and left back and also held his own in the heart of the defence. Furthermore, it was far from exciting what the 7500 spectators were presented with in the Kuip. Only in the final phase of the usual playing time of ninety minutes, Bozeník signed for 1-0 on behalf of Slot’s team from the penalty spot.

In the fourth half hour, ADO Den Haag saw a chance through Yanya Boussakou to score the equalizer against the Rotterdam reserves. Final score in the Kuip: 1-1.

‘Italian’ radio director in Mallorca: the problem is not tourism, but the out of control roads