Fewer applicants to enter the University, but more competition than before the pandemic 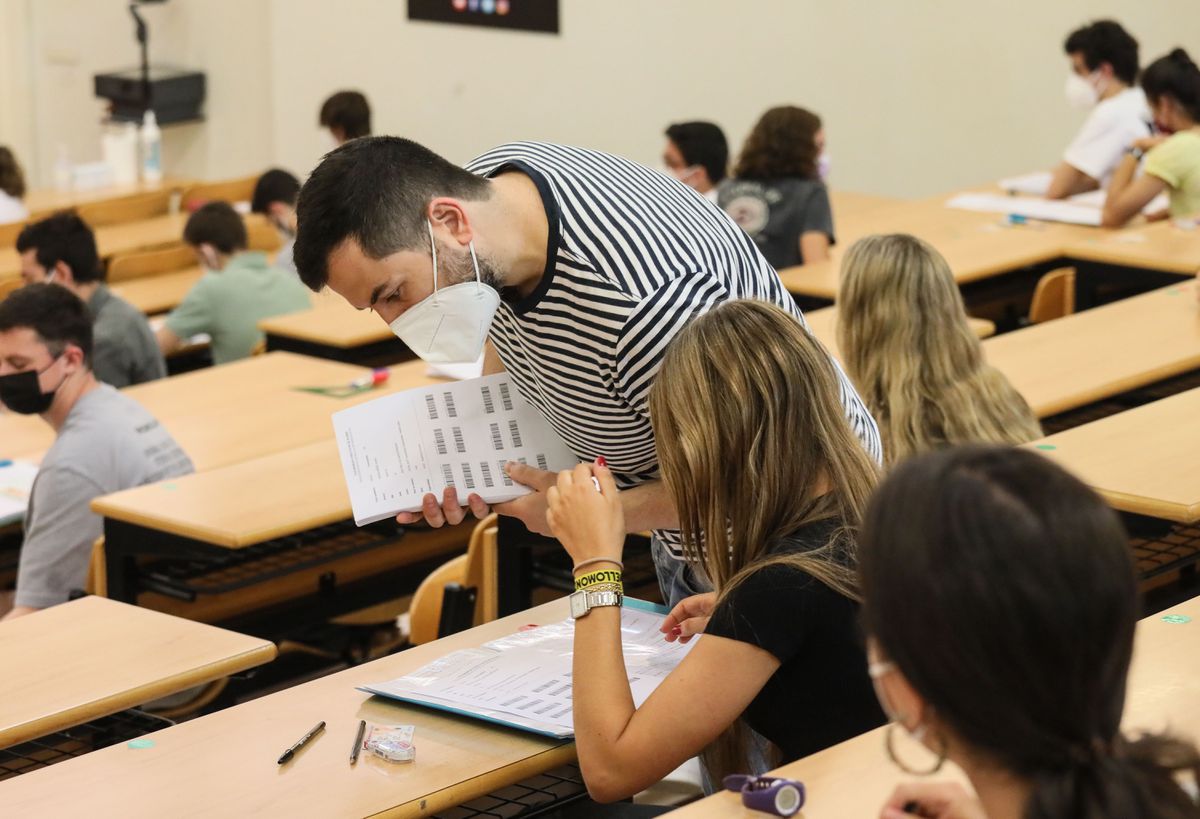 Any rector says that the competition to enter the desired grade is fiercer every year. Especially in studies with many suitors, such as Medicine or Biotechnology. The peak of this competition was experienced last year, when those passed in the Baccalaureate rose 10 points, from 79.9% in 2019 to 90.1% in 2020, because in a context of pandemic the authorities decided that it should be evaluated with more laxity. This caused enrollments in the EBAU (Baccalaureate Assessment for University Access) to increase by 15.4% (more than 225,000 students showed up), according to data from the Ministry of Universities. And that in 7 out of 10 races the cut-off mark rose, according to the analysis published by EL PAÍS. This year, registrations for the tests have been reduced by 13,046 candidates, despite the fact that the correction criteria adapted to the pandemic have been maintained. In nine autonomous communities, students have been able to pass the Baccalaureate with a failure if their average mark in all the subjects exceeded five.

In July 2020 stupor reigned when of the 124,000 students who applied for a place on the Madrid and Catalonia campuses, only 73.8% achieved any of the options demanded. The previous year it had been 80.5%. In Spain there is a single district, that is, a student can apply for a place in any faculty regardless of where they have gone to the institute and have taken the Selectividad exam. But in practice, the vast majority of students apply for a place in their own autonomous community.

The high school graduation rate rose last year in Spain from 83% to 92%, nine points, according to the report’s data The state of education: a covid pandemic year, of the Organization for Economic Cooperation and Development (OECD). Data from the Ministry of Education for students in public schools put the increase at 10.2 points. “Chile, the Czech Republic, France, Hungary, Latvia, Norway and Spain have significantly increased their graduation rate,” the document states. In other countries – such as Russia, South Korea and Turkey – the figure was already close to 100% pass. In Spain, 12 autonomies agreed with the Ministry of Education to make promotion criteria more flexible. The Popular Party unsuccessfully challenged that agreement of the Education Sector Conference before the National High Court. But paradoxically, the most critical region with flexibility, Madrid, exceeded the national average for the increase of those approved: in 2nd year of Baccalaureate, graduates increased 13.4 points in Madrid compared to 10.2 in Spain.

The regional governments do not yet provide data on this course, but the evaluation of the Baccalaureate has weighed the exceptional conditions in which the teaching has been given, which in many cases has been hybrid (half face-to-face and half distance). In nine autonomies it has been allowed to appear at the EBAU with some suspense. But, surprisingly, three of them, the Balearic Islands, La Rioja and Extremadura, have led the decline in applicants to the EBAU, with falls of more than 10%.

Only in three territories have more students presented than last year: the Basque Country, Navarra and the Valencian Community, which have also made it possible to pass the Baccalaureate with a failed subject.

To the EBAU with suspensions

Ángela Alcalá, Vice-Rector for Students and Employment at the University of Zaragoza, explains: “Last year we increased a thousand-odd students at the EBAU and now we return to the previous curve. They passed more, due to the effect of a more permissive high school evaluation, but also with worse marks ”. This institution examines the whole of Aragon, where enrollment has fallen by 8.4%. The counselor of Education of this community, Felipe Faci, has justified the refusal of his department to allow a student to appear for the Selectividad with a failure with the argument that all the Baccalaureate classes have been this face-to-face course.

Alcalá continues: “This time the grades are better, they come prepared. I think that the very high marks, especially in health sciences – such as Medicine, which is skyrocketing – are going to be maintained, because they have been in this trend for many years, but in others that have risen a lot it will not happen. For example, Philosophy, Journalism, or English Studies had a cutoff grade above 11 [sobre 14]. But who knows what will happen, the EBAU is always a surprise ”. The last call, more than 13 out of 14 was required in 98 careers of public universities (counting individually each degree offered by a faculty, although they are repeated between the different campuses). In 2019 they were only thirty.

The vice-rector of Zaragoza recalls: “You have to bear in mind that they have a lot on them. They had to make up this year what they lost the previous year and, on top of that, live with nerves, with the anxiety of being confined again ”. Almost a third of the high school students have gone to the institute on alternate days – with Andalusia, Catalonia and Madrid in the lead – while the rest did it daily and now compete in a single district.

The Ministry of Education of the Valencian Community explains the 2.3% increase in applicants for Selectivity in the region: “Between 1998 and 2008 there was a decade of constant growth in the birth rate that makes the population cohorts they are successively greater year after year ”. This course there were 900 more students. In addition to this, the early abandonment of classrooms is decreasing and “the modifications that have been introduced to compensate for the effects of the extraordinary pandemic situation that we experienced last year and the current one, such as the EBAU’s higher elective, or the making the criteria for a Baccalaureate holder more flexible ”. Those approved in the second year of Baccalaureate grew last year in Valencia from 85% to 92%.

Last Thursday, the results of the EBAU in Navarra were known: 56 students suspended and the percentage of passed approached 98%. Every year 9 out of 10 students pass the test in Spain, although in large cities 1 in 4 does not enter the requested career.