Few inspectors and inadequate controls: Italy mourns the white deaths but politics turns the other way 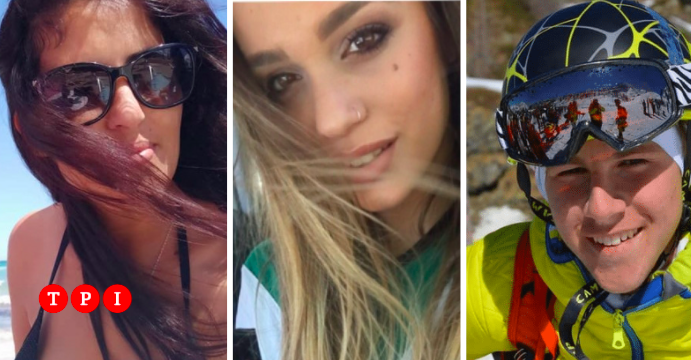 In the first six months of 2021 the victims of work were 439. Three deaths a day. And three people have died at work in the last 24 hours. A 36-year-old worker of Indian origins died of a fall from the scaffolding in a company in the province of Bergamo. He dealt with the removal of asbestos. A few hours earlier, a 47-year-old worker in Puglia was crushed by a concrete slab. From a first reconstruction it would seem that the concrete slab has detached itself from the vehicle from which it was to be unloaded, for reasons to be ascertained, falling on the worker.

One foot wrong, on the slippery ground, perhaps due to the persistent and torrential rains of the previous hours, and he slipped into a cliff where he had no escape: on 9 August he died Simone Valli, just 18 years old, from Teglio (Sondrio), at his first job as a gamekeeper.

Yesterday the funeral of Laila El Harim, the 40-year-old who died on 3 August due to an accident at work in the “Bombonette” company in Camposanto (Modena). The girl had not been trained to use the machinery in which she was stuck and killed.

These deaths are not the offspring of chance. There are specific responsibilities that must first be traced back to a cumbersome and weak control system. In 2019, every Italian company with employees was likely to be checked by labor inspectors once every eleven and a half years. Today, with a thousand new inspectors hired, we arrive at a check every nine years, keeping the relationship between inspectors and inspections firm. In other words, in the course of each year each company has an 8.7% chance of being inspected.

But that is not all. As he remembers Adriano Sofri on the Sheet, the problem does not concern only the small number of controllers, but also the machine through which it is possible to carry them out. The new director of the National Labor Inspectorate Bruno Giordano already in 2019 it raised a notable difficulty: “When blitzes were made in companies, in one hundred percent of cases, work safety violations were found. When you want to make an intervention where there is suspicion of labor exploitation, the mobile police squad needs to liaise with the ASL for security violations, with the Labor Inspectorate for contractual and social security violations, with inspectors INPS and Inail as well as with the Carabinieri del Lavoro. Six bodies to go and ascertain a crime, for which the law provides for compulsory arrest in flagrante delicto ”.

The Minister of Labor Andrea Orlando, after the case of Modena, he said that checks alone are not enough when a machine that was in order is tampered with immediately after the check. And for this he proposes to introduce a curriculum to track these behaviors.

Government sources are beginning to speak openly of a “points license for businesses”. As for the driving license, each company starts from 30 points and loses if it has injuries and accidents on its own responsibility – workers without helmet, scaffolding not up to standard – in the same way it earns points if it invests in safety and training. If the company resets the points, it is blocked from participating in tenders, while in tenders with the same economic offer, the one with the most points wins. It was already provided for in article 27 of Legislative Decree 81 of 2009 but has never been implemented “due to the resistance of some business associations”.

The truth is that white deaths are a plague that Italy is unable to eradicate and that if a hard and effective control system is not implemented, the names to cry will gradually increase from year to year. The president of the Republic Sergio Mattarella phoned Orlando to get information on the latest incidents of this type – just remember the equally terrible grief of the 22-year-old Luana D’Orazio, crushed by a machine in a company in Prato – and to find out about the initiatives taken by the ministry to combat accidents and to increase safety in the workplace. Yet it is not difficult to understand – starting from this picture – what needs to be done. It is a question of investing in men and controls by streamlining a machine that, as it is, slows down procedures too much and makes inspectors susceptible and not very protected with respect to the delicate role they play. However, it is a question of embracing a battle, taking charge of it and carrying it out against everyone and everything, especially against the pressures of those companies – especially in the construction and agricultural sector – which sometimes built refined machines on the illegal work and on the few controls. of exploitation and violations. In this sense, the name of Bruno Giordano could represent an important turning point.