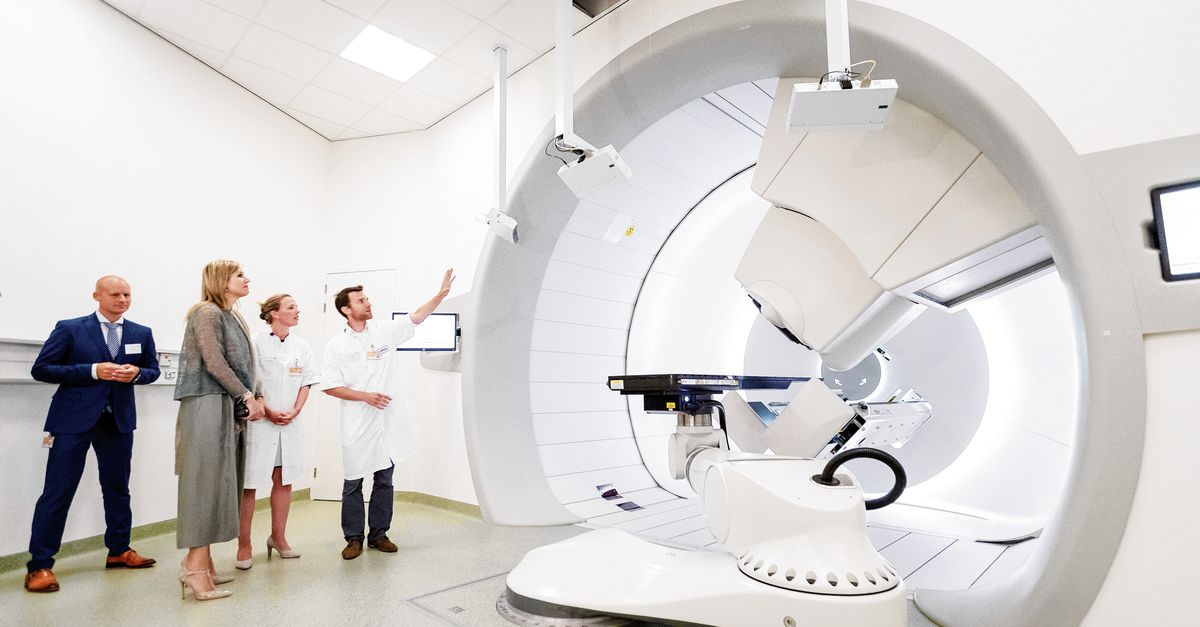 The number of cancer patients treated with proton irradiation lags far behind forecasts. The three centers built for this purpose cannot find enough patients. This is shown by research of the journalist collective The Investigative Desk, which was held on Monday in the Dutch Journal of Medicine (NTvG) has been published.

The three clinics opened in 2018 and 2019. Until October 2021, 2,067 patients have been irradiated. This is significantly less than what the teaching hospitals predicted in 2013 and 2014 to bring in the prestigious technology. When negotiating the permits with the Ministry of Health, Welfare and Sport (VWS), they stated that three to five thousand patients would benefit from this form of radiation every year.

Because the technology is expensive and the scientific added value has not been clearly demonstrated, VWS wanted to introduce proton therapy ‘controlled’ and ‘gradually’. It set the maximum number of treatments at 1,600 per year. That, too, turned out to be an overestimation. In 2020, 806 patients were irradiated in this way, this year it is expected to be about a thousand. The clinics in Groningen, Delft and Maastricht cost about 80, 110 and 40 million.

Sjoerd Repping, professor of sensible in Amsterdam, recognizes a recurring problem with the introduction of medical innovations. “We don’t have an answer to the question of what to do if a technology seems very promising, but has hardly any proven added value,” he says. “As a result, after all these years, we now have three proton centers, while perhaps only one was needed. Moreover, it is still not clear how useful this treatment really is.”

We have three centers, maybe one was needed

The disappointing figures fit with warnings that were already sounded before the construction of the centers. In 2014, the health insurers protested loudly when it turned out that the then Minister of Health Schippers (Public Health, VVD) was planning to grant permits for four clinics. Insurers predicted ‘significant overcapacity’ and feared for the “Fyra of care”. To avoid a debacle, they wanted to sign a joint contract with one center. The The Netherlands Authority for Consumers & Markets torpedoed that plan, partly because waiting lists could arise if „the patient numbers are moving towards [zouden] going from estimates”.

See also  Reader opinion I have registered to be a vaccineer, but I have only been allowed to do a few shifts

With proton therapy, tumors are bombarded more precisely with the aid of a particle accelerator than with conventional radiation. Healthy surrounding tissue is easier to save, with possibly fewer side effects. Conclusive evidence that this technology is better, however, is lacking. While proton therapy, at 30,000 euros per treatment, is about 2.5 times more expensive than classical photon irradiation.

“We get fewer referrals than we all expected,” admits Liesbeth Boersma, radiotherapist-oncologist at the smallest proton center in Maastricht. Other hospitals send patients on to a limited extent: only a quarter come from outside the proton centre. “Extremely worrisome,” says Boersma, who fears that patients will be deprived of essential care.

This year, the Maastricht clinic treated 179 patients from January to October, which was estimated at 400 annually. The clinic in Delft, the Holland Proton Therapy Center (HPTC), treated 220 patients in the same period, while the estimated capacity for the whole year is 600.

This center is the responsibility of the academic hospitals of Rotterdam and Leiden and the TU Delft.

Marco van Vulpen, medical director of the HPTC, is particularly critical of the expectations raised by the boards of directors at the time. He calls the business cases “ridiculous” and “whipped”. The proton center in Groningen seems to be the only one to gain insight into achieving the objectives. It is expected that 480 patients will be treated there this year. The target is 600.

Internal documents, obtained on the basis of the Government Information (Public Access) Act (Wob), show how the government received various warnings. The Health and Youth Care Inspectorate concluded at the time that “none of the four plans had a conclusive business case”. Radiation therapists who were not themselves involved in an initiative thought “four institutes too many to start with” and the professional association wanted to “consider further centralization”. “Starting four centers at the same time goes against the feeling that we have to be frugal and careful,” said an official of the Dutch Healthcare Authority. And the National Finance Inspectorate found that one or two centers would have the household book in order more easily and quickly.

Nevertheless, VWS gave in to pressure from academic hospitals. This is related to the way in which the ministry laid down the permit criteria. It determined this together with the academic hospitals in an ‘administrative agreement’. Without such a polder trajectory, VWS feared lawsuits from rejected hospitals, . With possible damage claims and many more new proton clinics as a result. For example, the consortium of ErasmusMC, LeidenUMC and TU Delft rejected the requirement that a proton center be built next to an existing hospital. The HPTC was eventually built next to TU Delft.

Public health thinks it is too early to conclude that there is overcapacity. The department mainly sees delays, for example because it takes doctors much more time to determine which patient really benefits from the treatment, says a spokesperson. “This all takes time and is taking longer than the centers had foreseen,” he emails. The joint proton centers support this view.

The fourth license for proton therapy is in the hands of the Amsterdam UMC. When asked, the hospital reports that it will abandon construction.

The Investigative Desk is a collective of investigative journalists that finances its work through donations, grants, co-funding and fees. Funders have no say in the investigations. This research was realized with the help of the Support Fund Freelance Journalists.