Festa degli Azzurri on the bus, the replica of the FIGC: “Choice shared with the institutions” 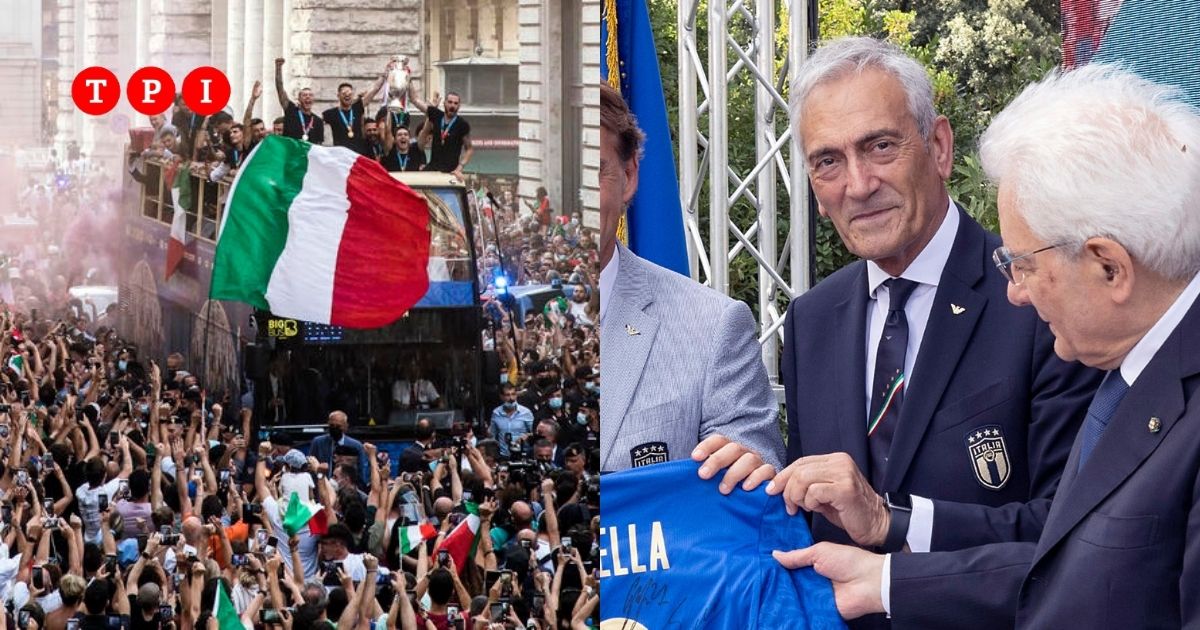 There Italian football federation (FIGC) responds to the controversy surrounding the gatherings that were created after the parade with the open bus of the Italian national team. The parade of the Azzurri on the streets of the capital “Was not authorized”, as stated by the prefect of Rome, Matteo Piantedosi, in this morning’s interview with Courier service.

“It is not our intention fuel further controversy, Why we don’t want to turn a moment of national joy into a divisive issue“Said the president of the FIGC, Gabriele Gravina, in the note of reply to the prefect’s statements.

The FIGC has “always been responsible, but above all respectful of the Italian institutions and fans ”, adds Gravina. The note explains that “upon arrival in front of Palazzo Chigi” the FIGC reiterated “the request, at this point shared by the institutions, for a short ride on the open bus “.

“After the ceremony at the Quirinale – continues the FIGC in the note – at the request of the team, which he saw in minutes increase the crowds on the way up to Palazzo Chigi, it was reiterated the request to be able to use the open bus, prepared in advance for any eventuality, in order to sharing the immense happiness for a sporting success of this magnitude with the thousands of people already massed on the streets. On the way to Piazza Colonna, the covered bus carrying the team was repeatedly slowed down, then blocked and literally overwhelmed by the affection of the now very numerous people, who chowever, he was not already wearing personal protective equipment (the so-called masks)“.

“Upon arrival in front of Palazzo Chigi, felt that the situation was no longer manageable as the covered bus had not dissuaded the fans from encircling the Italian delegation in every way, we were still reiterating the request, at this point – underlines the Federation in note published by Courier service – shared by the institutions, for a short ride with the open bus, also with a view to protecting the safety of the players and not to disappoint the thousands of people who had already poured into the center of the capital in the hours preceding this meeting “.

“The way they have been managed those excited moments of great popular participation, the FIGC thanks the representatives of the Police, who accompanied the national team with a great spirit of service and commendable professionalism ”, concludes the note.