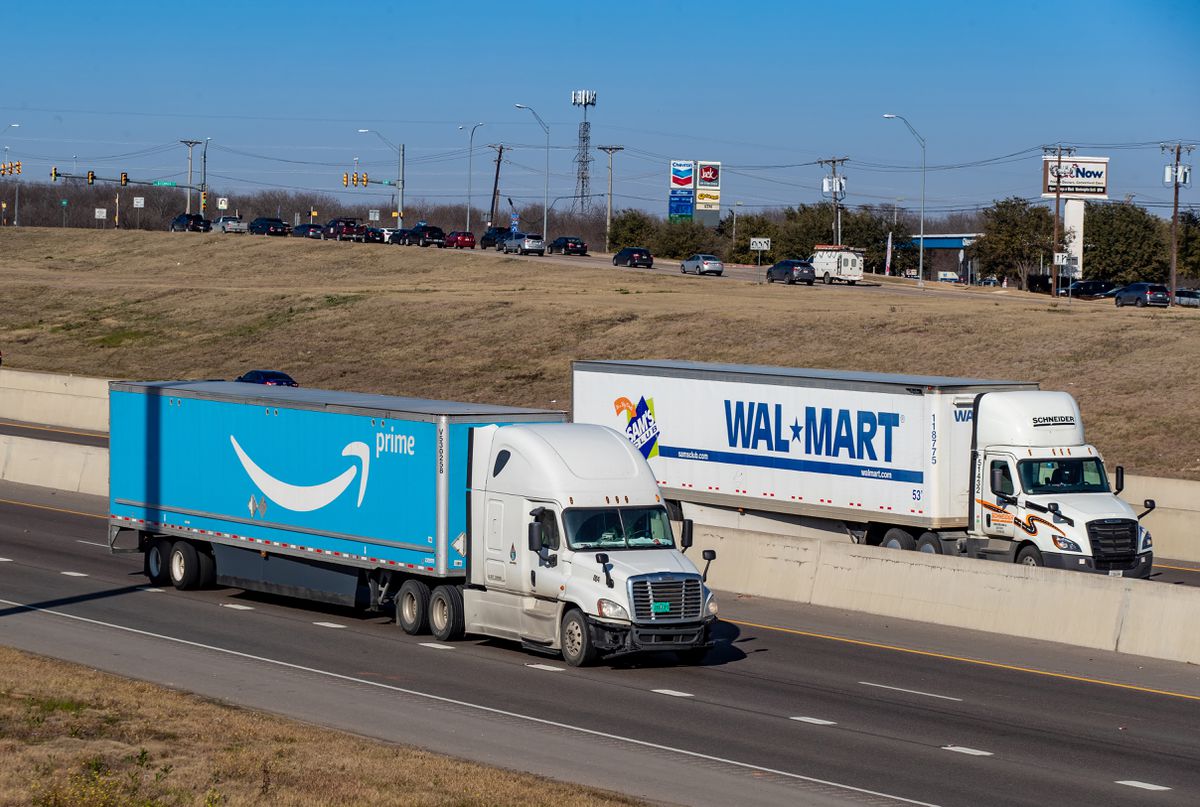 Perhaps simplifying it too much, Ferrovial’s problem in 2020 can be summed up in the acronym WFH (working from home, work at home). Its main assets – the North American highways and especially the airports, with Heathrow at the fore – encountered the pandemic and caused a good part of the company’s losses, which after entering 6,300 million, 4.7% more than in 2019, it ended, however, with 410 million in the red. Their managed lanes (roads managed with dynamic tolls, which become more expensive or fall in price depending on the traffic at each moment) were no longer attractive to avoid traffic jams in Toronto or Texas, because traffic jams ended and users stopped paying to save them. At the London airport, of which they own 25%, the drop in tourism and business travel was 72%, and at its Aberdeen, Glasgow and Southampton airports, even more. The year also ended for the Spanish multinational with 80,000 employees, 12,000 less than a year earlier, mainly due to the sale of its services business in Australia (Broadspectrum), and the loss of almost 3,600 million in capitalization, with data on the price of this week.

“The fall in traffic on highways has been between 35% and 40%. On the contrary, we have had a positive impact on the increase in electronic commerce – many operators such as Amazon have installed on the highways in Dallas, which multiplied their trips, ”they point out in Ferrovial. The question now is how will the recovery of traffic on the roads that operate and when it will occur. “We trust it to be fast. In the United States the vaccination process is very advanced ”, they maintain in the multinational.

Because mobility is, paradoxically, the tailwind that the company hopes to have in the short term. Its construction division was the best performer in terrible 2020, partially offsetting the decline in other branches. And construction is also the one that is giving the best news in the first bars of the year. In recent weeks, Ferrovial, through a consortium between its construction subsidiary and Webber, a US company of its own, has been awarded the expansion of the I-35 highway, in San Antonio (Texas), in a contract of 1,273 million of euros. He has added another highway in Georgia for 193 million to his portfolio; rebuilding a highway in Texas for another 252 million, and has been selected to renovate roads in Houston and Laredo. In sum, with 23,156 million in future projects (10,129 under construction), it keeps its sights set on its main market, the United States, which in the coming years will receive a significant injection of funds from the federal government’s recovery plans to revitalize its network Of transport.

Its Polish branch of the sector, Budimex, also finished a good year (70% of the sales of this division are in the USA and Poland). And in other markets they have unique projects, such as the control tower at the Jorge Chávez airport in Lima or the expansion of the Porto metro. In parallel, the company has launched a project called Abacus aimed at achieving a sales size of this division of about 6,000 million, with sustainable benefits and more controlled risks to improve profitability, so that the margin on the ebit goes from 2, 3% today to 3.5% in 2024.

But the price continues without recovering the levels prior to the pandemic and there are a lot of uncertainty about air traffic. IATA, in its last analysis in February, found the weakness of world demand, with revenue per passenger 74% lower than precovid levels. And the idea is taking hold that business trips will never be the same again, even if vaccines lower infections.

Analysts at Bank of America, JP Morgan and Kepler Cheuvreux, however, recommend buying shares of the Spanish company in their latest notes to investors. The remuneration to shareholders, although it has fallen, stood at 377 million (added dividends and share buybacks) compared to 520 in recent years. At JP Morgan, they speak of the worst omens having dissipated – that their broadcasts will become more expensive, a slower recovery in traffic or expectations of lower dividends – while at Kepler they influence this teleworking effect, “a powerful trend, but with a very diluted theoretical potential ”, they say. From Renta 4, Ángel Pérez sums it up in that Ferrovial “has a very clear potential: it is a healthy company, with net cash, good assets and a long-term path”. And it reflects on the longevity of its highway concessions, 50 years from now, which dilutes the risks of suffering one or two bad exercises.

The company, which boasts a good financial position (the credit ratings of S&P and Fitch, both of BBB, are good), continues without finalizing the sale of its subsidiary of services two years after making the announcement. The president, Rafael del Pino, made a special reference in his speech at the last general meeting: “It is taking longer than expected,” he acknowledged, and promised to give news this year. So far, the only divestments in that division, of 500 million, have been made in Australia and New Zealand.

And for the immediate future they do not want to miss the train of European recovery funds. The group leads 37 projects worth 5,000 million to attract grants from the Next Generation plan and participates in another 24 plans. In their proposals there is everything: urban rehabilitation, comprehensive transformation of industrial estates incorporating electric mobility, more energy efficiency, electric urban mobility, generation of renewable energy from waste and even the colorful plan of vertiports: a network in Spain of 20 infrastructures to operate vertical take-off electric aircraft (flying taxis). Airbus, Lilium and Tecnalia have joined the idea.

Grow More, Get More: 7 Must-Have Herbs to Grow in Your Garden