The fourth fastest time obtained today by Charles Leclerc in qualifying for the Turkish Grand Prix is ​​the reward for a team effort in which all the parties involved have done their best.

The Ferrari technicians have chosen to look at the spoils of the stage, that is to say tomorrow’s race, and to ensure that they can play it as best they can, they have opted for a choice that is not without risks.
“We opted for a lower downforce – confirmed Leclerc after qualifying – it should be the right choice for the race and we hope it will bear fruit tomorrow. But obviously with this configuration I slipped a lot in qualifying, and I had to fight a lot to be able to get through the rounds ”.

Charles Leclerc, Ferrari SF21, returns to the track after the spin

Charles struggled a lot with a car that was struggling to warm up the tires, especially in the Q2 session when it was necessary to fit the medium tires to avoid having to add an extra stop to tomorrow’s race.

There was a moment of tension when seven minutes from the end of the session Leclerc made a mistake by losing the trajectory in the last corner, but a quick return to the pits and a tow in the last lap guaranteed by Sainz allowed Charles to breathe a sigh of relief.

After the fear passed, the qualifying finale allowed Ferrari and Leclerc to find the ideal conditions to exploit the potential of the car, namely a drier track and soft tires. The Monegasque made his contribution to the final lap, with a moment that changed the face of the Ferrari afternoon by putting an important base for tomorrow’s race.

“It was a very intense and tight qualifying – commented Laurent Mekies – today it was not really easy to manage the many variables, starting with the one linked to the weather and the choices made in terms of aerodynamic load, especially on Charles. He was very good, keeping a cool head even when the situation could get complicated and then he placed his paw right at the end with a beautiful lap ”.

The one that is proposing the last third of the season is undoubtedly a growing Ferrari, and the race-team (which has been making the most of the material available for some time) has also been joined by the evident progress on the power unit front, as highlighted today. from the findings that emerged on the Istanbul park straights.

Top speed could play an important role in tomorrow’s race, a race that, by virtue of the penalty that Lewis Hamilton will serve, will see Leclerc start from third position.

Charles will have at his disposal an important weapon such as top speed, which he can use in attack, if the opportunity arises, and in defense, if he has to watch his back.

However, the choice of the low downforce setup is not an absolute cure-all, as we will have to deal with tire management. Much will depend on the track conditions, but obviously with a less accentuated downforce the car exposes the car to slips that do not help the management of the tires. It is a risk, but it is worth taking it since at the start in the top-10 everyone (except Tsunoda) will start with the more reassuring medium compound instead of the risky soft.

On Saturday the Ferrari driver also made the contribution of Sainz, who will start from the last position tomorrow.

In the plans of the Spaniard there was only the dispute of the Q1 session, but Carlos managed to guarantee two bonuses to the team. In the first session he managed to keep his direct rival Daniel Ricciardo out of Q2 (McLaren is Ferrari’s opponent in the race for third place in the Constructors’ classification) and finally returned to the track to ensure a providential wake for Leclerc.

“Carlos made himself available to the team with great team spirit – commented Mekies – starting yesterday an obscure job that, we hope, will bear fruit, but even today he gave a good hand when it was needed. “. 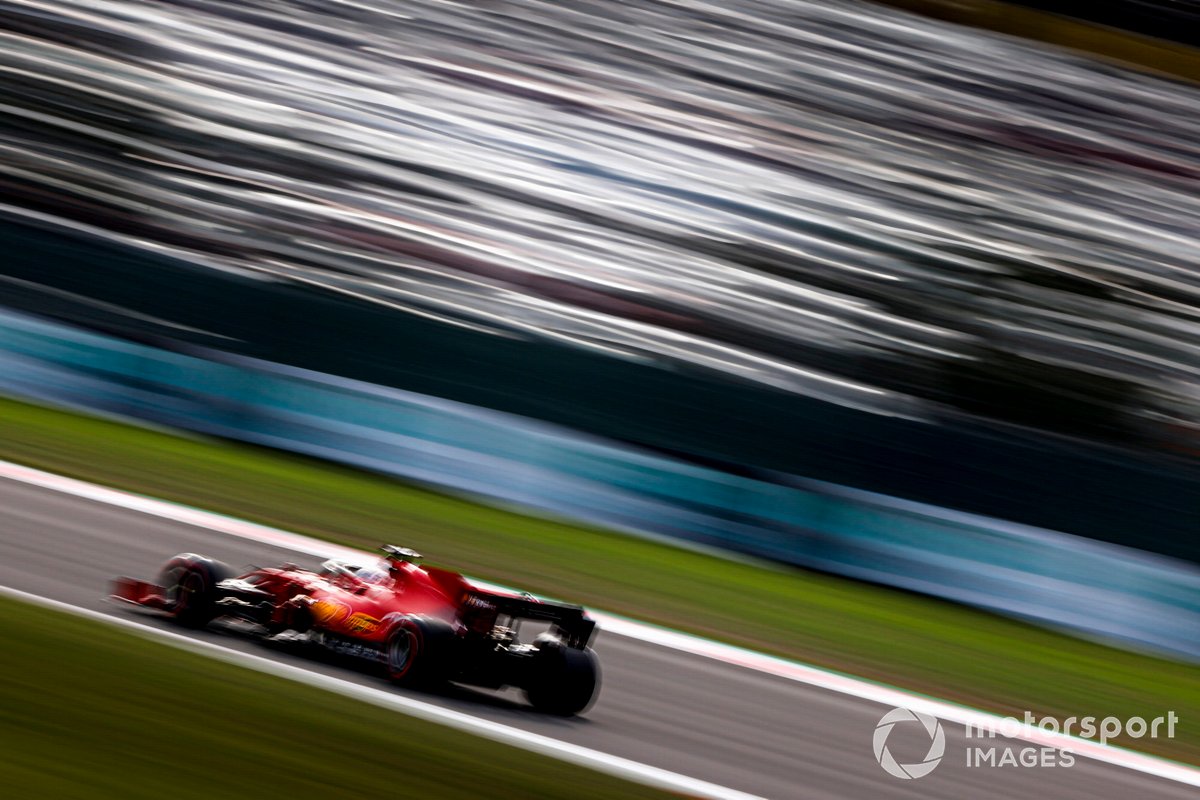 “It was a shame not to be in the race for the best time today – explained Sainz – especially considering the performance of our car in the dry. It’s hard to accept but looking at things in perspective, it’s better to take penalties now and be able to count on a better power unit for the rest of the season. “

“I would say we executed the plan perfectly today: we comfortably qualified for Q2 with a calculated risk, managing to eliminate a car that in the end turned out to be a McLaren. Then in the second phase I stayed in the garage and walked out with perfect timing to help Charles with his slipstream in his attempt with Medium tires ”.

For Sainz tomorrow there will be an uphill race but with a clear plan: differentiate the strategy to recover. “Everything will depend on how the car behaves in traffic and how we manage to get back into the group without damaging the tires too much – concluded Carlos – the pace has been encouraging throughout the weekend and for this we are ready to fight to recover as much as possible. possible”

Aggression, wings, courage: Juve are all ahead also in Serie A