Ferrari: the team is there, the drivers too, now we need the car

The countdown says ‘minus two’. These are the races that are missing at the end of the 2021 World Championship, a season that Ferrari has lived (and is experiencing) with an eye on the present and an eye on a future that is now just around the corner.

The weekend in Qatar for the Scuderia was a stop that came in a period of growth, and to say it are the numbers: if we exclude the ‘non-raced’ Grand Prix of Spa-Francorchamps, Ferrari’s stage haul (10 points) was the lowest ever since the nightmare weekend experienced in early summer on the Paul Ricard. And just as happened on the French track, Charles Leclerc and Carlos Sainz had to deal with tire wear.

The lesson learned in the French Grand Prix, at the end of which Ferrari had to deal with two cars outside the top 10, was useful.
“We asked the drivers to always be very careful when driving – explained Mattia Binotto – without taking any risks and trying to focus on a strategy based on just one stop. It was a conservative choice but, in light of what happened in the finale, it paid off ”.

It was not an easy Sunday for Leclerc and Sainz, forced to drive based more on the feedback coming from the pits than on the rivals on the track, but in the end this strategy gave something fruit.

The seventh place of Carlos, passed under the checkered flag in front of Leclerc, is a precious loot (10 points) especially if combined with the only two points won by McLaren, direct opponent in the race to what is the only goal that remains in this season finale, or the now well-known third position in the championship standings.

The strategists of Ferrari have planned the 57 laps of Losail aware of the limits of the car. To avoid repeating the débâcle of the French Grand Prix the only way was a one-stop race, and to do this it was necessary for Sainz and Leclerc to be able to cover almost half the race with the set of medium tires mounted at the start.
“Before the start there were still some question marks – explained Sainz – the start with medium tires was difficult because I struggled to fight with the cars around me. I concentrated on extending my first stint to the maximum and then taking care of the Hards in the opening laps of the second ”. Then from the pits came the news that Carlos (and Leclerc) had been waiting for for some time, that is… “you can push”.

At that point the times dropped considerably, and both ‘reds’ (with Leclerc managed to climb up behind his teammate) expressed themselves on the times in line with their direct opponents.

“When they told me we were calm and we could push until the end of the race, I finally had fun – commented Sainz – I reached Ocon and Stroll but I found myself in a train where everyone had DRS and I was unable to attempt the overtaking”.

The Prancing Horse’s strategy also made it possible to indirectly recover two positions thanks to the tire problems that affected the race of Valtteri Bottas and Lando Norris, both forced to make an additional stop in the pits due to a puncture in the left front tire.

A seventh and eighth place is certainly not an exciting haul, but today it makes little sense to point the finger at the 80 seconds that separated the Ferrari tandem from Hamilton on arrival. The SF21H is better suited to some tracks, taking it to the role of third force, and less to others, such as Losail, and has been a well-known reality since last spring.

The Cavallino racing team returned to Maranello after a grueling triple-header on the effort front, budgeting a 47 to 4 against McLaren, and this is a better tally than expected.
“Overall it was a positive hat-trick – concluded Sainz – in which I have always been comfortable with the car and fast in every session. We have also increased our lead over McLaren and we must be happy with that. Before tackling the last two races of the season we need a little rest, especially for the mechanics and the guys on the track ”.

For the Ferrari garage technicians, the Qatar weekend also entailed an additional effort, linked to having to assemble Leclerc’s car around a new body, an operation that became indispensable due to a crack that emerged on the Monegasque’s chassis after qualifying. All within the time limits imposed by the curfew, which is less than five hours.

“I am happy to have found my pace after a frustrating qualifying – commented Leclerc – for this I would like to thank our mechanics for the incredible job they have done in replacing the chassis of my car. From the first laps of the race the sensations in the car were much better and I felt I could go back to pushing. In terms of absolute result, an eighth place is clearly not particularly exciting, but if we consider that I started back and look at my pace, especially in the second stint, I feel I can say that I managed a good recovery. There are only two races left at the end of the season and we will do everything we can to carry on this positive trend until the end of the championship ”.

The garage won its race against time, and also during the race another important contribution came with a double pit stop performed flawlessly.

The team is there, the drivers too, and the team as a whole seems to have grown well during a 2021 undoubtedly better than the previous season but still far from the objectives that Ferrari sets for reasons of … DNA.

For the leap in quality expected in 2022, everything seems ready, only the single-seater that we will see next February is missing, a car that for many different reasons will be one of the most anticipated in the history of the Scuderia. 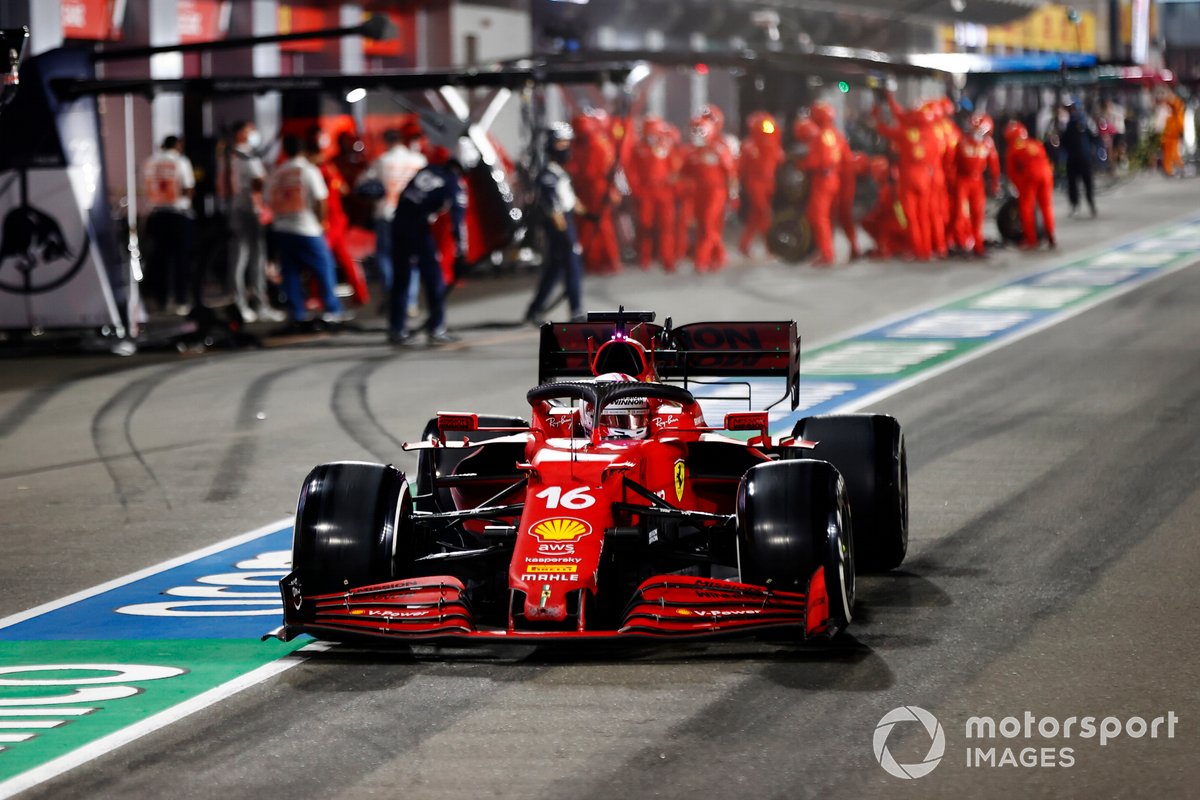 In Kolyma, a member of an organized criminal group from Ingushetia was detained for extortion from women