Ferrari, Mekies satisfied: ‘We are ahead of direct rivals’ 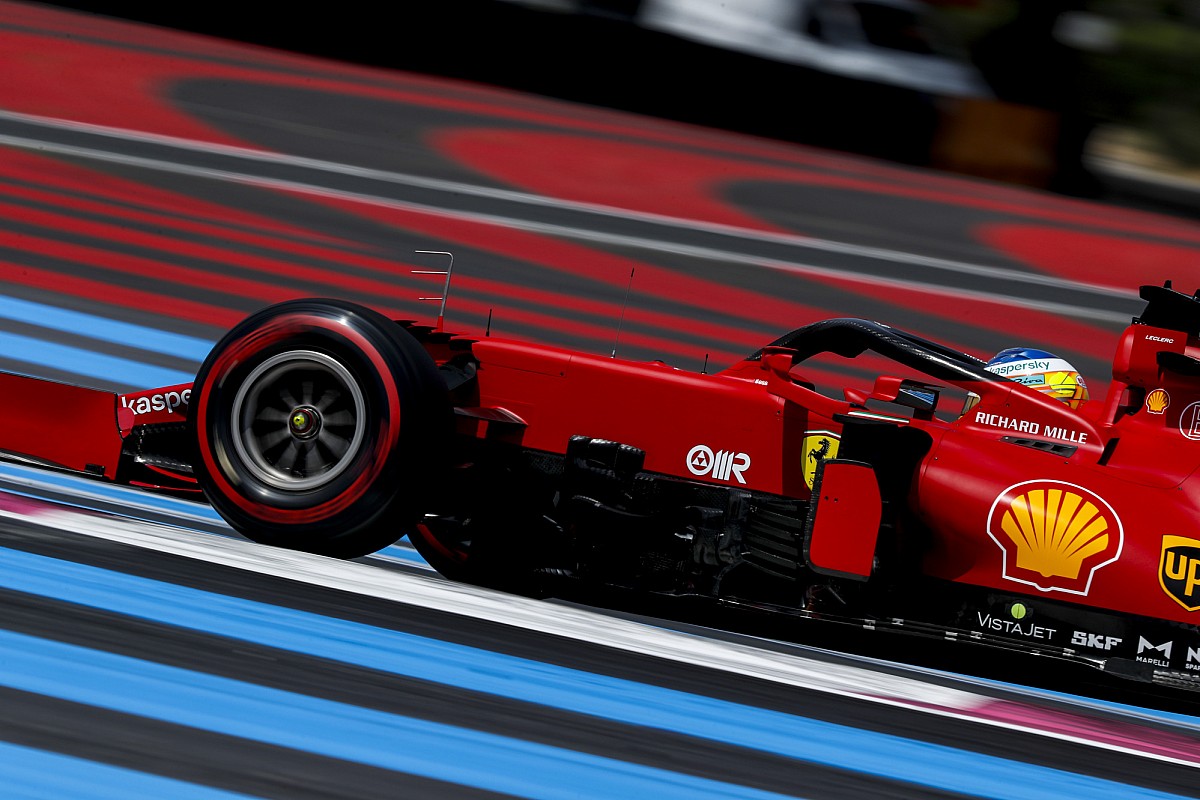 Ferrari has achieved its goal of the day. Carlos Sainz confirmed himself first of the ‘others’, thanks to a fifth place that certified Ferrari as a third force.
“We had arrived here aware that the balance of power on the field would not have been those seen in two atypical circuits such as those of Monaco and Baku and that the characteristics of the Paul Ricard did not marry those of the SF21 – explained the Racing Director of the Cavallino. Laurent Mekies – but we still managed to reaffirm ourselves once again as the best team behind the two teams fighting for the World Championship. In addition, as happened in the three previous qualifying, we put both our cars ahead of those of our direct rivals ”.

The pole position arrived (somewhat surprisingly) in Monaco and Baku, as already pointed out on several occasions, were linked to the characteristics of the tracks that were best matched with the characteristics of the SF21, and the return to Castellet brought back the Ferrari in the reality of permanent tracks. From this point of view, the results obtained today at Paul Ricard by the ‘reds’ must be judged positively, especially in view of the comparison with McLaren, Ferrari’s first opponent.

After the disappointment of Baku on Saturday the French brought the smile back to Sainz’s face, who confirmed up to the checkered flag what good he showed from free practice.

On several occasions the Spaniard had been mocked at the last minute by Leclerc, but not today at Paul Ricard. Sainz confirmed an excellent feeling with the first sector, a stretch of track in which his partials were very close also to poleman Verstappen, and above all always better than Leclerc, thanks to an excellent interpretation of the sequence of curves ‘3’, ‘4’ and ‘5’.

“Carlos is having a great weekend – confirmed Mekies – showing his growth: his qualifying was really good. Charles did not find the right feeling, especially with the front, but he still managed in his last attempt to get closer to that third row that was within his reach ”.

Those who expected the Monegasque’s final kidney stroke (Leclerc house specialty) were disappointed, but in reality in the last available lap he tried to get the most out of it, managing to improve his time, but not so much that he could bridge the gap with Sainz.

“A difficult qualifying – confirmed Leclerc – because I was unable to adequately cope with the balance problems I had, which for me were above all at the front. We will work to understand how I can adapt my driving style and manage the car better in the race ”.

Charles complained several times over the radio of understeer which he struggled to manage.
“But it comes more from my driving style than from the car – admitted Lecler – because Carlos is able to manage it better. But in the end I was happy with my last lap in Q3, let’s say that previously it was a disaster, I was very far away, but in the last ‘runs’ I managed to find some performance ”.

Ferrari tried to address the problems Leclerc complained of with a front wing setting that Leclerc described as “more aggressive than usual”, and the feedback was positive.

Now the focus will be on the race, which in fact is the most difficult test for Ferrari. “We know that on pace we are not yet where we would like to be – confirmed Mekies – we will prepare as best we can and we will continue to do so in the coming weeks to give our riders an increasingly competitive package”.

Friday’s long-runs confirmed a Ferrari that is more at ease with hard tires than with medium-sized tires, a compound that will be mounted at the start.
“We start from a good position – concluded Sainz – and yesterday our race pace was not bad, but I expect our direct competitors to give us a hard time tomorrow. It will be essential to have a clean first lap and have a good strategy to guarantee us a positive result in France ”.