Fernando Alonso answered the question of who is the best: him or Lewis Hamilton 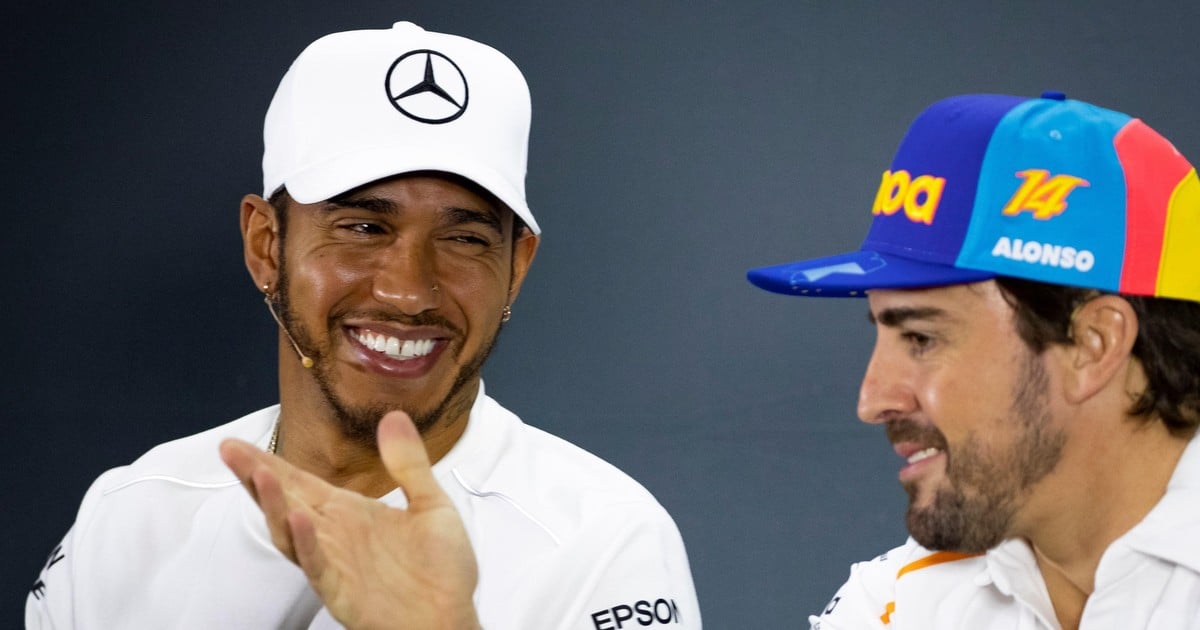 On Google, the name of Fernando Alonso brings up a question: is he better than Lewis Hamilton? With that doubt as a premise, the channel WTF1 of the YouTube platform, hosted by Matt Gallagher and Tommy Bellingham, who present themselves as Formula 1 fans who do a program for fans, took advantage of a joint interview with the Spanish, Tony Kanaan and Rubens Barrichello, who this weekend will run the 24 Virtual Hours of Daytona, so that its protagonist answers that question.

First, Alonso asked to hear what his friends Kanaan and Barrichello had to say. The first one was forceful: “It is in my books. I am very loyal to my friends, so I am blind. For me, Rubens and Fernando are the best drivers.” While one of the protagonists of the Argentine Super TC2000 tried to be politically correct. “The season they were together was the best ever. Having two of the best drivers in history together at the same time is very difficult, “he said.

With that time ahead to think about his answer, Alonso spent two minutes answering the question that came from the most important web search engine on the planet. “It is difficult to compare times and drivers even at the same time, because you have to have all the ingredients together to have a fair answer. It is true that having the same car and the same team in a year is a good opportunity to compare drivers. In the end, the score was 109-109. That’s one answer“He started on what happened when they both raced at McLaren in 2007 and fell one point behind champion Kimi Raikkonen, who took advantage of the problems between the British teammates to win with the Ferrari.

“A lot of people remember that it was their debut year and that it wasn’t mine, but I can say that I switched to Bridgestone which was a GP2 tire at the time compared to the Michelin ones we were using at the time. My first three or four. Racing and winter tests were very difficult on these tires because I had to readjust my style and so on, this was never public, because it has no interest. But that it was his rookie year is true, the Bridgestone change is true“He defended himself.

Hamilton and Alonso in their time as teammates at McLaren. Reuters photo

At the same time, he referred to “the luck factor” that “is very important” and that did not accompany them that season. “I think Lewis entered the Shanghai pitlane in the penultimate race, it was a bad time for him. I had two gearbox problems. I started tenth in two races. I had one of the most unfair penalties in Hungary, with a block in the pitlane, as they called it at that time. From being on pole, you are tenth in Hungary. And if you lose the championship by one point, that hurts, when it’s because of something like that. It was 109-109, but now I’m happy to see Lewis’s hits“, he claimed.

“As we said,” he rounded, “in Formula 1 it is difficult to compare. Michael (Schumacher), Lewis (Hamilton), Senna … They have all been huge in their times, and with many victories, but you need a complete package with the car. . Lewis has had it so far and he’s showing it“.

Alonso will return to Formula 1 in the team with which he was two-time champion and from 2021 he will leave the name of Renault to be called Alpine. Regarding his return, the Spaniard said: “It is not that I was completely far behind the wheel. Formula 1 is so big that sometimes people think that you forget because you have been doing other things for two years. People say: ‘Oh my, how are you going to be after two years’, ‘Are you going to remember how to fly?’. People are surprised. I’m looking forward to it, but maybe less than the outsiders. “

Finally, he recounted the feelings that he was awakened by driving in the preview of the last Abu Dhabi GP that Renault R25, with a V10 engine, with which he was world champion in 2005. “He spoke with Rubens. We are living in the best era of Formula 1. All the manufacturers with Toyota, BMW, Honda, Ferrari … They were all there with great sponsors, great races … I think it was the best moment for pure Formula 1, not only because of the track show, but also Out. Driving that car again was a reminder to all of us that we fell in love with as children, when we watched it on television and heard those engines. Tony also drove a V10 in Jerez, I think. The three of us have been extremely lucky to drive those. cars. It was pure F1, “he remarked.

Angie Arizaga confirms romance with Jota Benz: “I am in love”