Fernán Quirós and the restrictions: ‘It does not work to put a policeman inside each house’ 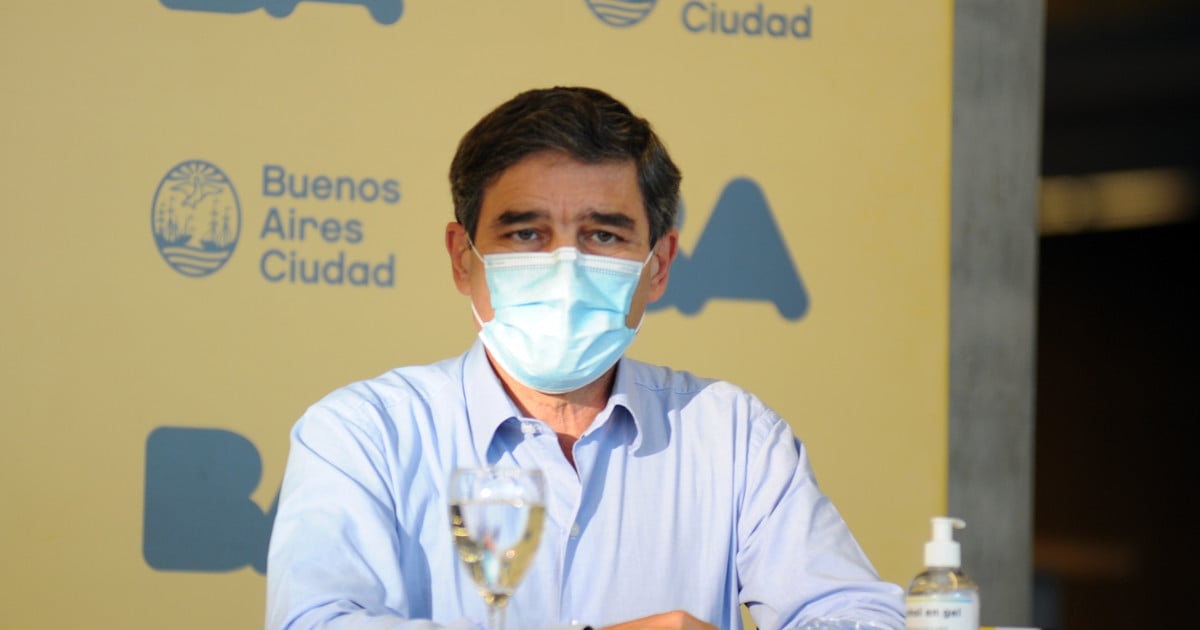 The Minister of Health of the City of Buenos Aires, Fernán Quirós, valued this Thursday the social responsibility over the restrictive measures to combat the coronavirus pandemic, since “it does not work to put a policeman inside each house“.

“The most dangerous strains will come for sure, because people keep traveling. For this reason, efforts must be made to detect those infected in Ezeiza, which is very important that they comply with quarantine when they enter the country, “the official warned in an interview he gave to TN.

And he added: “More than restricting, we have to learn to take care of ourselves. It doesn’t work to put a police officer inside every house to see what people are doing. “

Pfizer and the vaccination campaign

On the other hand, when asked whether the Government should modify the law to be able to buy the doses of the drug manufactured by Pfizer, he argued that “If you want to buy Pfizer vaccines, obviously you have to change the law quickly, because that’s the only obstacle. “

In this way, he predicted that “for end of june, the epidemiological reality will be different in the City “, since,” in the face of the same social effort, the curve will descend faster. ”

“According to the experience of four or five countries, when 40 percent of the population is reached with at least one dose, the epidemiological curve has a first major change in your transmission speed. When you get to at least 60 percent, the curve is clearly already down significantly, “he added.

The Buenos Aires Minister of Health, Fernán Quirós, has already received the first dose of the coronavirus vaccine

Likewise, he assured that when “a significant group of the population vaccinated with the double dose is reached, the disease will be very different”, and analyzed that this “will probably happen in the last months of the year“.

Finally, he referred to the benefits of being vaccinated: “The City made an analysis of the first 700 thousand vaccinated, compared with a group with similar characteristics from CABA, but who had not received the dose. In total, the people who received the double dose they had 98 percent less likely to die“.

Meanwhile, “this value decreases between 50 and 60 percent among those who received only the first dose”, for which he concluded that “being vaccinated greatly reduces the possibility of having a deadly disease“.