Federico Pizarro, the figure of the national team in the handball World Cup who overcame the coronavirus and dreams of more 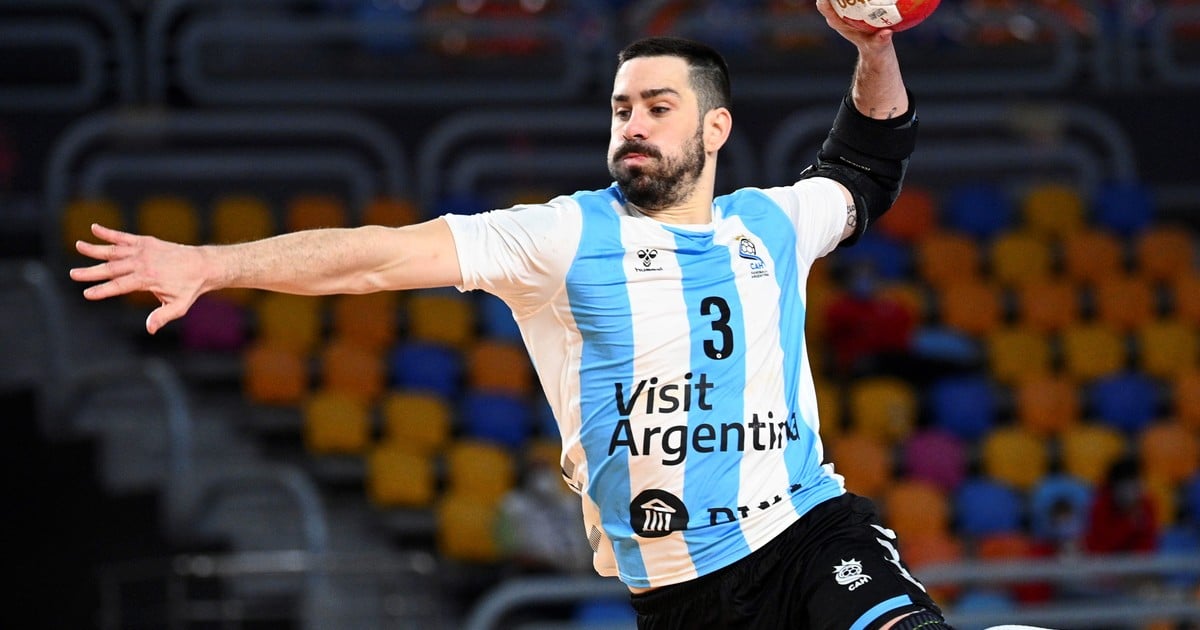 The Gladiators They started off with the right foot their participation in the second round of the Men’s Handball World Cup in Egypt. And in the victory against Japan, on the first date of group II, much had to do Federico Pizarro, who was the top scorer for the Argentine team, with ten goals, and also won the best player of the match award. The 34-year-old winger is one of the team’s great figures in the tournament, the seventh in a career that started much later than usual for a player of his level.

It is that Pizarro only began to play handball in his teens. As a kid, when I had to choose what to play at school, I always opted for volleyball. And in his spare time, like the vast majority of Argentine children, he dedicated himself to soccer. But at the age of 15 he decided to change course, because in this sport that is so popular in our country “he didn’t see a future”, as he told a few months ago in an interview with DeporTV. And since his father told him that he had to do something, he went to try handball.

Started in Silk and in 2005, without having had the usual journey through the lower categories, he was already playing first class, when he was still young. This year, Fernando Capurro, who was the coach of the Argentine under-19 team, saw him by chance in a match and called him to play the Qatar World Cup in that category. Pizarro put on the Argentine shirt for the first time and did not take it off again. And over the years, it became an emblem of the senior team.

Federico Pizarro took the Man of the Match award in the win over Japan. IHF Photo / Egypt 2021

The man from Buenos Aires is the top scorer in the history of the national team with 659 goals and has already played more than 200 games. It was gold in the Pan American Games Guadalajara 2011 -where he was featured in the final against Brazil, with that unforgettable free kick goal in which he seems to defy gravity in his attempt to overcome the barrier- and Lima 2019 and silver in those of Rio de Janeiro 2007 and of Toronto 2015. He played two Olympic Games, London 2012 and Rio 2016.

Two years ago, a torn cruciate ligament in his left knee left him out of the Qatar World Cup 2019, but he returned with everything and had the pleasure of adding another ecumenical appointment to his personal account.

In Egypt, he quickly became one of the figures of the selected team. Scored five goals in debut win against Congo; six in front of Bahrain and 10 ante Japan, at the start of the second phase. In those last two games the best player on the court was chosen. But he assured that he does not feel that award as his own.

Pizarro is one of Argentina’s most prominent players in Egypt, his seventh World Cup. Photo Anne-Christine Poujoulat / AFP

“It belongs to the whole team. Because without what they do on the field, I could not make all the goals I did,” he commented, after the duel against the Asians, who in the last year was encouraged to a very big change .

Because after playing in Argentina for more than 15 years -in Sedalo and A lu– accepted the club’s proposal Enchanted city of the League of Spain, which he arrived last August. There he shares a squad with four other Argentines, who are also in Egypt, Pablo Simonet, Lucas Moscariello, Leonel Maciel and Pablo Vainstein.

Why did you choose to continue your career in Europe? “One of the reasons was that I thought it was a very good decision for the national team, especially considering that Tokyo 2020 is coming. What always motivates me the most is the national team,” commented who experienced some difficult weeks at the end of October , after testing positive for Covid-19.

With the same claw that he puts every time he goes out on the court, he beat the virus, but it took almost 20 days until one of his controls tested negative and he was able to return to the court.

Today he is enjoying a special World Cup with Argentina and dreams of getting into the quarterfinals, that goal that seems so far away on paper – only the best two of the second phase advance to that stage and they share a group with Denmark, who beat them in the first phase, and Croatia, two powers – but which they refuse to give up.

“Reaching the quarterfinals would be a historic milestone for us. One dreams of beating rivals of that first level, but the reality is that today, the way things are, is complicated,” he analyzed in the World Cup preview.

This Thursday, after the victory against Japan, he commented: “It is a very even second round, both the Croats and the Danes are a few steps above the rest. But we are a team that fights, today we show it. Japan improved a lot, we needed be very good on defense to block their speed and we did it. The two points we got are very important. “

“The toughest game is coming with Croatia, which is one of the best five teams in the world. We will have to continue raising the level to be able to be in the game,” closed the Argentine side, who despite having discovered his passion for the handball only in his teens, became an emblem of the Gladiators and now wants to make history in Egypt.

Without Carnival due to the pandemic, the artists of Rio de Janeiro protest the deaths and homelessness

Street prostitution under the influence of the pandemic