Fear of the coronavirus vaccine, the market for fake certificates grows in Russia 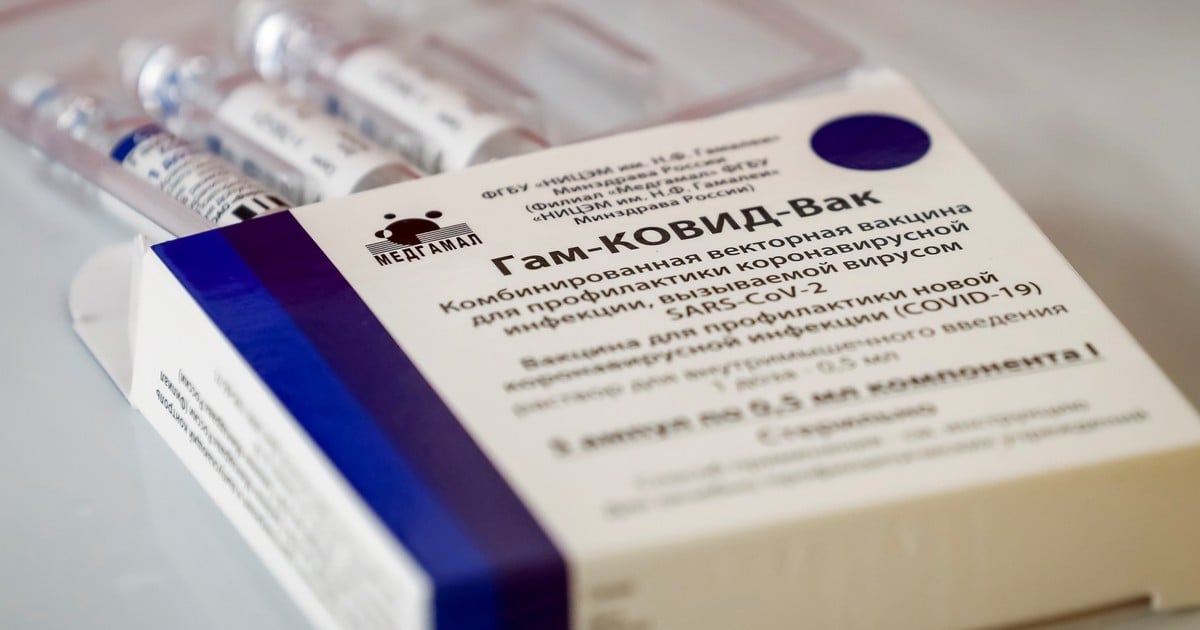 Russia, which produces and sells the vaccine Sputnik V to several countries, it fails to convince a large part of its population to apply the injection against the coronavirus. Thus, under pressure from the authorities, many prefer buy fake certificates to avoid puncture.

This is what Sergei did, a thirty-year-old who has no intention of getting vaccinated. At least for now.

Seeing the efforts of the Russian authorities to convince the population to be vaccinated against covid-19, Sergei suspected that the pressure would intensify on those like him, distrustful, refuse the injection.

Without any intention to give in, even in case of obligation, this man residing in the Krasnodar region found on the internet a seller of false vaccination certificates, He sent him his personal information via Telegram email and transferred 15,000 rubles (about $ 200) to him.

Three weeks later, Sergei, who prefers to remain anonymous, was able to recover his certificate of two injections received from the Sputnik V.

Although the efficacy of Moscow’s flagship vaccine has been confirmed since its early approval last August, many Russians refuse to receive it.

Six months after the launch of the campaign, only 14% of the population is vaccinated.

Many Russians distrust the vaccine manufactured in their country, Sputnik V Photo: REUTERS

“At this stage, the vaccine is experimental and there are many side effects,” believes Sergei, who showed AFP a screenshot of his certificate.

“I am not going to die because the government wants me to be vaccinated,” he defends himself.

This position, very widespread, and the notorious corruption in the administrations led to the emergence of an online black market, where dozens of vendors offer fake vaccination tests.

While some customers complained about scams, others confirmed that everything had worked.

And the demand has only increased since the Russian capital decreed on June 16 the obligation to vaccinate all employees in the service sector.

Moscow suffers from a major outbreak due to the Delta variant, more contagious.

In addition, only 1.5 of the approximately 12 million inhabitants received the two doses of the vaccine.

And as of June 28, Muscovites must have a health pass to be able to go to a restaurant.

A woman walks into a coronavirus vaccination center in Moscow, in a February image. Photo: AFP

These measures have an effect, according to municipal authorities, who claim that 60,000 people sign up every day to be vaccinated.

The law and the trap

A seller of false certificates, contacted online, told AFP that they currently receive between 20 and 30 requests a day.

“They even ask me to ‘vaccinate’ entire companies,” he explains, specifying that only five false vaccination tests can be provided per day.

Starting from 2,000 rubles ($ 27.5) you can get a fake paper document. But for the true sesame, the digital document entered in the administration databases, the prices are up to 15 times higher.

These practices come as no surprise to Pavel Brand, director of a chain of clinics in Moscow, who notes that it is even easier to obtain proof of a vaccine without receiving the injection.

“People just go to the clinic and give the nurse money” to empty the bottle instead of injecting the product, he explains.

The method is known as “vaccinate the sink”he adds.

According to him, for a long time, in the context of the rise of anti-vaccine movement In general, many Russians escape their children’s vaccination schedule in this way.

The phenomenon is currently amplified by the mistrust of the medical body itself. According to a survey by the Levada center, 31% of doctors do not trust Sputnik V.

The Moscow police have already started a score of criminal investigations into the sale of false certificates and announced three arrests on Tuesday.

The capital’s health department promised to fire the officials involved.