Fear for Lozano: injured near the eye after a fight, he faints. Operated in the hospital 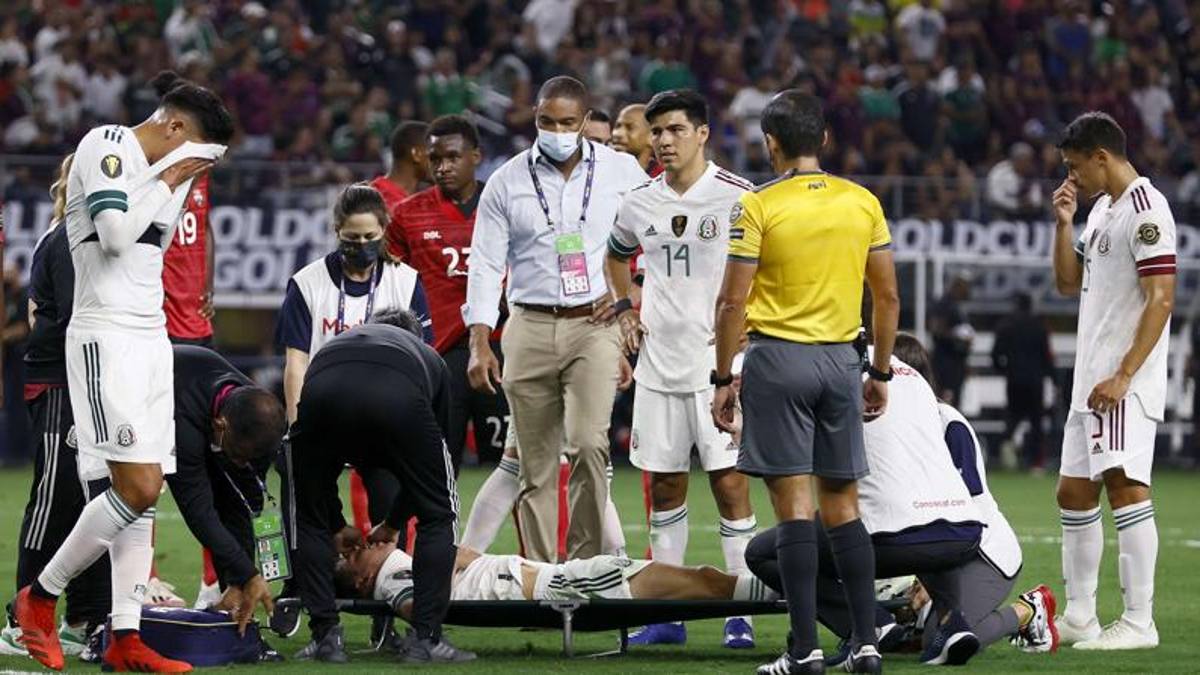 The incident in the match between Mexico and Trinidad Tobago: the Napoli striker was hit in the face and passed out. Taken to the hospital, he was operated on for a deep wound. The deputy coach: “He is better”

Napoli striker Hirving Lozano suffered a serious injury during the Concacaf Gold Cup match between Mexico and Trinidad and Tobago. In a game fight, Lozano was violently hit in the face and fell to the ground. After the rescue he was transported to the hospital, where surgery was necessary due to the severity of the wound, very close to the left eye. Now, Lozano is better, he is conscious and his conditions are stable.

Chucky clashed hard with the Trinidad and Tobago goalkeeper on the first day of the Central American national team event. It was Efrain Alvarez, who took over from the Napoli striker, who let it be known at the end of the game that Lozano had been operated on for a deep cut near his left eye.

The player’s conditions are improving, as explained by Mexico’s deputy coach Jorge Theiler, on the bench in place of the owner Tata Martino (suspended). Theiler reassured everyone a few hours after the injury and the surgery to which the Napoli striker was subjected: “We saw Lozano lying on the ground, motionless, and we lived moments of desperation. We were appalled by the blow, we thought it was much more serious than it turned out to be and we worried. Now we are all calmer, we know that he is fine. Now let’s think about the health of the Chucky, so that he can recover better. This is the fundamental thing. We do not think of Lozano as a footballer, but of man, ”Theiler said. Napoli has already contacted the Mexican national team. Contacts that will continue throughout the day for more detailed information on the severity of the injury and the surgical course.