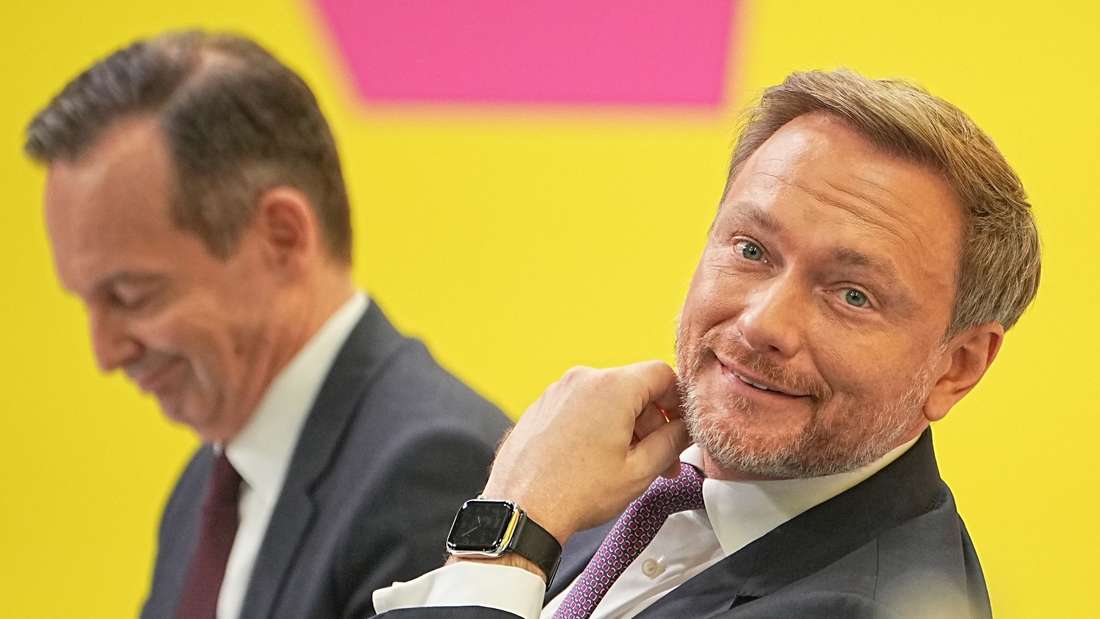 The coalition agreement of the new traffic light government is due to be signed today. According to a survey, 27 percent see one party as the winner of the coalition negotiations.

Berlin – The FDP is most likely seen by the population as the winner of the negotiations on a traffic light coalition, the Greens most likely as a loser. This is the result of a survey by the opinion research institute YouGov on behalf of the German Press Agency.

Today the 177-page coalition agreement entitled “Dare to make more progress” is to be signed. YouGov also wanted to know from the more than 2000 participants in the survey which three topics they hope to make the most progress on. Climate protection landed at number one with 34 percent. Behind are social (31 percent) health (28), environment and nature conservation (27) as well as building and housing (19).

When it comes to taxes (16 percent), migration (12) and internal security, the hope for change is far less pronounced. Expectations are lowest in the areas of transport (8 percent), foreign and security policy (7 percent) and agriculture (5 percent). 13 percent do not expect the new government to make any progress. dpa

Widow Pinochet was even more righteous than her husband

Jujutsu Kaisen goes to rest with another hiatus | EarthGamer