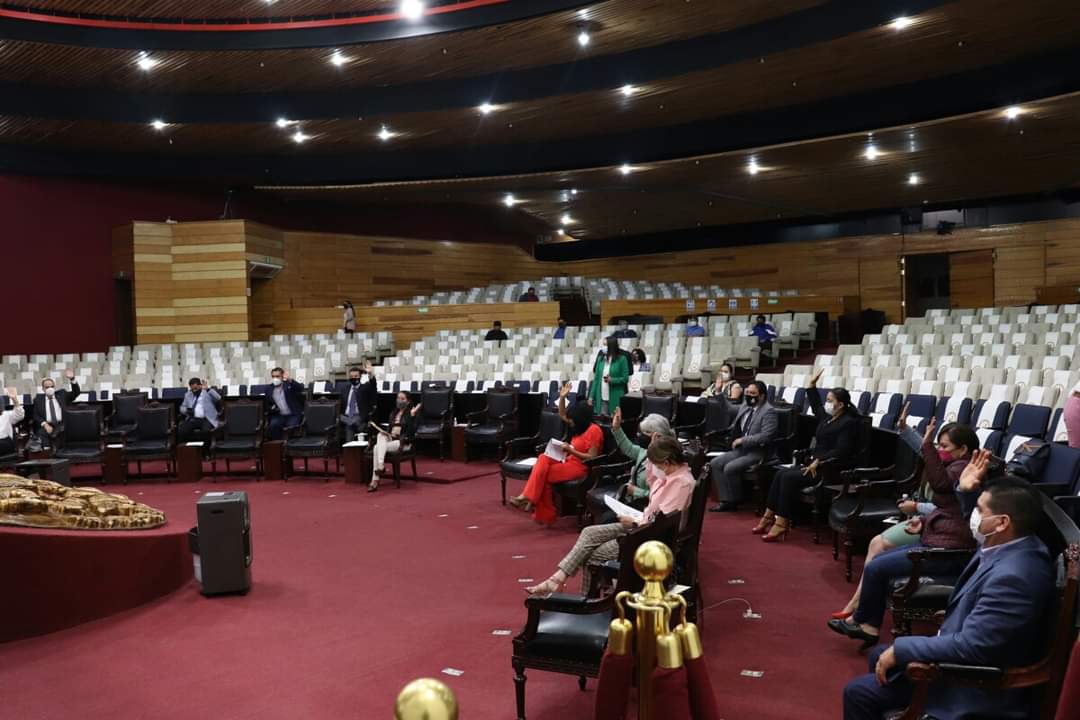 The governor Omar Fayad Meneses It returned with observations to the State Congress Decree 723 through which the local deputies amended articles 23, 24 and 168 of the Law of Notaries for the State of Hidalgo.

After that, the president of the Board of Directors, Lucero Ambrocio Cruz, Without specifying the observations before the Plenary, the official letter sent by the state president, with the number GEH / 036/2021, and the Decree to the Second Permanent Commission on Legislation and Constitutional Points for its analysis and corresponding resolution was changed.

The reforms to the Law of Notaries were approved by the local deputies of the different parliamentary fractions and partisan representations on June 14 unanimously with 27 votes in favor.

With the amendments to article 23, it was established that when a notary’s office is vacant or it is decided to create one or more, the Executive Power will publish calls for applicants to the exercise of notaries to present the corresponding opposition exam.

This call will be published only once in the Official Newspaper of the State and for two consecutive times with intervals of three days in one of the newspapers with the highest circulation in the State.

Said call must contain at least the following requirements: indicate the dates, times and place, relative to the beginning and end of the registration period for the exam. In no case will the registration period exceed thirty business days, counted from the last publication of the call, as well as indicate the number of vacant notaries and justify the newly created ones.

To the first paragraph of article 24, only the word “attached” was added to read as follows: to obtain the patent of the Titular or Assigned Public Notary, it is required.

Meanwhile, in article 68 it was established that the assembly of notaries will govern the decisions of the Association. In it, all the Titular Public Notaries will have voice and vote, in their absence, it may be exercised by the Attached Notaries with the prior authorization of the Titular Notary.

So far in the LXIV legislature this is the second time that the governor has returned to the state Congress a Decree of reforms made by local legislators, the first was two years ago.

On May 13, 2019, the Chief of the State Executive returned Decree number 184 to Congress, which amended article 416 and section I of article 417 of the Law for the Family of the State of Hidalgo.

The purpose of this Decree was to open the possibility that it was the couple who decided which surname corresponds to go first, be it that of the mother or father with respect to the child that is recognized and registered; and in case of not agreeing, it was determined that it would be the Official of the Family Status Registry who would carry out a lottery to choose the order of the surnames.