Fawzy “starring role” in “The Twenty” 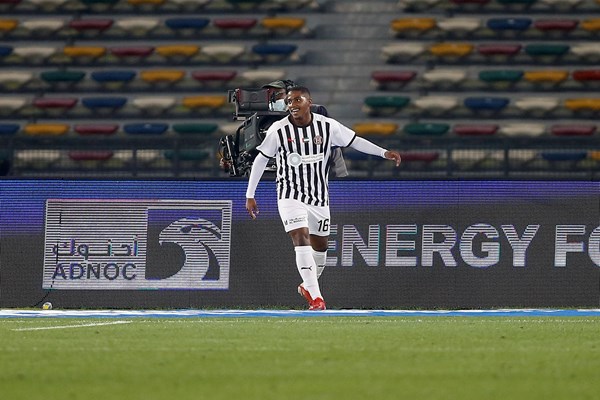 Al-Jazira striker Ahmed Fawzi played the “starring role”, in his team’s victory over Al-Wasl and transforming its 1-2 delay into a 3-2 victory. The twenty-year-old Fawzi is considered the “best alternative” in the last round of the first round of the “ADNOC Professional League”. .
Fawzi participated in place of the Brazilian Bruno in the 61st minute, and formed a wonderful duo with the striker returning to his home, Ahmed Al Attas, until he scored the winning goal for “Pride of Abu Dhabi” in the 81st minute, after a good move inside the area, and then fired the ball into the “Emperor” net.
Fawzi participated in 5 matches with “Pride of Abu Dhabi” this season in the league, with a total of 193 minutes, during which he scored two goals, and played a key role in two matches, while he participated from the “bench” in three meetings.
The confrontation against Al Wasl represented only the seventh in his career, the young striker Ahmed Fawzy with Al Jazira in the league, after he had the first opportunity to participate during the last season 2020-2021, by participating as a substitute in two matches at a rate of only 14 minutes, without succeeding in scoring.
Fawzi’s scoring brilliance came, a few days after his crowning with “Abu Dhabi Pride” in the Super Cup title at the expense of Al-Ahly youth, where the exciting confrontation at Hazza Bin Zayed Stadium witnessed the participation of the young striker as a substitute in the second session to play 27 minutes.
And Fawzy is the younger brother of Mohamed Fawzy, the player of Al-Jazira, Al-Ain, Bani Yas, the former Al-Ahly youth and the current Al-Nasr.