Fawaz Awana: History will not remember “the summer of the league” 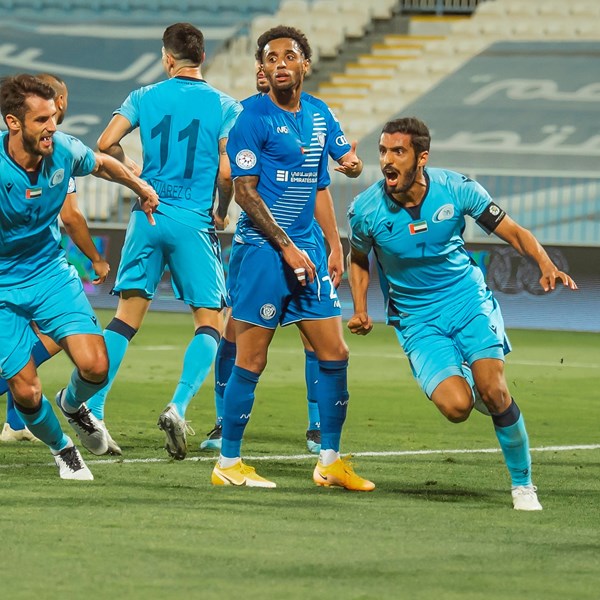 Mustafa Al Deeb (Abu Dhabi)
The next three rounds of the Arab Gulf League are among the most important stations in the history of the tournament since its establishment in its new form in the era of professionalism, where the leaders Al-Jazira and Bani Yas, the runner-up, are competing for the title and the difference between them is one point, after the exchange of places that occurred in the twenty-third round immediately before stopping. Despite everyone praising what Bani Yas has to offer this season, regardless of whether or not the title is achieved for the first time in its history, the team’s players seek to record their names in golden letters in the tournament history record, and this is evident from the fighting spirit that controls the stars of Sami. Fawaz Awana, the team leader, is one of the most important sources for spreading the fighting spirit in the hearts of his colleagues, especially as he fights ferociously for the achievement of a historic achievement for this generation and for his club. Awanah says in special statements to “Al Ittihad”: Everyone praises what Bani Yas offers this season, but we do not We aim to praise only while we are fighting for a real achievement that is written for us and our club, it is certain that history and records do not remember the runner-up, but they always remember the hero and put him in a position that is not at all comparable to his one. He added: We as players have pledged to fight with full force, and we will not lose hope in anything. All we have to do is win the next three matches, regardless of the results of the opponent, especially since there is no impossible with the “witch”, indicating that everyone’s morale is very high. Even after the draw with Sharjah and losing the lead, especially since everyone saw the fighting and the pursuit of victory by Bani Yas players. He continued: We do what we have to do in training during the suspension period and we hope to benefit from it perfectly, especially as we are on the verge of a very sensitive stage, noting that the return of the league in the coming period requires caution and special handling, especially since the three confrontations of Baniyas against very strong teams. Regarding the chances of the team returning to the top again, he said: We have to win our matches regardless of anything, but there is no impossible in football, especially since there are strong and sensitive matches for the competitor as well, and they are no less powerful than the matches that await Bani Yas, and he wished to be Al-Tawfiq is the heavenly ally in the next stage, promising to continue working with full force in order to write a new history for the club.

Corona commemoration: A society that displaces will be damaged

Vildanov gave a forecast for the fight between Kudryashov and Romanov