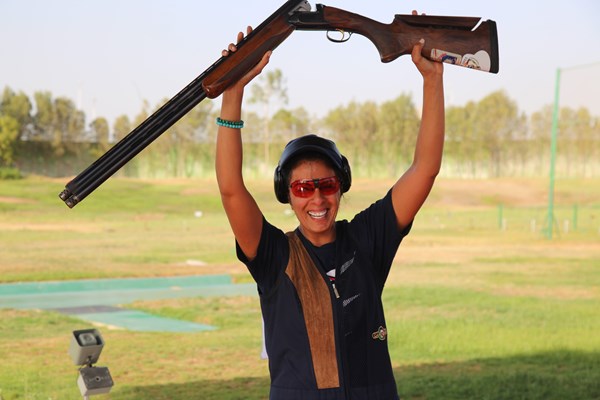 Our national shooting team added two new medals to its tally in the Arab Shooting Championship currently being held in the Arab Republic of Egypt. Fatima Mohammed won the silver medal in the women’s bowl shooting, while Yahya Al Muhairi won the bronze medal.

Perhaps the silver Fatima Muhammad, who participated in a “collaborative for a while” coach who was hired from Egypt and played with an “Egyptian” weapon because she does not have a weapon of her own, confirms that determination and fighting spirit compensate for a lot and overcome many difficulties. In addition to this, there are two new gains: Yahya Al-Muhairi’s level developed from one championship to another, achieving his first achievement at the Arab level and his good and balanced performance after a long pause due to the pandemic, then the talented promising Abdullah Bouhaliba returned to participation after an absence of about two years due to his difficult working conditions on the one hand and the pandemic on the other hand.

On the other hand, Abdullah Salem bin Yaqoub, Secretary-General of the Shooting Association, followed the championship finals moment by moment, and reassured the good performance of our shooters, and conveyed to them the congratulations of the Chairman and members of the Board of Directors as soon as the competitions ended.