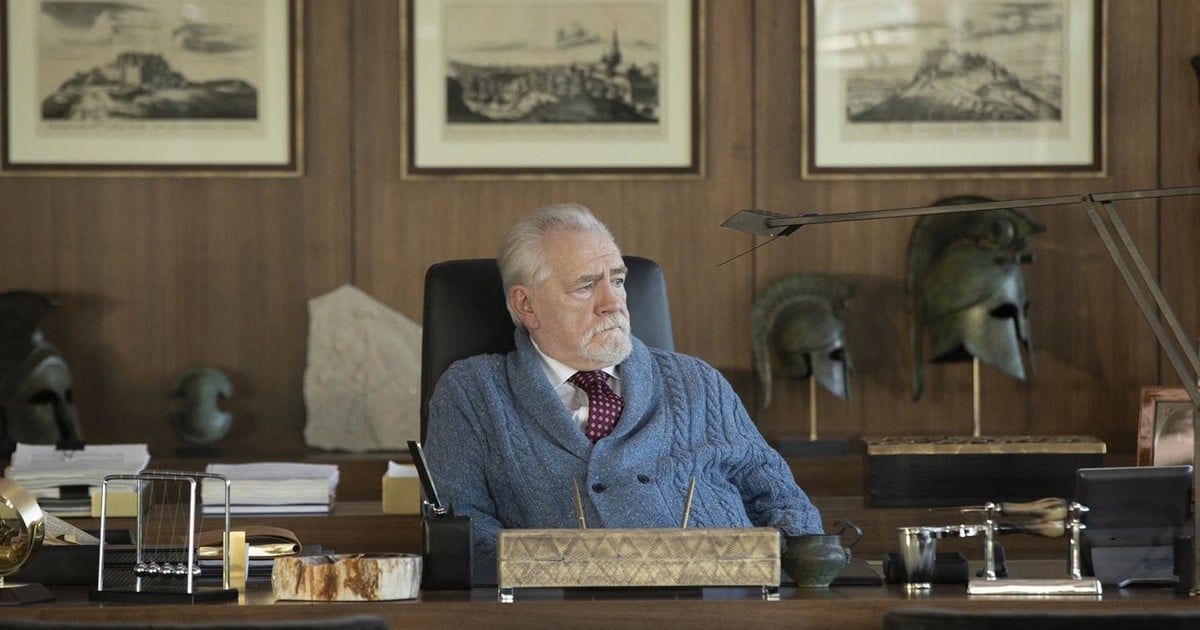 “You don’t stop craving your father’s love, even when you’re an adult. But people don’t change. As expected, my father saw his grandson only three or four times, and at no time was he able to distinguish him from the impersonal mass of babies born every day in the world ”. The phrase belongs to The invention of loneliness, which the writer Paul Auster published in the early 1980s.

The autobiographical novel is a wonderful reflection on the death of the father, his role as a son and, of course, the challenge of his own fatherhood.

Like literature, movies and series have long dealt with a common aspect of the lives of millions of people: being parents. And in recent times, the focus has also been on redefine the concept of parenthood.

There are sour parents like that of Paul Auster in literature. OR cute and modern parents -pretty wayward too- like the one in the series Californication. On the occasion of Father’s day, here is a list of five series that explore the father figure in different ways.

Succession (HBO via Flow and DirecTV)

The figure of the pater families in ancient Rome, the one who exercised the authority and all the controls of the house, has its counterpart in dozens of series and movies. For example, The celebration (1998), written and directed by Thomas Vinterberg, with the story of a father turning 60 and a long-hidden secret.

Does the family come first ?: Logan Roy and his sons, central characters of the HBO series.

In the case of Succession, the clan chief turns 80 and is the owner of a powerful media and entertainment conglomerate. His children expect him to announce his retirement – something reasonable given his age and recent health problems – but that does not happen.

That situation unleashes a battle in which the blood reaches beyond the river. The series shows cynical and sour characters, with a father that nobody would want to have leading a lawless war. There are two seasons – the third is coming shortly, delayed by the coronavirus – with episodes of one hour each.

“We are 70 million. And, although we live in different states, we are of different races and religions, we have something in common … We all know that nothing is more important than raising our children”.

Thus begins the docuseries, filmed in the United States, with eight 40-minute episodes each.

The stories explore the difficulties of a series of parents to carry out this role. For example, there is a rocker of moderate fame, who seeks to reconcile the life of the musician with that of the family man. Another who, after a separation, returns to the field of dating.

And one that tells his little son about his homosexuality. With a classic format, it seeks to be an intimate portrait of some men and reflect their struggle to be good fathers, although at times it does not escape some stereotypes.

“Begin your adventure, warriors of light,” says a message, which comes from the TV screen or whatever device, at the beginning of the Japanese series. The story is simple and based on true events.

A father buys his son the video game “Final Fantasy”, which is part of a successful franchise with lots of sequels and spin-offs. That kid grows up, and that parent becomes a very busy adult first. And in a retiree later.

Role play will allow you weave that father-son bond through the fantasy of the created characters. Although it is a product anchored in the company and in the momentum of its games, it has an easily identifiable issue in its background: a son who wants his father’s time and attention.

The fear of exploring new territories -in the game- and the dialogues -joystick in hand- are some of the tender moments of the series, which has eight 20-minute chapters.

If you could choose one parent from a series, which would you choose? Some may want some aspects of Walter White on Breaking bad, a father capable of anything for his family.

“Californication”, a 2007 series that does not lose its validity.

Others will opt, even for a little while, for Hank Moody, the writer dad of Californication. Although it is already a few years old – it premiered in 2007 and had its last broadcast in 2014 – it can now be revived on the Paramount platform, which arrived in Argentina this year.

The character, played by David duchovny, is a novelist with creative block problems. Your addiction to sex, drugs, and alcohol complicates things at some point of the series.

And the bond with his daughter Becca (Madeleine Martin) has some adorable moments, where can be a jerk or a guy full of affection. “There are no hits or misses, Dad. It’s just the consequences of your actions, ”Becca tells him in one of the scenes.

The girl, of course, is much more mature than a big bestseller author.. Although it is uneven – the first season is the best – it is worth diving into the world of Hank and Becca.

There were always secrets in families. The Pfeffermans, a Jewish family from Los Angeles, are upset when Daddy Morton tells his daughters that he identifies as a woman.

And one day, your dad’s name is Maura. A hymn to freedom.

That decision – to pay attention to what he feels – will mean unveiling other secrets. The reaction of the daughters, of his ex-wife, the meaning of the father figure and, mainly, the various situations that Maura faces – her name chosen as a woman – are the axis and the most nutritious of the series.

Jeffrey Tambor’s brilliant and sensitive performance is already a reason to watch the production., which took the Golden Globe to the Best Television Series. They are five seasons, with episodes of half an hour.

“You don’t stop craving your father’s love,” wrote Paul Auster. “I could describe more spheres of influence for you and the fight against it,” Franz Kafka once told his father in the famous letter. Like literature, movies and series continue to deal with terrible parents, the adorable ones and those who, like most, they are just human beings doing what they can.