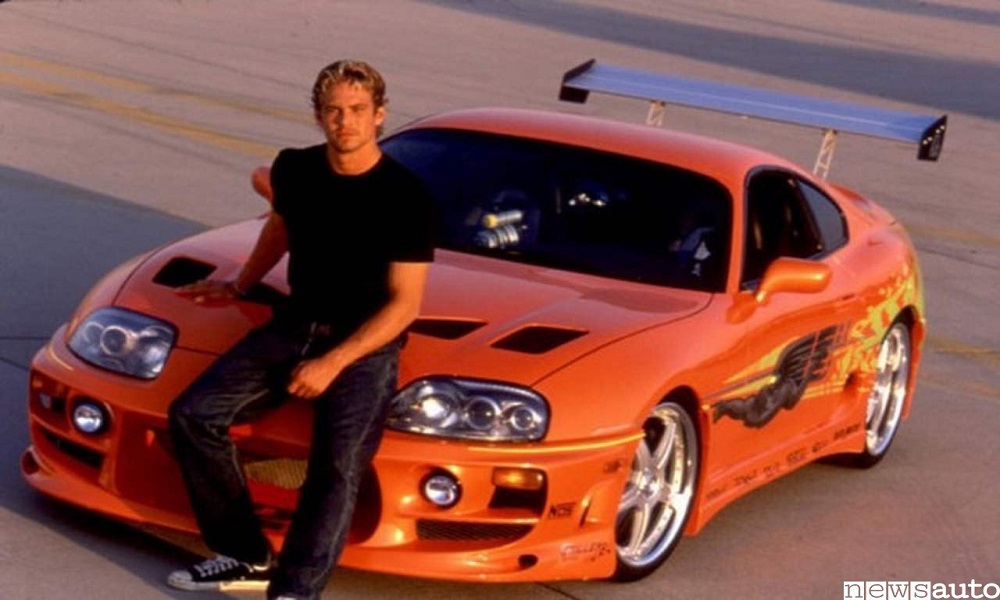 There Toyota Supra of Paul Walker protagonist in the first film of the saga Fast & Furious of 2001 was sold for a figure record at auction Barrett-Jackson, which took place in Las Vegas from 17 to 19 June. The selling price was a whopping 550,000 dollars, which brings the Supra into the Guinness World Record, as we are talking about the highest amount ever to buy this model in history.

The auction was a unique opportunity for the wealthiest fans of the series who tried in every way to win the Toyota from the film Fast & Furious.

The peculiarity of this 1994 Toyota Supra also lies in the livery; the tint Candy Orange, taken from the historical Lamborghini Diablo and the “Nuclear Gladiator“, An emblematic figure that dominates the side of the car, developed by the designer Troy Lee, give the Supra a refined and unique look.

It was undoubtedly an icon of the early 2000s, also outlining Paul Walker’s film career with the first film. The Fast and The Furious and subsequently with 2 Fast 2 Furious.

There Toyota Supra by Paul Walker was developed by Eddie Paul in The Shark Shop in El Segundo, California, for the first film, it subsequently underwent changes to the aesthetic level but the tuner brought her back to her inseparable orange. It is equipped with an engine 3.0 turbo six cylinder 2JZ-GTE with two turbochargers, belonging to the original Supra, capable of delivering 324 horsepower and 427 Nm of torque, combined with a 4-speed automatic transmission.

Obviously nothing is standard in this car. In addition to the aforementioned painting, there is an aesthetic kit that includes the front spoiler and the side skirts by Bomex, the TRD bonnet, the APR aluminum wing, 19 “alloy wheels, while inside there is a lot of Alcantara blue and black leatherette adorn the cockpit, where a Pioneer screen, the Momo steering wheel, a series of indicators and other small details stand out.

The “10-second car”, the Toyota Supra (MKIV) of 1994 by Brian O’Conner (Paul Walker) starred in not one but two films “Fast & Furious”: this car was used for multiple internal and external shots during many of the crucial action scenes of the saga ” Fast & Furious ”, led by the actor Paul Walker.

According to Craig Lieberman, technical consultant for the first two “Fast & Furious” films, in 2003 “2 Fast 2 Furious” this car was brought back and modified by the legendary Eddie Paul at The Shark Shop in El Segundo, California. Repainted in gold and fitted with an all-new body kit, the MKIV played an important role in the opening round of the film. The engine was immortalized by the crew member of Dominic Toretto in the first movie “The Fast and The Furious” with simple words, “2JZ engine… this will decimate everything“. And, in fact, it decimated everything it did.

Below you can see the photos depicting the Supra by Paul Walker and if you want to know more you can consult the auction house website Barrett-Jackson.