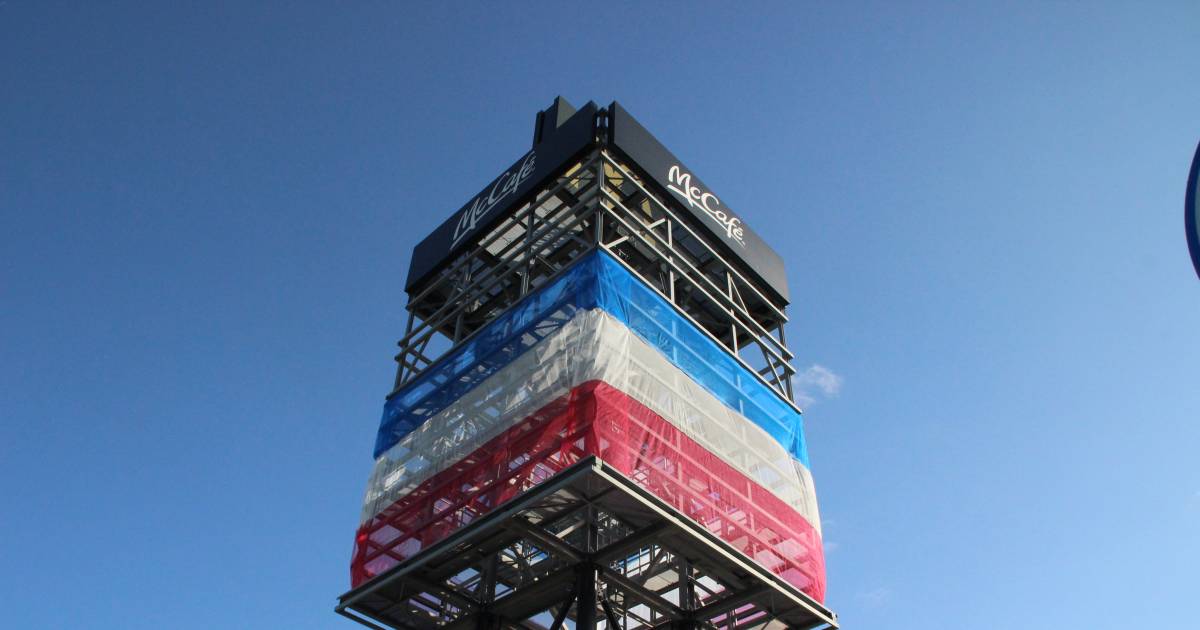 The fast food chain already indicated yesterday that it was not happy with the small inverted flags that fluttered on the mast with the iconic, yellow M. The flags symbolize the farmer’s protest against the government and McDonald’s fears that customers think the group has the protest flags itself. hung up. “But we have nothing to do with this.”

Text continues below the image.

The small flags were replaced last night. As they themselves write, the farmers have ‘hung up the largest flag in the Netherlands.’ The action is a statement against ‘the failing mismanagement and failed consultations of Remkes, Rutte, Staghouwer and Van der Wal’, according to the farmers. “We couldn’t get the signal any clearer.”

McDonald’s itself indicates that it prefers to stay out of the discussion. “We are reporting these flags to the municipality because it unintentionally gives the impression that McDonald’s has put up the protest flags itself.”