Farewell to Prince Philip: Who inherits the title of Duke of Edinburgh? 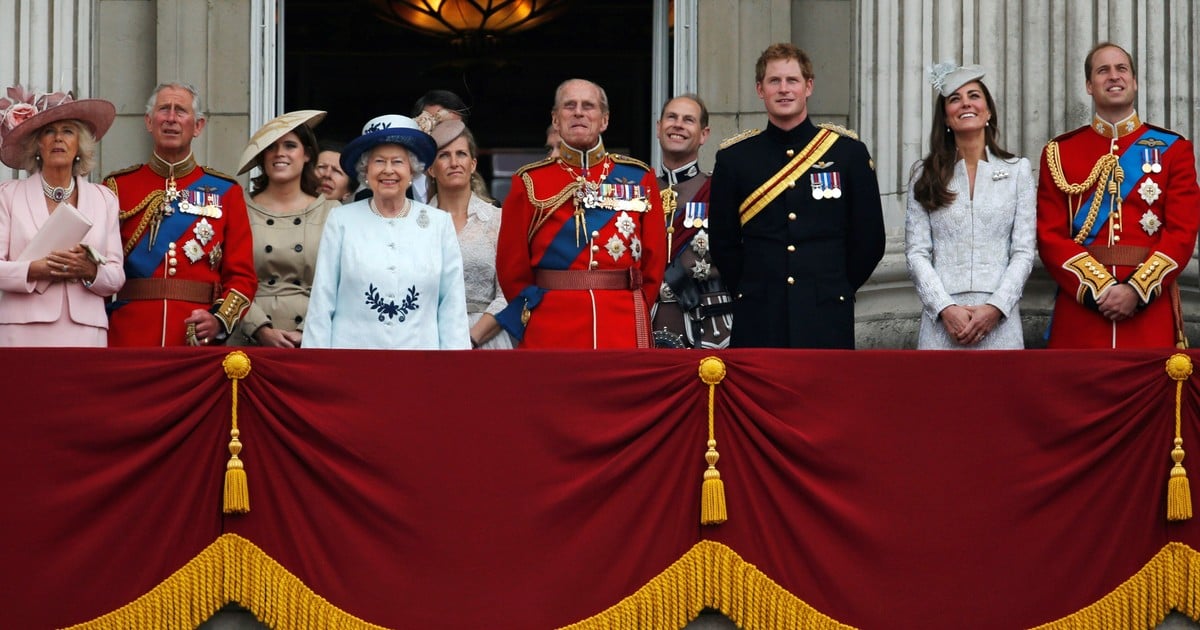 When Prince Philip is buried this Saturday in the vault of St. George’s Chapel to await the death of Queen Elizabeth and rest together in eternity, his title of Duke of edinburgh will not go away.

This honor, attributed to him by his father-in-law, King George, before the marriage, will be inherited by his youngest son, Prince Edward, by decision of his father and the queen.

It is he who, along with Sophie, the Earls of Wessex, accompanied him to the end of his life at Windsor Castle and presides over one of his greatest legacies. The Duke of Edinburgh Awards, which have changed the lives of 9 million young people in the kingdom.

It was the Wessexes who were by his side because they lived, like Prince Andrew, in the royal park at Windsor and visited it almost daily. Sophie, the countess, accompanied him on his carriage rides and he, a very good horseman, taught her to ride a horse. A passion for her, which she shares with Queen Elizabeth, who treats her like a daughter.

“That Prince Edward is one day Duke of Edinburgh will be a special pleasure for his father. The Duke has long said privately that he felt the Royal House should now be called the House of Edinburgh in honor of his own Duchy, “explained Hugh Vickers, one of his biographers.

Prince Edward, Duke of Wessex, his wife Sophie and daughter Louse look at the flowers in honor of Prince Philip on Friday in front of Windsor Castle outside London. Photo: AFP

Prince Edward is a trustee of the Duke of Edinburgh’s awards program, a sponsor of the Edinburgh International Festival, and has taken on endorsements reflecting the Duke’s love of sailing and sport. His wife, Countess of Wessex, to become Duchess of Edinburgh, a courtesy title held by the queen.

The Earl of Wessex praised his father’s humor and his “brilliant” way of handling the media.

The fight with Winston Churchill

Felipe himself had rejected the offer to become “prince consort” at the beginning of the reign of Isabel II.

There was no role in history for such status but for the queen consort. According to letters written in 1954 by Winston Churchill, who was prime minister at the time, Philip turned down the opportunity to use the title, which had been given to Prince Albert, his great-great-grandfather.

Churchill exchanged a series of letters with his chancellor about the prospect of Philip becoming prince consort. Other suggested titles include Prince of the Commonwealth and Prince of the Realm. But the discussion ended abruptly.

The then prime minister wrote that the queen had made the suggestion to the duke. But that he “refused to even consider accepting any new titles today. His Majesty requested that the matter be allowed to rest indefinitely.”

Prince Philip was furious with Churchill, when the premier decided that the royal family should abandon the British surname Mountbatten, after Philip adopted it to replace his German titles, in exchange for Windsor. He felt that the prime minister was taking away his right to give his children his identity.

Prince Edward and his wife Sophie, the Dukes of Wessex, in November 2003. Photo: AP

Three years later, Felipe became prince of the United Kingdom. But he was never a prince consort, despite being longest-serving consort in British history.

According to the Letters Patent issued when George VI gave Philip the title in 1947, the Prince of Wales, as the Duke’s eldest son, inherits the title of Duke of Edinburgh. When Charles ascends the throne, the title will merge with the crown and can be re-awarded to Edward, Earl of Wessex.

George VI, the queen’s father, also gave Philip the titles of Earl of Merioneth and Baron of Greenwich shortly before his marriage to then-Princess Elizabeth.

Prince Philip was the sixth person, including two Dukes of Gloucester and Edinburgh, to carry the title.

It was created for three members of the royal family from 1726, beginning with Prince Frederick Louis, who lived from 1707 to 1751. In 1764, George III invented a variation of the title for his younger brother, Prince William, making him the Duke of Gloucester. and Edinburgh.

In 1886, the title was recreated for Prince Philip’s great-great-great-uncle, Prince Alfred Ernest Albert, the fourth son and second son of Queen Victoria and Prince Albert. After his death in 1900, the title fell into disuse.

For these reasons, avoid pizza in Ramadan!