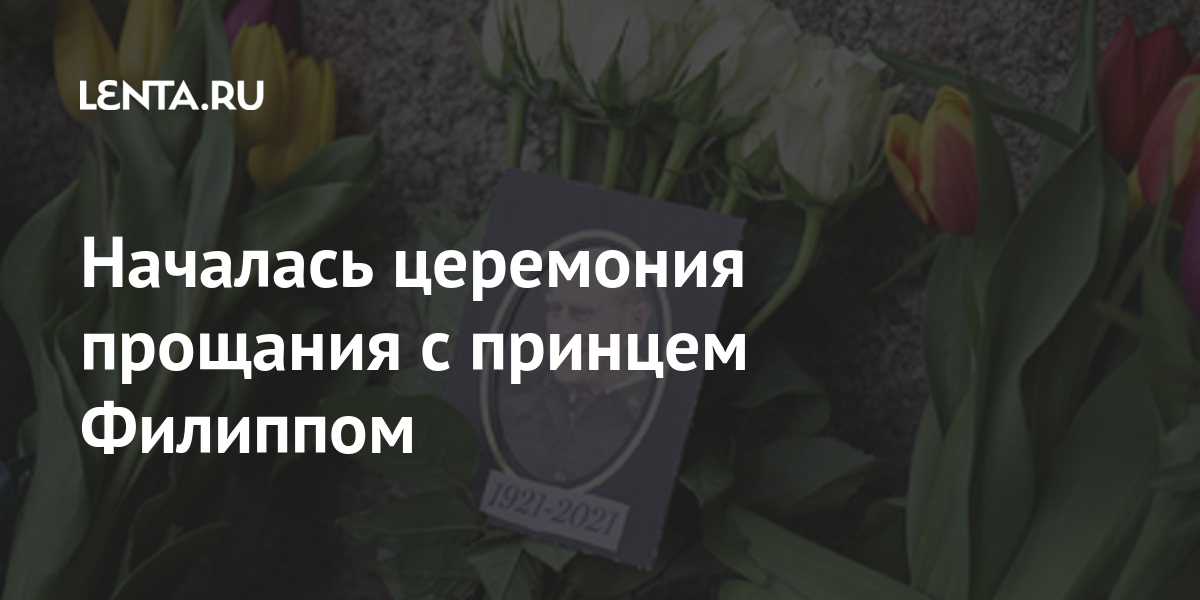 A farewell ceremony has begun with Prince Philip, husband of Queen Elizabeth II of Great Britain. The details of the funeral became known to The Times.

The Orthodox prayer “Rest with the saints, Christ, the soul of Your deceased servant …” will sound at the end of the ceremony. The prince will be buried in St George’s Chapel on the grounds of Windsor Castle, but only temporarily. After the death of the queen, the remains of Philip will be transferred to the place where the queen’s parents and her younger sister are already buried, and where Elizabeth II herself will be buried. About 30 people are present at the funeral service.

The royal family on the day of the funeral of the Duke of Edinburgh also on social networks published video. On it you can see photographs of the prince – from children to the last, with his family and in the performance of military duties.

On the day of the duke’s funeral, pigeons will be released into the sky in 65 cities in the UK. In total, the funeral ceremony involved more than 700 military in full dress and four orchestras. Despite the recommendations of the police not to gather at the royal residences due to the coronavirus pandemic, about 1.5 thousand people came to Windsor Castle, writes TASS…

On April 9, Prince Philip died at the age of 99, two months before his centenary. After the death of the Queen’s husband, an eight-day national mourning was declared in Great Britain.