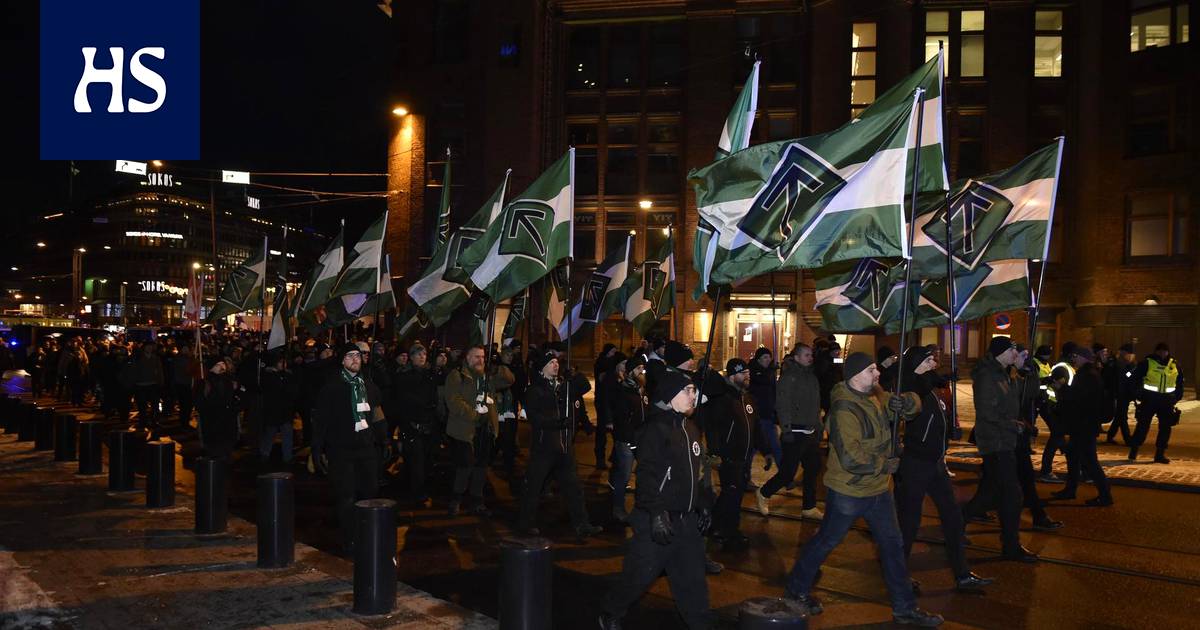 The Supreme Court ordered the liquidation of the Nordic Resistance Movement last autumn.

Neo-Nazis Visible activity has waned with the closure of the Nordic resistance movement and possibly also the coronavirus pandemic.

The Supreme Court ordered the organization to be finally wound up four months ago in September.

“Visible activities related to the organization have clearly decreased. In addition to the Nordic resistance movement’s ban, the situation can also be affected by the corona situation, ”says a researcher who is a researcher in the far right Tommi Kotonen From the University of Jyväskylä.

The Nordic resistance movement once distributed leaflets on the streets, glued stickers and staged demonstrations.

In its final decision, the KKO stated that the association’s goals were contrary to the principles of society laid down in the Constitution and the Penal Code. The court also held that the unlawful activities of the association violated or sought to violate fundamental and human rights protected by law.

“The decision to abolish the right has contributed to the lack of a now visible brand in neo-Nazi operations. For more than ten years, operations were connected around the Nordic resistance movement. Another effect is that their online store was run down. It affects financial resources, ”says postdoctoral researcher Kotonen.

Mixed According to the Security Police and Postdoctoral Researcher Kotonen, activities related to the Nordic resistance movement began to wane during the legal process well in advance of the ban imposed by the Supreme Court.

“It’s hard to say to what extent the fading is due to the closure process. The Nordic resistance continues to operate in Sweden, Norway and Denmark, and membership has also decreased in those countries. In Finland, the movement’s operations have come to a complete halt, ”says the specialist investigator of the Security Police Eero Pietilä.

The Central Criminal Police suspects that the Nordic Resistance Movement continued to operate illegally during the temporary ban on behalf of the Towards Freedom movement. The case was the subject of a preliminary investigation and criminal suspicions are under investigation.

“The activities of Towards Freedom have also waned,” says Eero Pietilä of the Security Police.

No new organization seems to have emerged to replace the activities of the Nordic Resistance Movement or Towards Freedom. According to the Security Police, the key players in the Nordic resistance movement have moved to some smaller groups, some new and some old.

According to the protection police, the coronavirus pandemic has reduced far-right gatherings and other visible activities in Finland. For example, demonstrations have been canceled due to the coronavirus situation.

Instead, the Finnish Aid Organization, which is at least partially connected to the Nordic resistance movement, is still operating, Tommi Kotonen says.

“It is a charity where the former leader of the Nordic resistance movement has worked Antti Niemi. The court’s prohibition decision does not apply to its operations, ”says Kotonen.

HS also tried to reach Antti Nieme for an interview for this story but could not contact him.

Nordic the cessation of the resistance movement was demanded in court by the Police Board.

Police Inspector General of the Police Board Heikki Lausmaan it is still too early to draw conclusions about the long-term consequences of the abolition.

“The termination decision has created more opportunities to intervene if the organization continues to operate in its own name or in another form. At least the activity seems to have decreased. That is something that the court process also sought, ”says Lausmaa.

Police also demanded the dissolution of the United Brotherhood

■ The decision to end the Nordic resistance movement is historic. In Finland, no association had been ordered to be dissolved since the 1970s.

■ Police have also demanded in court the dissolution of the United Brotherhood on the basis of the gang’s criminal activities. The District Court of Eastern Uusimaa is due to rule in mid-February.

■ The Police Board is not currently preparing new winding-up lawsuits against other organizations, but says it is actively monitoring the situation of the organizations.

Cancellation of England clubs: Erras is waiting for the Werder breakthrough

They are not ashamed !. A volunteer from the Secours populaire expelled