Fantastic Conyedo! He beats Karadeniz and wins the bronze, Italy with 39 medals 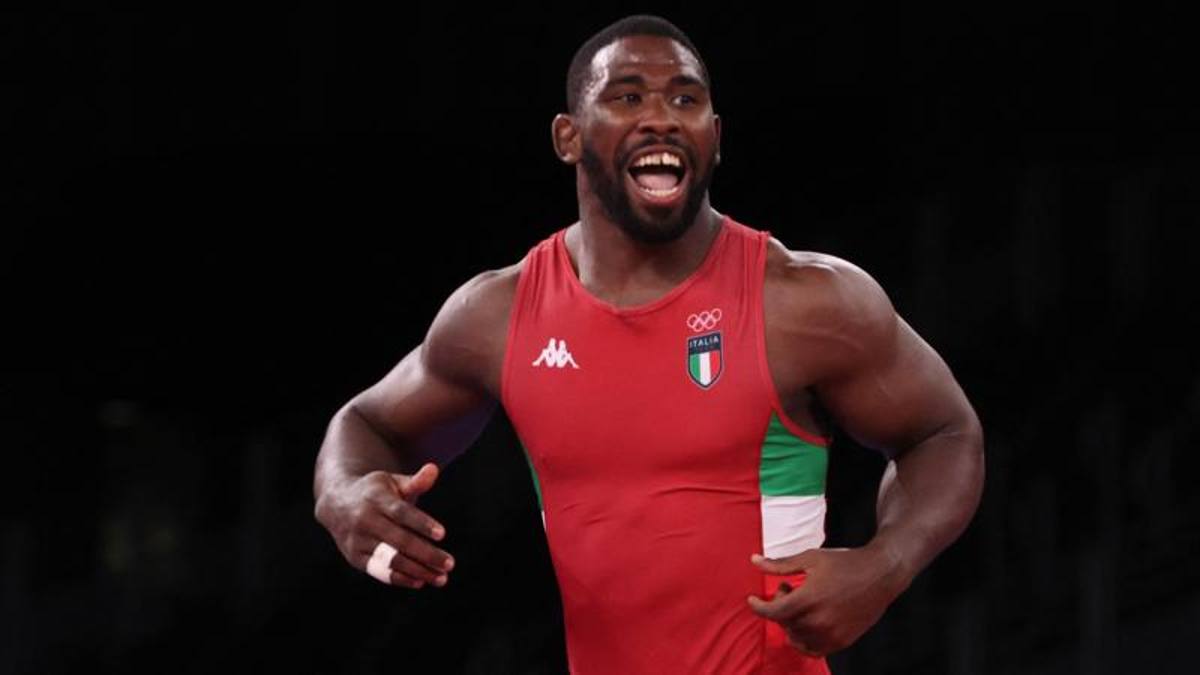 “Abraham”, having reached the third place after the repechage, starts slowly and then finds the right hold: with him Italy is 39 medals

The fantastic bronze of Abraham, a Cuban from Italy. Abraham Conyedo Ruano beats the Turkish Suleyman Karadeniz and climbs on the 97kg Olympic podium. The blue starts with a somewhat modest attitude, which in fact goes below 0-2 in the first two minutes. After the break Abramo finds it taken to overturn the score to 5-2 but we go to the challenge with 17 ”from the end. Abraham is rewarded by another point. It’s a medal! Five years ago the other Cuban from Italy had obtained the same metal, Frank Chamizo who yesterday remained under the podium in the 74 kg. Now comes the medal number 39 of the tricolor expedition, an almost unexpected but very heavy medal to confirm that even the fight has its aces.

Abraham De Jesus Conyedo Ruano, known to everyone as Abraham, was born in Villa Clara on October 7, 1993. The struggle has always been the life of this serious and very professional, even religious boy. He defended the Cuban flag until 2015, triumphing at the Singapore Youth Olympic Games in 2010 and then at the Pan-Americans in 2015. Three years later he began his blue career, highlighting himself with two bronzes, one world championship in 2018 in Budapest and one European in 2020 in Rome. Thanks to these successes he obtained Italian citizenship for special merits. As long as she qualifies in Tokyo in the Sofia qualification tournament. At the Games he made his debut with a clear victory against the Romanian Saritov, then he gave up to the American Snyder in the quarterfinals and ended up in the repechage, until today’s victory. The blue medals are not frequent in the Olympic fight at the Games: the precedents belong to Claudio Pollio in Moscow ’80 with the silver, and to Frank Chamizo in Rio 2016. The other bronze is of the Cuban Reineris Salas Perez, who beat the London Olympian and Rio bronze medalist, Azerbaijani Sharifov after a daring 3-3. The final is between the Russian Sadulaev and the American Snyder who had beaten Abraham of Italy in the quarterfinals.

The 97 kg final went 6-3 to the Russian Sadulaev who dominated the American Snyder. Abraham’s motto is “don’t talk to me about problems, but about solutions”. So he overcame the question of the medal missed yesterday by the blue favorite, Chamizo, and silently solved the problem …