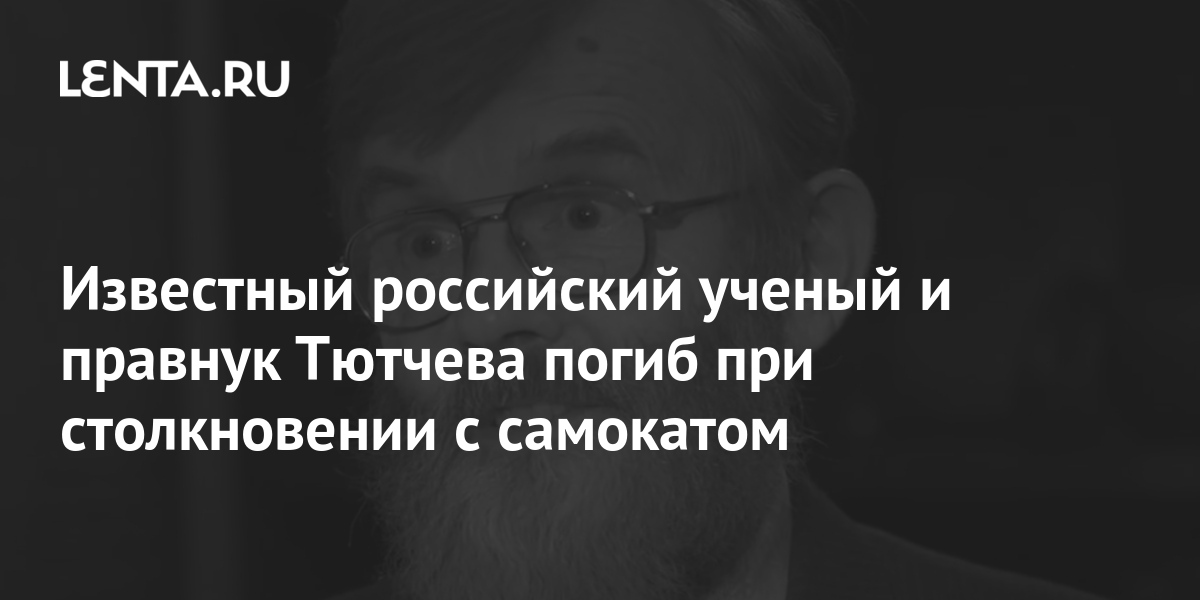 The famous Russian biologist, specialist in the physiology of vision and sleep, Tyutchev’s great-grandson Ivan Pigarev died in Moscow. It is reported by Telegram-channel “MK: breaking news”.

The 80-year-old doctor of biological sciences on Wednesday, July 14, rode a bicycle (according to other information, it was a scooter) in Vorobyovy Gory. On one of the bends, he collided with a man on a scooter and fell on the asphalt. The scientist was hospitalized, but could not be saved, he died from his injuries.

Ivan Pigarev – Chief Researcher at the Kharkevich Institute for Information Transmission Problems. He lectured on the theory of sleep as a biological process.

Earlier it was reported that the famous Russian ecologist, founder of the Center for the rescue of orphaned bears in the Tver region, Valentin Pazhetnov, died while fishing. The boat, in which Pazhetnov was, capsized, and he drowned.