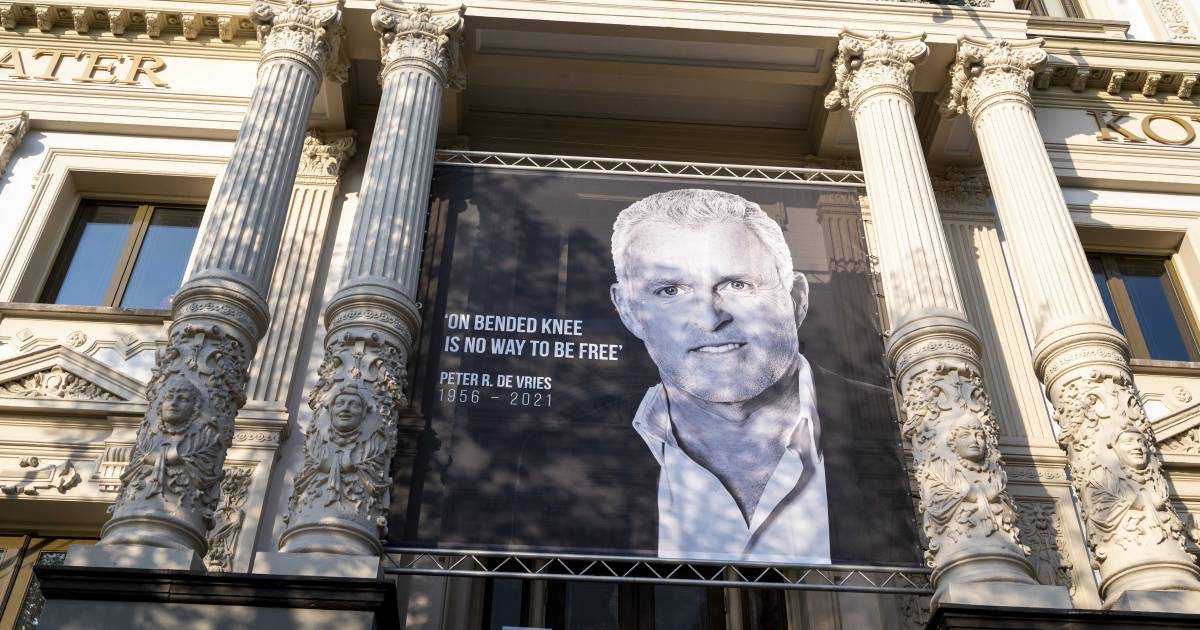 After yesterday’s public farewell to Peter R. de Vries, there is today a private service in Royal Theater Carré for family, friends and colleagues of the crime journalist.

The service, which begins at 11 a.m., is for invited guests only. Many television colleagues now report to the Amsterdam theatre, including Humberto Tan, Matthijs van Nieukwerk, Nicolette Kluijver, Nikkie Plessen, Dries Roelvink and Han Peekel, whom De Vries interviewed shortly before his death. Nicky Verstappen’s parents are also present.

Immediately after the meeting, the coffin is carried outside through the main entrance of the theater. Only intimates are present at the subsequent funeral.

Read more under the photos

Farewell to the public

Yesterday about 7500 people paid a final tribute to De Vries in Carré, where a large black and white photo of De Vries hung on the facade with his motto ‘on bended knee is no way to be free‘.

Early on, long lines of people, coming from far and wide, stood in front of the theater doors, many of whom left crying. Due to the great interest, the doors of Carré remained open longer. The online condolence register for De Vries on condolence.nl has been signed more than 32,000 times. Many signatories praise the crime journalist for his courage and sense of justice.

De Vries was shot in the Lange Leidsedwarsstraat in the center of Amsterdam on Tuesday, July 6, after his performance in the program RTL Boulevard. According to witnesses, he was shot four or five times, according to police at close range. De Vries was seriously injured and taken to hospital, where he died last Thursday.

Three suspects were arrested on the night of the attack, one of whom was released the following day. The other two are 35-year-old Pole Kamil E. from Maurik in Gelderland and 21-year-old Delano G. who lives in Rotterdam, but also has an address in Tiel. They will remain in jail for the next 90 days, the council chamber of the court in Amsterdam decided last Monday.

Watch our videos about Peter R. de Vries below: