False reports in the corona crisis: study shows the most influential US vaccine opponent 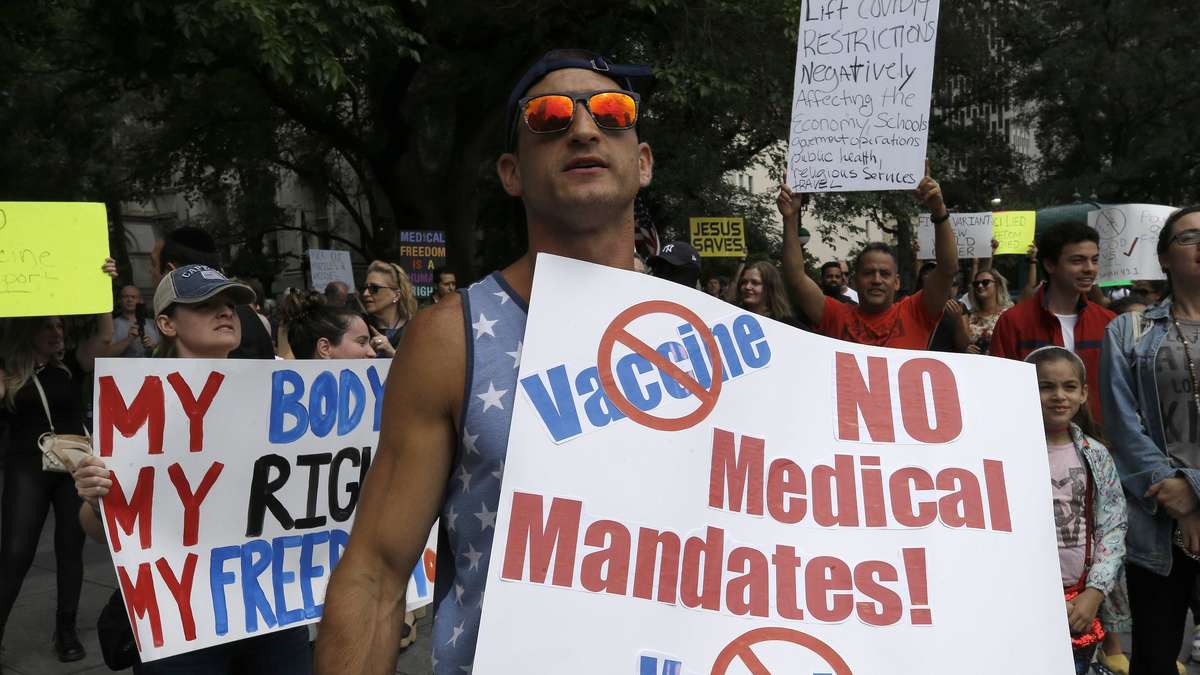 There are anti-vaccinations in many places. According to a study by the “Center for Countering Digital Hate”, Joseph Mercola is the best known from the USA. Corona makes him rich.

Chicago (USA) – Joseph Mercola is rewriting the American dream – albeit in a negative sense. His credo could be “From vaccine opponent to millionaire”. As a study by the “Center for Countering Digital Hate” (CCDH) has shown, the American from Chicago is the most influential anti-vaccine in the United States.

The 67-year-old speaks out against wearing medical protective masks and considers the vaccination against the coronavirus to be simply “medical fraud”. Although Mercola studied biology, chemistry and osteopathy, he is counted among the so-called “fake news dozen”.

According to the CCDH, this refers to the twelve people who rail most successfully against corona vaccinations in the USA. 65 percent of all false reports and false information about the coronavirus on Facebook and Twitter come from this dozen.

Based on the American war film “Dirty Dozen”, the collective is repeatedly referred to in the media as “The Dirty Dozen”. At its head is Joseph Mercola, the “disinformation super-spreader”. Over the years, the now 67-year-old has built up an immensely large social media presence. The 3.6 million people who follow Mercola on social networks testify to this.

1.7 million people follow him on Facebook’s English-language site alone. In addition, Mercola operates its own website under the motto “Take your health into your hand”. As the CCDH reports, it is the most popular alternative medicine platform worldwide.

The US doctor regularly publishes blog posts on “mercola.com” in which he repeatedly questions the US vaccination campaign. Joseph Mercola expresses his doubts about the various vaccines and their manufacturers. There are articles with titles like “People are dying from vaccination. Where are the autopsies? ”Or“ How Covid-19 Vaccines Can Destroy Your Immune System ”are rapidly increasing uncertainties among the American population.

In order to evidently ensure more trust, many of the articles by Joseph Mercola are marked with a “fact checked” tick. According to a CCDH report, however, these hooks would “come from a Mercola employee rather than an independent auditor”. Official, scientific publications and studies that prove the protective effect of corona vaccinations do not stop Mercola from his activities.

This is not least due to an economic component. Because with his more than 600 Facebook posts, which are directed against corona vaccinations, but also with his blog posts, Joseph Mercola advertises his own products. As the Washington Post writes that “natural alternatives” to vaccinations brought Mercola more than $ 100 million in 2017.

Mercola’s approach is not entirely new. As early as 2012, he claimed that tanning beds would reduce the risk of skin cancer. And what did Mercola do? He sold tanning beds for household use on his website. Noisy New York Times he would have paid up to $ 4,000 for a tanning bed.

The methods of Joseph Mercola have not remained hidden from the US Federal Trade Commission (FTC). “Such false statements are problematic because there are serious health risks with indoor tanning,” the FTC said in 2016. At the time, the authority issued a ban on the sale of Mercola, which also had to reimburse deceived sellers $ 5.3 million.

But all the bans, warnings and financial losses do not deter Joseph Mercola. Regardless of the current corona situation in the USA, the 67-year-old continues his anti-vaccination campaign. In the United States, the vaccination campaign is making little progress while the number of new infections is rising again. This is mainly due to the particularly contagious Delta variant.

The health authority “Centers for Disease Control and Prevention” (CDC) points out that around 185 million US citizens would have received their first corona vaccination by the beginning of August 2021. This corresponds to around 56 percent of the total population. According to US President Joe Biden, false information about the corona virus, which was widely spread in the media, was to blame for the death of many people. This also indirectly puts Joseph Mercola in the pillory, who continues to spread his false information.