Falklands War: A story of tragedy and neglect behind the mass grave that will open in the Darwin cemetery 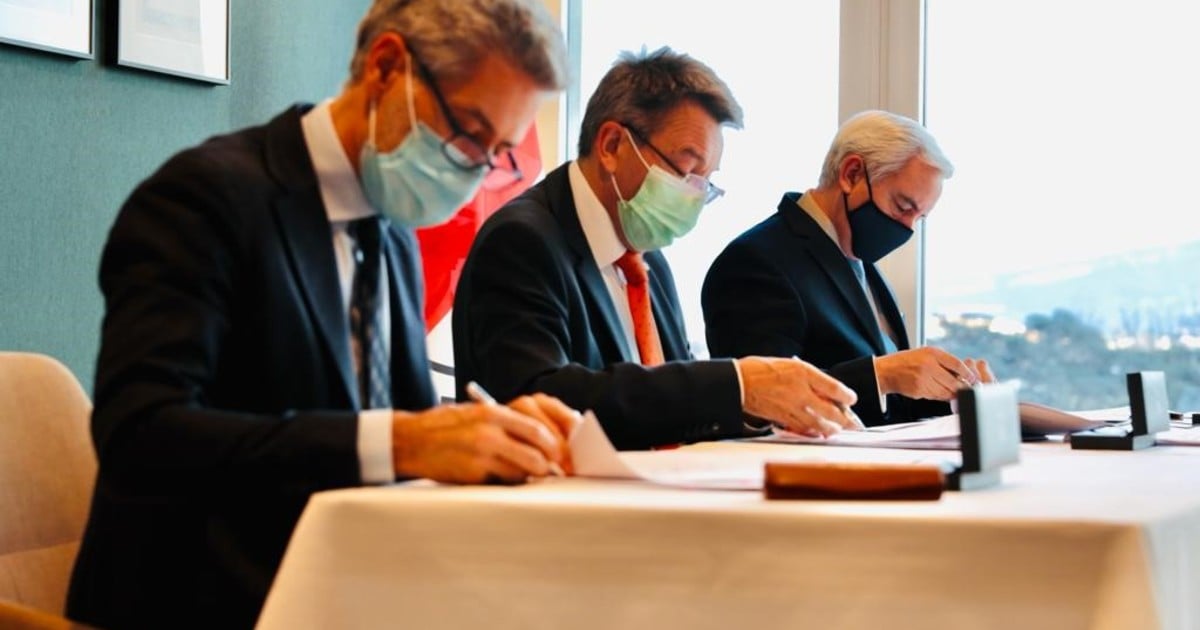 Mount Kent and the hills that surround it rise about eight kilometers from the capital of the Falklands. It is a terrain that due to its elevation was of special interest to the Argentine and British forces that faced each other in the 1982 war.

On May 30, ’82, Argentine special forces saw with horror the flyby of two Royal Air Force Harriers over an Argentine Puma helicopter carrying reinforcements from the 601st Squadron of Special Forces of the Gendarmerie. While the Argentine troops fired at their best, they crashed to the ground. The aircraft caught fire and with it Commandos of the also called Alacrán Squad died: First Lieutenant Ricardo Julio Sánchez, Second Lieutenant Guillermo Nasif, First Corporals Marciano Verón and Víctor Samuel Guerrero, Corporal Carlos Misael Pereyra and Gendarme Juan Carlos Treppo. Those who could jump braved the fire and rescued injured colleagues.

This Thursday everyone’s story returned to the light through Sánchez. It so happens that the governments of Argentina and the United Kingdom agreed with the International Committee of the Red Cross the exhumation of one of the two mass graves that stand in the Darwin Cemetery, in the Malvinas. It is the one that from 1983 to 2004 carried a tombstone with the legend that Sánchez and three other unidentified men were there.

The agreement of this Thursday follows another that had been signed in 2016 and that at the time allowed the identification of 115 Argentine soldiers buried there after the end of the 1982 war. There were 121 graves, the graves without being able to identify among others that they were. out of a total of 230.

Defined by the secretary of the Malvinas Area, Daniel Filmus, as a State policy because it began under the government of Cristina Kirchner, in 2012, continued during that of Mauricio Macri and will now continue with other agreements, it will reveal the mystery of one of the two mass graves that were misidentified in the mid-2000s when the cemetery was restored.

There are two mass graves in the Malvinas. The two mark stories of tragedy and neglect. The identification process is largely a restorative event. That of Sánchez and those who are truly buried there begins to be repaired after groups of combatants, some relatives in isolation and the Cordovan researcher Alicia Panero even demanded before the Justice to unveil the mystery of the unidentified graves.

The burial work carried out by British Army Colonel Geoffrey Cardozo in the entire Darwin cemetery in 1983 indicated that grave C.1.10, which will be opened by members of the Argentine Forensic Anthropology Team at the latest in August, carried a plaque that He said: “Four Argentine Soldiers Only Known by God, including First Ensign Julio Ricardo Sánchez.

The collective grave of the Darwin Cemetery, in Malvinas that bears the names of Héctor Walter Aguirre, Mario Ramón Luna, Luis Guillermo Sevilla and Julio Ricardo Sánchez. The first three appeared in individual graves between 2017 and 2018.

Since the construction of the Argentine Darwin cemetery there was no identification process, nor any exhumation. But in 2004, the two mass graves underwent modifications. In the case of the one that bore the name of Sánchez and of three unidentified people, he began to carry another black granite plaque. the name of the 1st Ensign of the National Gendarmerie Julio Ricardo Sánchez and that of the Air Force soldiers Héctor Aguirre, Luis Sevilla and Mario Luna.

What happened? In the process of collective identification carried out mainly between 2017 and 2018, the remains of Aguirre, Sevilla and Luna were found in other individual tombs, bearing the emblematic legend of “Argentine Soldier only known to God.”

Nothing linked them to the death of Sánchez. Aguirre, Luna and Sevilla were soldiers of the Air Force who died on May 29 in a bombardment of the Isthmus of Darwin, being stationed at 86 km. from Mount Kent, and where Sanchez and his companions died.

Panero claimed that no one explained to the relatives about the change of identity in the graves. And in his various writings, from Córdoba – where he lives – he showed more than uncomfortable documentation. The researcher repeatedly stated that in 2004, when the old cemetery built in Darwin in 1983 was remodeled – and financed by Eduardo Eurnekian’s company Corporación América – the records were changed. Eyes are turned to the Air Force and the Malvinas Family Commission, responsible for identifying them.

When the cemetery was remodeled, Panero said, the Ministry of Foreign Affairs asked each of the armed forces through the Family Commission to indicate which dead they had identified to put the names on the graves. The Air Force had two records.

A document is the one that shows that Aguirre, Luna and Sevilla, his soldiers killed in Darwin, were not identified. The other record is from tomb B 416 where there would be two remains of the renowned Lear Jet that fell on Borbón Island with all its crew: Marcelo Lotufo, Francisco Luna, Guido Marizza, Juan José Falconier and Rodolfo de la Colina. The remains of the Lear Jet were only found in Bourbon in 1994 and were buried there. But it is stated that since 2004 there have been remains in Darwin in that tomb B 416, which since the remodeling has carried a plaque with the names of the five fallen. This tomb could be the result of a new identification agreement between London and Buenos Aires.

One of the theories being considered is that the Air Force I did not want to verify the idea of ​​”disappeared” or NN, taking into account the sensitivity of a language stemming from the abuses committed during the last military dictatorship.

The truth is that the Air Force, Panero was able to verify, responded to the Foreign Ministry through the Family Commission to put the names of the five fallen in the Lear Jet in tomb B 416 and in tomb C.1.10 that they put to Aguirre and Seville. And in an annex to the latter it was also requested that they put Luna’s name on the same tombstone. Last year, Clarion He asked the armed forces several times for information about what happened in this process, but it was not successful.

Panero assured that both the Air Force and the Relatives Commission at the time signed the change of crosses where these fallen were not identified but appeared in identified graves. “The marbles were made like this. Without checking without corroborating,” he will say. “By then no one thought that there was going to be an identification process like the one that began.” Moreover, he will say with a firm tone: “They responded to a request for access to public opinion in June 2018 saying that they had no NN remains in Darwin and in July Aguirre, Sevilla and Luna appeared in different tombs.”

There are no certainties, but the Government presumes that his companions Trepo, Pereira and Nasif could be in the grave with Sánchez, who would have been buried in C.1.10 inside the same coffin.

Another story weighs on the Lear Jet’s grave. It is assumed that Darwin’s tomb has some remains of the crew of the attacked ship but not all of them, and other remains remain in the tomb of Bourbon Island. Since 1994, Lotufo’s widow, Alicia Brigada, has demanded the identification of the remains that allows her to know which of them is her husband. They are actually three against two relatives who ask to identify the remains of the Lear Jet of Darwin and Bourbon. Another chapter of the Malvinas war.