‘Falcon and the Winter Soldier’: Marvel has superpowers on television 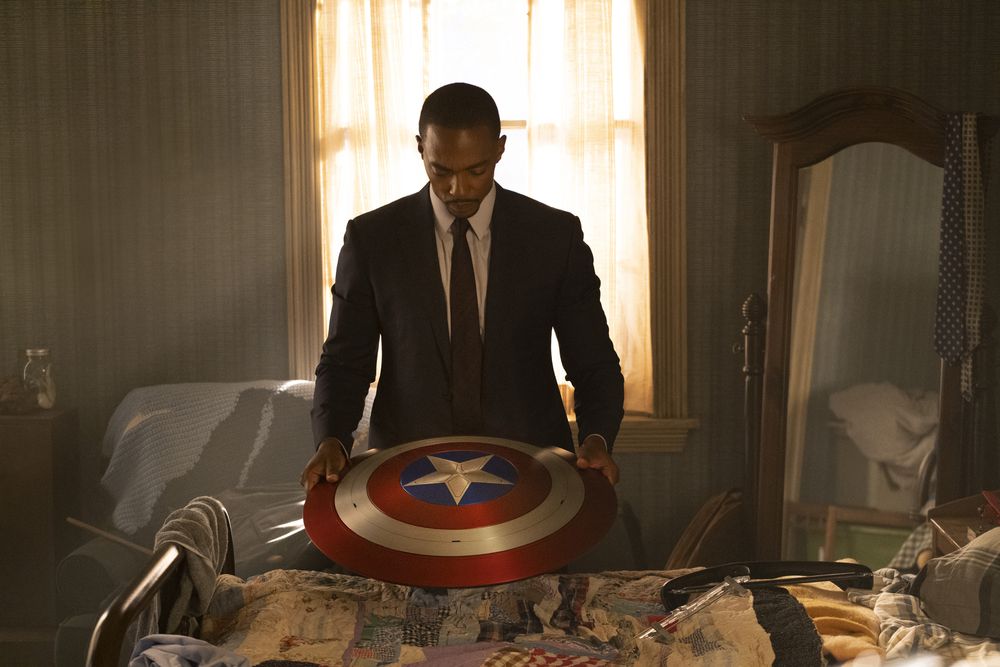 These are new times in the multi-million dollar audiovisual universe of Marvel and Disney superheroes. After closing the last phase of its interconnected project, with 23 films released since 2008 – three of which are among the five highest grossing films in history – the fourth cycle has been released on television. In this new era, in which the barrier between the big screen and household consumption is increasingly blurred, Marvel bets everything not to differentiate the medium and alternates series and films without major distinction: everything is the same universe and everything they dedicate huge amounts of resources. Following the popular success of their first joint series, The Scarlet Witch and Vision (WandaVision), Disney + and Marvel Studios release their second fiction series, Falcon and the Winter Soldier.

The series begins where the movie ended Avengers: Endgame, with the doubt of who will carry the shield of retired Captain America (and what it represents), a hero who, contrary to what his image may show, is not a defender of the United States in the style of Donald Trump, but of the good functioning of American society. He is the first critic of governments that are not up to the task. Falcon and the Winter Soldier takes up the two characters that give the title its name (played by Anthony Mackie and Sebastian Stan) as supposed heirs to the spirit of Captain America and continues, as in the previous series, with an exploration of how to cope with a loss and the subsequent duel.

The series’ director and producer, Kari Skogland, and screenwriter and producer Malcom Spellman explain this approach to heroism in times of covid and political earthquakes (the production took place during Trump’s last year in the White House) in a video conference with EL PAÍS. “One of the central conversations the film has is what it means to be a hero in 2021. We explore it from every possible perspective. It is an examination of all aspects of heroism, what it meant in the past and what it means to look forward, ”says Skogland. “The great thing is to have this evolution of the characters that emerge as heroes for our times. It is not possible with the current state of the world that no one thinks that heroes in real life or in movies can be the same as they were before. We’ve worked hard to evolve these characters into people who can be heroes to anyone today, “adds Spellman.

Falcon and the Winter Soldier must have been released before The Scarlet Witch and Vision, but the stoppage in the industry for most of 2020 due to the health crisis prevented it. That change seems to have gone round for Marvel, acknowledges the screenwriter: “The Scarlet Witch and Vision It was a bombshell and created a lot of good will [por ver estas series] among the viewers and I hope we will benefit from that. ” From that closure of production and being able to release a few weeks later they have also benefited. “Our series has always been very relevant to these times and because we closed production we were able to make some adjustments. The snap of fingers with which [el malo de turno] Thanos killed half the population and what happens in Endgame… we have been able to treat that as a global problem and make a mirror with the world facing [el coronavirus] put together, so it has made our series even more relevant, ”says Spellman. “We were in awe of the evolution of the pandemic and the different currents in political conversation and protests, we are very proud that this particular story is so relevant to our times,” adds Skogland.

The producers of the series, including the great head of Marvel Studios, Kevin Feige, speak at all times of films, they do not distinguish television from cinema. “This series pays tribute to buddy movies, buddy movies, guy 48 hour limit, Lethal weapon or Rush hour, which is a universal way of narrating. This carries over to any language and age. If you haven’t seen a lot of Marvel movies, what’s great about this is we’ve made the series and we’ve built this world with the people who make Marvel movies, so you get the show and the magic that they know how to create, no shortcuts, it’s the same as what you could see on a big screen. And the other thing you get, whether you’re a Marvel fan or not, is relevance. This story of superheroes in which we have worked is one for these times and all times ”.

And although they only talk about cinema in Marvel, what Disney + has achieved in recent months with The Scarlet Witch and Vision and Star Wars fiction The Mandalorian is to return to television from years ago and face the Netflix model of offering all the episodes of a fiction at once to be consumed without waiting. Each week an episode is released that encourages conversation on social networks (and the consequent theories of followers of what is to come or what they would like to see), creates a wait and a unique state of anticipation and lengthens the presence of the series in the foreground for weeks. “I’ve always liked when series do it, the torture of waiting for the next episode to be on is part of the fun of television, because you know it’s going to come, but you can’t make it come faster, I’m happy it is. So. And seeing the first episode, it is not obvious where this series is going ”, explains the screenwriter. The director for her part promises twists and turns and unexpected events to maintain interest and to create speculation. Twists that will continue and blend into other movies in the infinite Marvel universe.

Gibraltar refuses to host asylum seekers in the UK