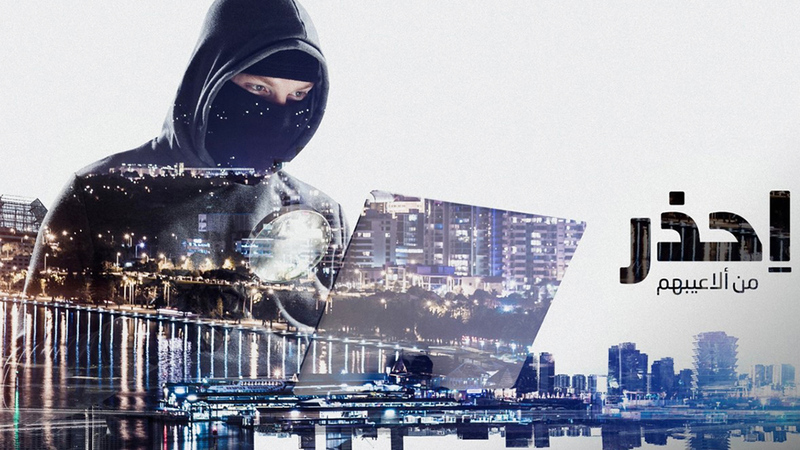 Celebrities on social networking sites confirmed to “Emirates Today” that they receive a lot of abusive statements that expose their origins, nationalities, shapes, or skin colors, just because they talk about general issues, although most followers agree with them in their views.

The Ministry of Interior warned against bullying in all its forms, stressing that it is a crime punishable by law.

The legal advisor, Dr. Youssef Al-Sharif, stated that the penalty for cyberbullying amounts to imprisonment for a minimum of six months, and a fine of no more than 500,000 dirhams.

Bullying is defined as any form of intentional abuse or harm, whether psychological, physical, verbal or electronic.

In detail, during the past period, political, artistic and sports figures have been subjected to bullying campaigns on their accounts and personal pages on social media, due to opinions and positions that are not accepted by bullies, while activists demanded a toughening of the punishment for bullying, and monitoring of suspicious accounts that they adopt, or use to attack them. others, belittle them.

A famous person on the communication sites said that he does not reject the difference in views, but he feels sorry when some people try to blame him on the part of his family, pointing out that he has been subjected to this type of bullying more than once in recent months.

A famous figure said that she encounters daily attempts by some followers to disturb her mood, by criticizing her manner of speaking or make-up. But she knows that behind these criticisms are certain people, who are envious of them, and who try to smash them.

She called on those with different or different opinions to express their opinions, whatever they may be, without mentioning the color of her skin “because people do not choose their colors.”

A person known for his patriotic stances expressed his annoyance at attempts to belittle him on social media, by publishing fabricated videos that try to distort his image and offend him. He added that most of these attempts do not bear clear names and do not indicate the true identities of their owners. This, he said, is enough to distinguish strong opinions from cowards.

Youssef Abdullah stressed the danger of the spread of bullying on social media, as there are those who bully an actor because of the way he is represented, or an athlete because of his black skin, or a political figure because of his disagreement with her, as well as bullying the decisions of countries that are taken to achieve the public interest, noting that bullying reaches To exchanging insults and insulting insults, and going into one’s feelings without being deterred by religion, morals or conscience.

(Abu Hazaa) believes that there are fake and fabricated accounts created by hostile parties, with the aim of publishing offensive comments and promoting extremist ideas, and spreading confusion among members of society, calling not to be drawn into these comments, and to raise awareness of the dangers of cyberbullying.

He added, “The phenomenon is no longer confined to the school community, but rather spread on social media.”

Hazem Kamal agreed with him, who said that the growing phenomenon of bullying on social media is a global ethical problem, stressing the need to launch awareness campaigns and enact deterrent laws.

He called on the companies developing social networking sites to reduce this problem, because it has significant psychological and social effects.

He stressed that he frequently monitors cases of bullying against well-known sports, technical and political figures, “and this appears through abusive comments whenever a tweet or publication is published on his personal account,” noting that “offensive comments include words, photo clips, and fabricated video clips, to degrade him, and that may affect that. His children and his family.

Muhammad Siddiq indicated that “expressing opinion and disagreement with the other is a right for everyone, but without insulting, mocking or insulting,” adding that the phenomenon affects the accounts of political, artistic and sports figures, through the comments of their followers on social media.

For his part, Legal Counsel, Dr. Youssef Al-Sharif, said that what is meant by cyber-bullying is the aggressive behavior of abuse or harm directed at a particular person or group through one of the means of information technology or social media.

He pointed out that bullying is often an abuse of power or authority in exchange for weakness, deficiency or handicap.

Electronic bullying is also considered one of the most dangerous forms of bullying, due to the difficulty of identifying the bully’s identity in most cases, due to the availability of modern technology means to open electronic accounts with pseudonyms and false data, which make the bully anonymous before the authorities.

Al-Sharif indicated that the United Arab Emirates is one of the countries that has made combating bullying in all its forms and forms one of its most important goals and objectives. Among the manifestations of this is the penalization of bullying in all its forms and forms, and the imposition of a severe punishment for it, as the law in the matter of combating information technology crimes stipulates that he shall be punished by imprisonment for a period of no less than six months and a fine of no less than 150 thousand dirhams and not more than 500 thousand dirhams, or By one of these two penalties, whoever uses a computer network, an electronic information system, or an information technology means to attack the privacy of a person in cases other than those authorized by law, in one of the following ways: eavesdropping, interception, recording, transmission, broadcasting, or divulge conversations, communications, audio or visual materials, take pictures of others, prepare, transmit, disclose, copy or retain electronic images, publish news, electronic images, photographs, scenes, comments, data or information; Even if it was true and true. Whoever uses an electronic information system, or any information technology means, to make any modification or processing to a registration, photo or Mashhad, with the intent of defaming or offending another person, or attacking or violating his privacy.

He added that the UAE legislator included all forms of bullying as part of the sinful act punishable by law, whether the bullying was direct or indirect, verbal or physical, voice, image, written, audio, visual or other message.

He added that the state allocated a week each year, which it called the “National Bullying Prevention Week”, and it is implemented by the Ministry of Education, in cooperation with the Supreme Council for Motherhood and Childhood, with the participation of more than 20 local and federal agencies, with the aim of raising awareness about the phenomenon of bullying in all parts of the Emirates. .

• “Cyber ​​bullying is considered the most dangerous because of the difficulty of identifying the bully.”

• «Anonymous accounts use comments to stir up strife and racism».

• “Bullying is often the exploitation of strength in exchange for weakness, deficiency or handicap.”