“Fair Chance” renews Boateng’s hope to return to the “Manshaft” 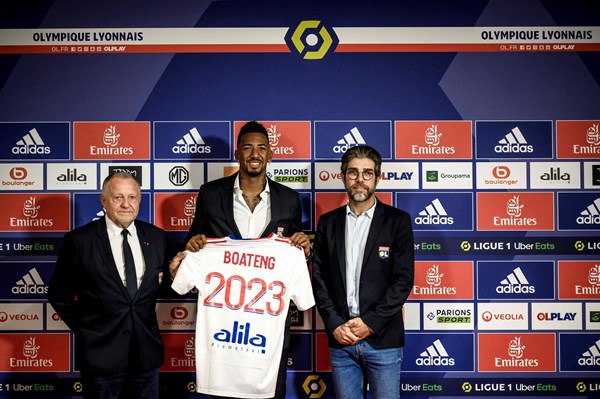 The former German international, Jerome Boateng, refused to confirm the possibility of his return to the German national football team again, after recently joining the French club Olympique Lyon. At the end of the day, it is the performance that everyone has to give in order to deserve to play for the national team.”

The 33-year-old central defender added that what he wants now is fitness and a good season with Lyon, and if things go well, he may get a chance again. Boateng had contact with the coach of the German national team, Hansi Flick, before his move to the French League.

Boateng explained that Flick told him about Lyon that it is a good club and plays at the international level and that he would be happy for me if I was transferred to Lyon successfully. Former Germany coach, Joachim Loew, had excluded Boateng and other players, such as Mats Hummels and Thomas Muller, from the “Mannchchaft” after the early exit from the World Cup Russia 2018.

And about the future of the three players with the national team, Flick said: The best is invited to join when he performs the highest performance. It is noteworthy that Boateng was a key player under the technical leadership of Flick at Bayern Munich.

On this period, Boateng said that under Flick he had a fair chance because it was a chance dependent on performance, and the last two years with Hansi Flick were excellent, and we were able to win the Champions League again.

Boateng stated that he had a “good inner feeling” about the move to Lyon, as I liked the club, the project and the goals of coach Peter Boss.