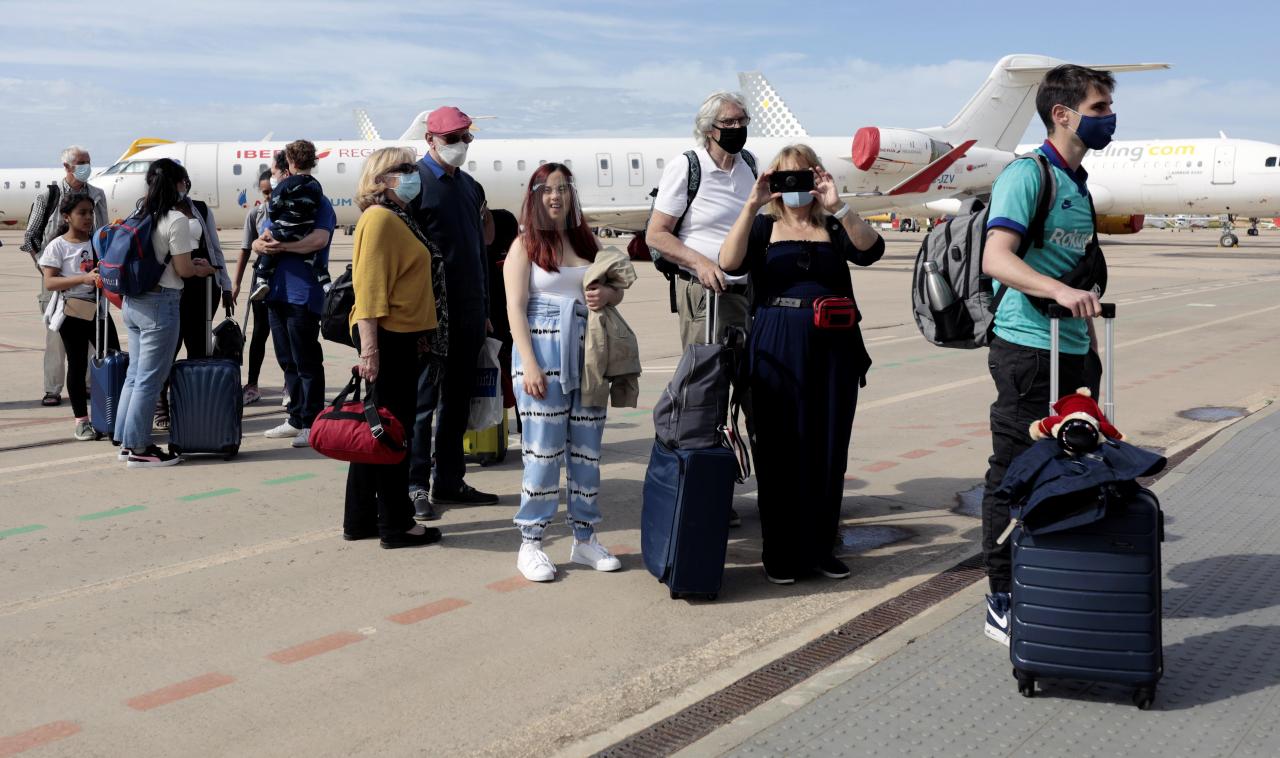 Tourism hotspot Spain’s grand reopening to international travel got off to a slow start on Monday, with newly relaxed entry requirements failing to attract the desired wave of foreign visitors amid confusion over the new rules.

Hoping to revive its struggling tourist sector Spain began letting in fully-vaccinated people from all over the world on Monday, but only published detailed rules on Saturday, leaving travel operators and tourists in the dark until the last minute.

International flights to and from Spain were up around 40% compared with a week ago but a spokesperson for airport operator AENA said the increase was in line with a general rise over the past few months.

“It is not tremendously significant, it is gradual … they’re rising little by little,” she said.
Madrid’s Barajas airport was quiet on Monday morning, especially compared with the hectic flow of tourists before the COVID-19 crisis.

“You have to fill in some paperwork on the internet and it’s very complicated. So much the better if we stop all of this,” said French tourist Veronique, who did not give her last name.
Still, Javier Gandara, president of Spain’s ALA airlines association welcomed the new regulations, particularly the decision to let travelers in with a negative antigen test, rather than the more expensive PCR test.

“It will allow the recovery of traffic from all over Europe to Spain,” he said.
Cruise ships, which have been banned from entering Spanish ports for a year, were also allowed back from Monday but the first liner is not expected until June 26 when MSC’s Grandiosa is set to dock in Barcelona.

“Having known about this a few months before would have let cruise lines plan how to reopen as soon as possible,” Alfredo Serrano, head of the Cruise line international Association in Spain, told state broadcaster TVE.

In parallel, since May 24, tourists from 10 non-EU countries deemed low-risk, including Britain, have been able to enter without a negative PCR test.

Foreign visitors to Spain, the world’s second most visited country before the pandemic, tumbled 80% last year, while the Funcas think-tank calculates the sector’s contribution to economic output crashed to 4.5% from 12%.

Data released last week showed some 630,000 tourists visited in April, up from virtually zero a year before, but still 91% fewer than in April 2019.
Prime Minister Pedro Sanchez forecast arrivals could reach 30% -40% of 2019’s levels this summer.