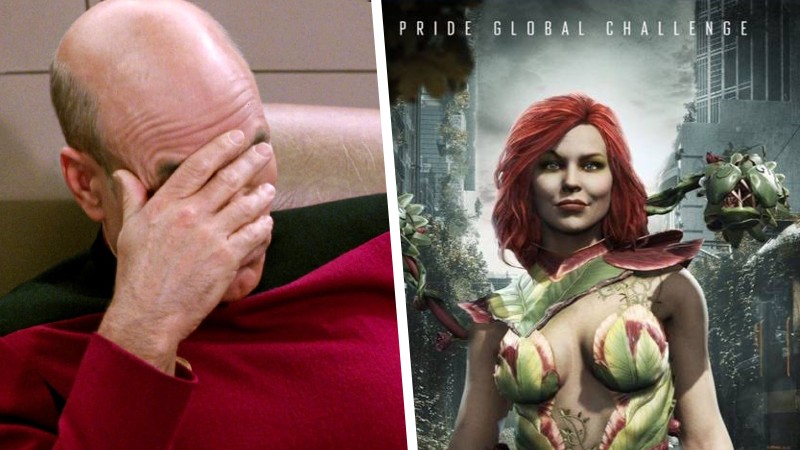 Injustice 2 wanted to join the celebration for pride month LGBT + in its mobile version implementing a small event that turned out to be a failure.

This stumble was not due to a lack of participants, but rather because instead of fostering respect, it prompted players to hit a character that could be included in the movement.

Injustice 2 offered rewards for defeating Poison ivy, a villain who in some representations is included within the community LGBT +.

The event celebrated by the so-called Pride Month it didn’t turn out as well as the developers thought, as the community didn’t take one of the goals well.

As incredible as it may seem, Injustice 2 rewards you for defeating Poison ivy, who is considered an LGBT + character and we have even seen her in a relationship with Harley quinn.

The annoyance of the players was evident through the official account of Twitter of the game, where they placed several complaints about it.

‘Celebrating Pride month by having players eliminate a queer character hundreds of thousands of times…?’

‘What you guys said.’

Injustice 2 apologizes to the community

After all the reactions from the fans, the Twitter account deleted the image of the event and shortly thereafter published a short message in which it apologized for what happened.

‘We recognize that associating our latest Global Challenge with Pride was insensitive and inappropriate. Actual violence against the LGBTQIA + community and women in particular in this community is far too common, and we should act to end LGBTQIA + violence, not normalize it. We apologize to our great community, especially the LGBTQIA + members. ‘

After this legendary blunder we hope you will think twice before hopping onto such a commemoration in a hasty manner.