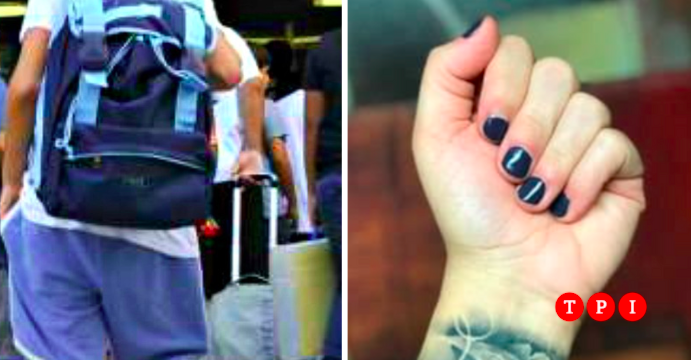 Last June 8, Philip (invented name), 12, was in a park in the Infernetto area of ​​Rome with a group of friends to celebrate the end of school. A day that – after a year like the one just ended – was supposed to represent a moment of pure lightheartedness for many kids who deal with a bit of post-Covid normality. For Filippo and his friends, however, things went differently. Suddenly, his small group – him plus 4 girls – was attacked by a bunch of peers who, in far greater numbers, started insulting and throwing eggs on them.

The story tells it to TPI the boy’s mother, Claudia, who wanted to denounce yet another episode of homophobia and violence in an Italy that accumulates a growing and worrying number of similar stories.

“My son was in the park celebrating the end of school with a bunch of friends. A large group of peers from another school approached and started to provoke them. They did not answer, then the egg tossing started, which hit my son and left him with a bruise, he was alone with 4 girls. But the bad thing was the insults aimed at him: Filippo has long hair, loves to put on colored nail polish, use eyeliner, he is fascinated by the LGBT world, he has a rainbow handbag, he has his own way of expressing himself, he likes to write , draw etc. So far we have not had any problems, but this time we have very heavy insults. ‘Shit fagot, lousy gay, are you male or female’. At that point – since there were so many boys – my son perhaps felt overwhelmed, went away and called his father to come and get him ”.

What happened at that point?
The girls who were with him tried to defend him but were pushed to the ground and covered with insults: “whores, sluts, all you want for a mouthful”. This lasted for a while. When I got home I thought the problem was just throwing eggs, I didn’t know about the homophobic and sexist insults. I went back to the park and found my son’s friend who was still crying from being kicked. I found the group of boys and I got angry, I told them they couldn’t hit their peers like that.

Were you able to understand the dynamics of the facts?
When I got home, the other mothers wrote to me telling me that there were the details for a complaint and they reported the heavy insults received by my son and her friends. I asked Filippo for feedback after various reports from other parents on these insults and he confirmed the story, after an initial reticence. We went to the Carabinieri, to the principal of the school of these children, we wanted an educational action, they are 12 years old, we do not want them to be stung but to talk about issues such as inclusion in schools. It’s a bad story.

How is Filippo?
My son did not want to go out in the following days, the idea of ​​going to the park anguishes him. I expected to find myself in front of older boys, instead they are all children of Filippo’s age, and this upset me. I wrote a post on the neighborhood page and got an important answer. We have organized a flash mob for Saturday to give an answer to this situation and also to make sure that Filippo makes peace with this place.

Were you able to confront the parents of these children?
So far, none of these kids’ parents have come to talk to us. Yet the story is known and the schools have been involved. They are little kids, it was a pack action, but every day you hear one. I must say that the response from our school was very strong and present. The first day Filippo was upset, then his friends were close to him, he is happy to participate in this initiative and I hope that slowly we can put this situation behind us.