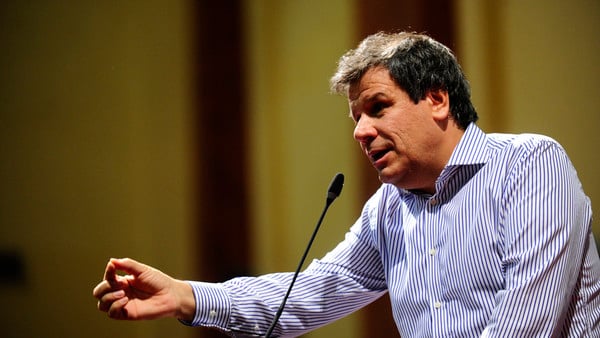 Facundo Manes, the neuroscientist who for a few weeks had been throwing signals with the idea of ​​launching into electoral politics, will finally take the big step and will confirm your application in the Province of Buenos Aires. The formal announcement will be given this Friday through their social networks

In this way there will be internal, at least, between the Unión Cívica Radical and the PRO, To define the legislative candidacies for Together for the Change in the STEP to be held in September.

Manes will make an announcement this Friday that would include some type of streaming transmission on a virtual platform. Or at least the posting of a message from the candidate.

Close to Senator Martín Lousteau and with the support of radical figures such as Gerardo Morales, governor of Jujuy, the also bestseller will temporarily leave his talks on the multiple capacities of the brain in the background to compete almost certainly with Diego Santilli, who will move to the Province as a postulant for Horacio Rodríguez Larreta.

Until the irruption of Manes, the letter with which radicalism seeks greater relevance in the Province – in the JxC discussions, the disputes were concentrated in the PRO with the duel between Mauricio Macri and Rodríguez Larreta, translated into the pre-candidacies between Santilli and Vicente López’s mayor cousin, Jorge Macri.

Somewhere within that intern, Emilio Monzó also has an interest, who was praising the arrival of Manes, although he is regarded with suspicion by the rest of the allies who originated what Cambiemos was.

The radical backlash came from the governor of Jujuy. Morales raised the stakes, after celebrating the victory in his province with Manes himself and Lousteau on stage.

“I’m convinced that Facundo is going to be our candidate. Radicalism has to fight in the PASO in the province of Buenos Aires. Let no one cut their veins so. Cambiemos arose in 2015 in an internship between Macri, Sanz and Carrió ”, assured the governor, one of the promoters for Manes will definitely be encouraged to take the step to electoral politics.

The neuroscientist had surfed to give confirmation in a virtual meeting with a group of radical mayors from Buenos Aires, but lit the fuse: “This election is about what kind of country we want to be, perhaps it will be the battle of our lives,” he said at the closing of that talk by Zoom.

“We Argentines are much more than this. The pandemic is a multidimensional battle that we will always remember and we need to measure up. We have to be disruptive with innovative proposals, honest, to face the day after, “said Manes at the meeting organized by Maximiliano Abad, head of the Provincial Committee, in which 31 mayors of the UCR participated.

“It is very important for me, in these days of decision, to listen to them, both politically and humanly”, Manes closed at that meeting and left open the determination on his candidacy that ended up defining these last hours and that he will confirm this Friday.

Manes’ appearance on the scene had already taken shape on June 16, in the UCR Committee, with a photo and elliptical statement until then, along with Morales, Lousteau, Alfredo Cornejo and Mario Negri.

It is still a mystery who will be able to second him in the radical internal list.