Facundo Manes in the UCR Committee: ‘If the party stands up and leads, I will accompany’ 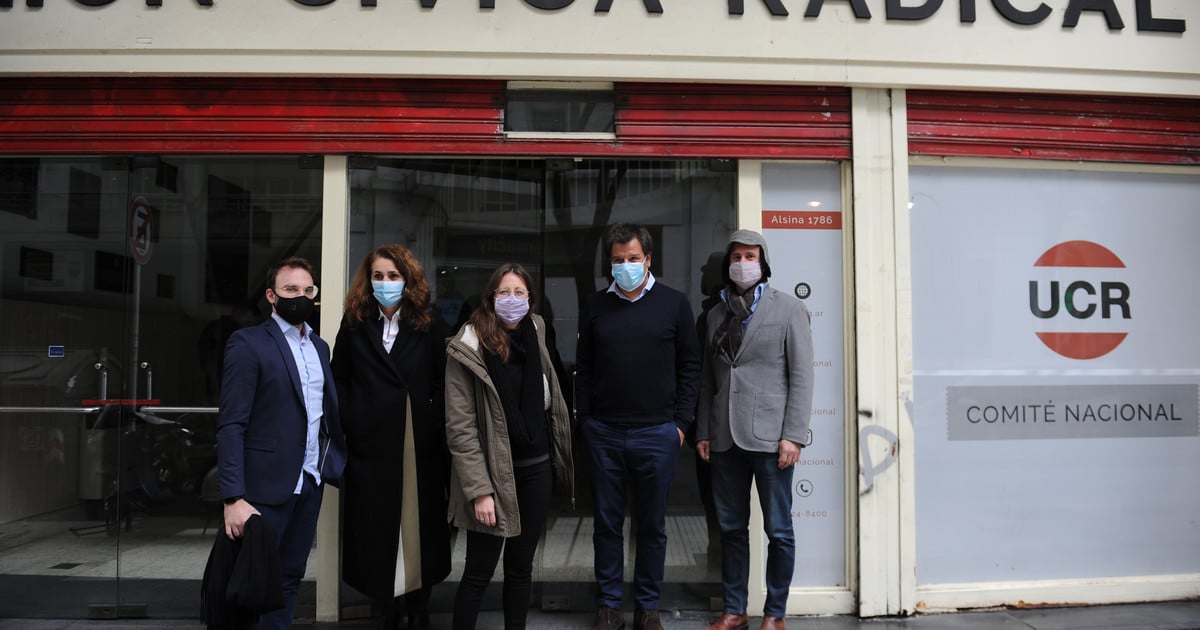 It was an afternoon with climate of resurgence in the National Committee. Facundo Manes did not confirm if he will be a candidate in the province of Buenos Aires, but the main referents of radicalism left the meeting practically convinced that the neuroscientist this time will give way to electoral politics. In this way, the UCR will seek stand in a different way in the discussion with the PRO and dispute spaces with greater weight within the coalition.

“If radicalism stands up, leads, opens up and calls all sectors, I am going to accompany. We need to get out of underdevelopment and start discussing progress ”, was one of Manes’ phrases on the ground floor of the building on the Alsina street. Another: “I saw a radicalism standing up, wanting to lead a centropopular coalition that brings together all sectors for this cause. As was democracy in 1983, radicalism is convinced that it needs a new paradigm of knowledge ”.

So far it went, although those who heard it discounted that the decision has already been made and it would take a few days to announce it. On the fourth floor, Manes spoke of his view of the country, his development plan and the electoral scenario with Alfredo Cornejo -the head of the UCR-, the governors Gerardo Morales and Rodolfo Suárez, the heads of the parliamentary interblocks Mario Negri and Luis Naidenoff, Martín Lousteau -beated in the Buenos Aires internal by a tight margin-, Maximiliano Abad -winner of that dispute-, Ernesto Sanz, Angel Rozas, Erica Revilla and Alejandra Lorden. Manes went with his brother Gastón -conventional elected in March- and four members of the Con Argentina organization.

Facundo Manes, with authorities and referents of the UCR and members of his team, at the headquarters of the National Committee.

“It does not depend on who gets involved but on how we all get involved,” said the neuroscientist after the meeting, when asked about his candidacy. At that time, Manes thanked Elisa Carrió for the support, an indication that he is seeking consensus to confirm the decision, although the radicals assured that he would be willing to compete in the primaries.

The scenario of Together for Change in the province of Buenos Aires accumulates disputes, the main one in the PRO before María Eugenia Vidal’s inclination not to run in that district: Horacio Rodríguez Larreta drives Diego Santilli, resisted by Jorge Macri. The eventual incorporations, such as that of José Luis Espert, also generate discussions.

“You do not have to enter the PRO internal, Macri and Rodríguez Larreta are not so different”, The radicals agreed with Manes, in the meeting behind closed doors.

“We are in a hinge moment of Argentine history. We come from decades of decline, we have 60% of the boys in poverty, malnutrition, lack of direction and hope. Today radicalism must be protagonist of a hope with the value of knowledge as the engine of development, ”Manes later declared, at times perhaps with a campaign tone. “Charges do not move me, causes move me”, He also said as he dodged a definition.

A few years ago, Manes declined to be a candidate on the grounds that he understood that there were no political spaces that coincided with the country’s model – with investment in health, education, science and technology – that he considered necessary for development. Does Together for Change represent you now? He asked. Clarion. “You have to build that space. It is not a question of marketing, but of causes”, He remarked.

The hosts chained with the statements a kind of operational clamor to push your application. “We are asking you to top the list for the province of Buenos Aires and we notice him very well predisposed. The upcoming electoral battle is very important to us and he gives prominence to radicalism, ”said Cornejo.

“We want to help you take a step forward in the province and we think we will convince youNegri continued. “It is a good day for radicalism. Facundo was very committed and He said that it will be until the end. You have to get out of the comfort of the minorities, in the coalition and in general, “said Lousteau.