Facundo Manes denounced Daniel Gollan for his role as Minister of Health: ‘His management was terrible’ 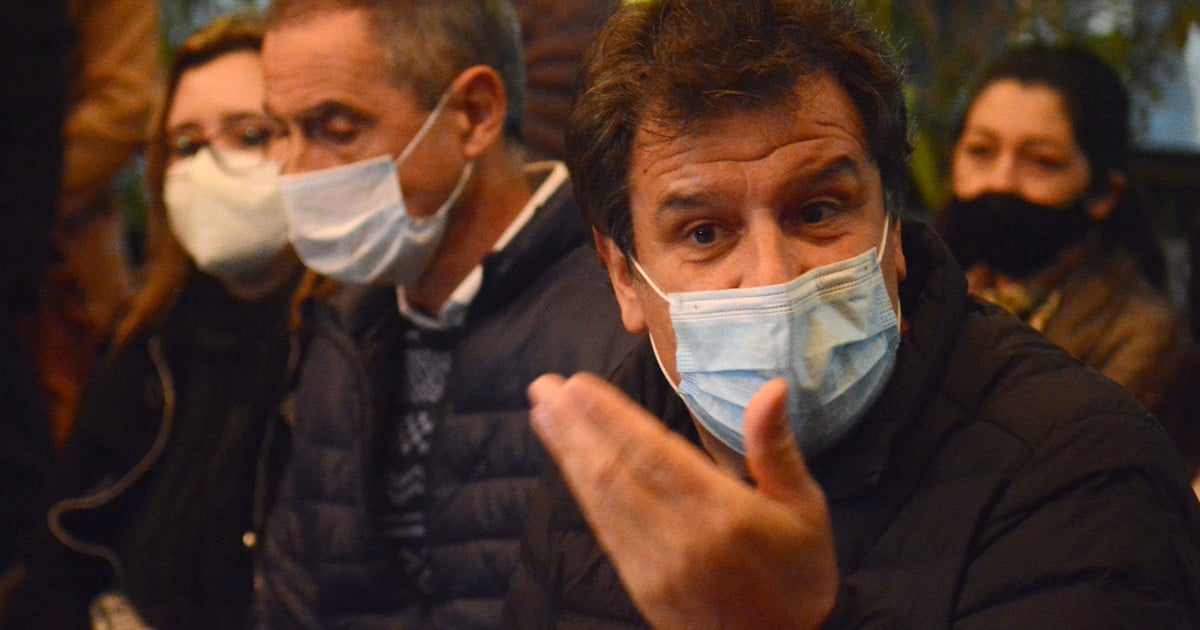 Facundo Manes took the tone of the campaign to a comfortable terrain. Doctor, neuroscientist and candidate for radicalism in the Juntos intern in the Province of Buenos Aires went to the bone against his counterpart Daniel Gollan, a brand-new ex-Minister of Health for Axel Kicillof and now an electoral rival as a pro-government candidate. “His management was terrible“he lashed out.

It was with thick ammunition. From the beginning, Manes marked that “Half of the dead” for coronavirus they were in the jurisdiction that had Gollan at the forefront of the health strategy.

“First Gollan would have to be defined. He was Minister of Health in the province of Buenos Aires during the pandemic and his management was terrible. 53,000 dead, half of the covid deaths in Argentina, “said Manes, running and unperturbed.

But there the criticism of the candidate who debuts in the trenches of the campaign for PASO 2021 did not end. Manes did a lapidary x-ray of the management of the former minister of Kicillof. “It was not tested, it was not tracked and it was not isolated“, summarized.

“In addition – he added in his most tense moment of the interview – the impact of so long without face-to-face classes, a year and a half without classes face-to-face is going to take decades. In economic, educational and psychological matters, the management of the minister Gollan is going to have a negative impact of decades”, He insisted

Almost like in a ring, it seemed that Manes was waiting for his moment to hit a stage -the health one- that was comfortable for him. “Another mistake made by (former) Minister Gollan is to handle health as if it were only something physical and health is physical and mental well-being and so many months of eternal quarantine, it has had an impact on everything. In the kids. They have anxiety and fear“, Shooting.

“What they have done is handle the pandemic with fear, not with more care. The management of a pandemic has to be based on scientific evidence and calling on all sectors ”, he continued with his criticism.

At the end of the interview, the radical candidate compared the global health crisis as a “marathon” and noted that “still we did not run all the kilometers”.

In that sense, he added that the Delta variant is coming and the State will have to “test, trace, isolate” and that is why it was irresponsible not to open the call to social sectors to define a strategy.

“We are still on time, because the pandemic it is a multidimensional crisis, it is the greatest health crisis in modern history, it is an economic, educational, psychological, social and geopolitical crisis, so you cannot drive only from one sector”, He concluded.

Manes is running as a figure incorporated into politics in the Juntos intern (which in the Province is not for the Change) by the hand of the Radical Civic Union in an intern against Diego Santilli, supported by the PRO and the Civic Coalition. He is a doctor graduated from the University of Buenos Aires, specialized in neurology.

22 years old, studying Medicine at the UBA and taking the first steps as a researcher under the guidance of my eternal teacher, Professor Tomás Mascitti. pic.twitter.com/hfSIUWqzc2

Gollan is the second candidate for deputy on the official list that leads Victoria Tolosa Paz at the head of the Frente de Todos armed group. He is a health doctor, graduated from the National University of Rosario.

The former minister of Kicillof and also of Cristina Kirchner in his last presidential term, had wet the ear of the neuroscientist, this Wednesday, in radio statements. “” Manes is not a public health specialist, never interested“, he ignored it.

Both with background and title in the matter, They are on their way to the PASO and it is to be expected that they will confront in the campaign with the government’s handling of the pandemic. Manes seems to have thrown the second stone. And it came out with force.