Facundo Manes compared the return to democracy with the current election: ‘We must fight for modernity’ 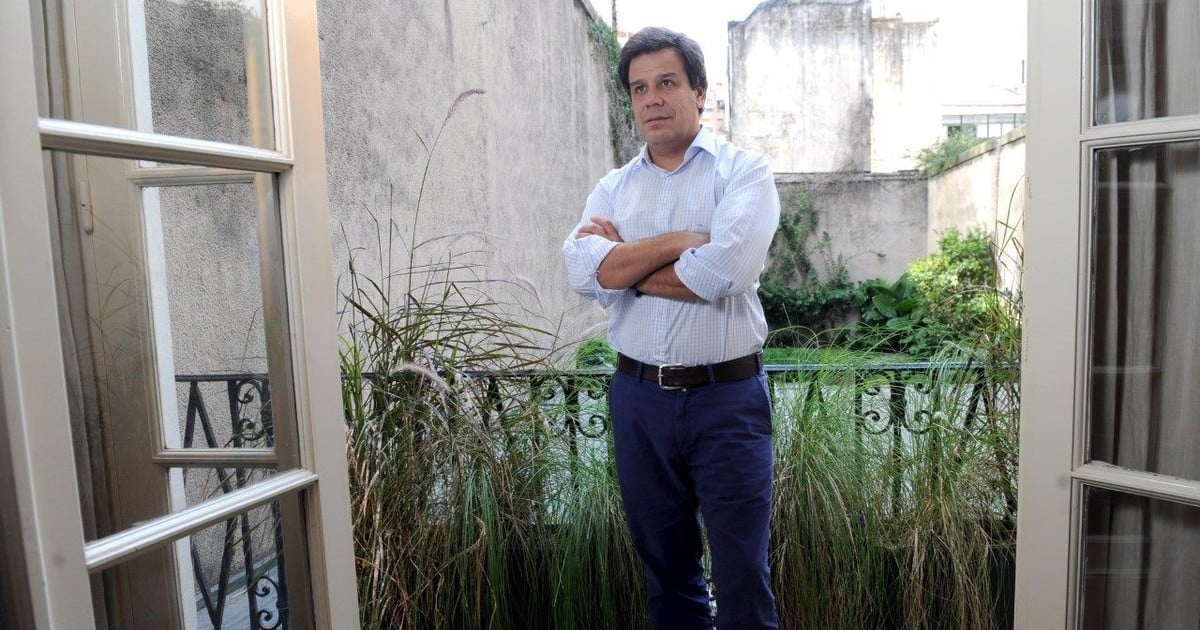 Facundo Manes, a pre-candidate for national deputy for Juntos in the province of Buenos Aires, affirmed this Monday that, just as in the 1980s Argentina fought for the return to democracy, currently efforts should focus on lead the country towards modernity, in the middle of “a new world”.

“This revolution we need it has to come out of millions of Argentines, it cannot be done by one person. In the eighty-odd, millions fought for democracy, today we must fight for modernity. That is not going to do any leader, “said who will compete with Diego Santilli in the PASO on September 12.

In dialogue with TN, Manes assured that “no official is going to give work in a world based on ideas.” In this sense, he considered that “a great nutritional, educational, health, scientific and technological revolution”.

The neurologist and neuroscientist born in Quilmes and raised in Arroyo Dulce y Salto, in the interior of Buenos Aires, also stressed that “Argentina must be transformed, because he cannot get out of involution. “

Facundo Manes in a campaign activity

“It is one of the few countries in the world that, without war, regress, in terms of poverty, economy and education. The challenge is not to hold a position, but to be part of a collective project such as democratic reconstruction, which happened because millions of Argentines fought for that, “he insisted.

“Now we can also face development, but an agreement must be generated that generates a state policy for no longer manage poverty“, he warned.

For Manes, it will be essential in the near future to achieve “a great deal to move towards development” and carry out “structural reforms” in the country.

“There were many personalist projects here and we need state projects. The winning coalition should summon 60 or 70 percent of the political forces, but for that you have to give in, and nobody wants to do it, “he lamented.

Manes, who comes from radicalism, took advantage of the moment to separate himself as much as possible from the ruling party: “Kirchnerism showed that their model is Santa Cruz, a rich but broken province in health and education, where the press is persecuted and Justice is addicted, where there is no private activity and what there is is related to those who govern. “

“We don’t want that model, and neither do Venezuela or Formosa. To confront them, we need to capture votes from many sectors, even from sectors that voted for Peronism, “he remarked.

“People are fed up”

According to Manes, to achieve a change in the mentality of society, that is, “exchange resignation for hope”It will be essential to achieve the development you want.

“Today Argentines think that money is made with corruption and politics, with football, with inheritances and with drug trafficking. We have to make a different time climate. If millions of Argentines do not want to enter modernity, it will not happen, “he exemplified.

At the same time, he added: “We try to educate and I hope that resignation will turn into something positive, but not for the leaders. There are many who do not want anything to change. Change is going to come from the bottom up. People are fed up and outraged with the leadership. I am optimistic because social changes always came that way. But no leader is going to do it. “

Mismanagement of the pandemic

Manes also criticized the way in which the ruling party led the country during these difficult times that were presented by the appearance of Covid-19.

“If you combine education, health, vaccine response, deaths, and the economy, the management of the pandemic was disastrousAt the same time, he criticized political leaders for “creating false dilemmas,” as well as for “making ideology of many critical issues that cost thousands of Argentines their lives, businesses and dreams.”

“The handling of the Kicillof government was as bad as that of Fernández. Leaders must calm society and here the fight was encouraged and a society that was getting sick was stressed. The state of society of frustration and apathy towards politics also has to do with the handling of the pandemic, “he said.

His differences with Santilli

Manes finally established the differences that he maintains with respect to Santilli, his rival in the PASO.

“He is a professional politician, I am someone who takes the step from civil society, we have different breeds, I was born in Quilmes and I grew up in Arroyo Dulce y Salto. Also that he is part of the Pro, a coalition party, and I am not, I am radical, “he listed.

And he stressed: “People no longer want the formula or the usual practices, nor to the same as always. We need a new country and for that we need honest and disruptive responses and for that we must see the rest of the world. “