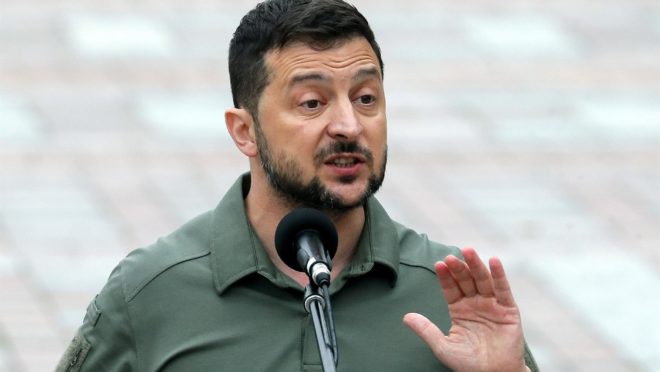 Ukrainian president said Russia plans to recruit up to 1 million men: “We know they will take everyone indiscriminately”| Photo: EFE/EPA/SERGEY DOLZHENKO

In his traditional late-night speech, Ukrainian President Volodymyr Zelensky urged the Russian military to flee or surrender to Ukrainian troops to avoid death in the face of the military escalation announced on Wednesday by Vladimir Putin.

Russia’s president announced the mobilization of 300,000 reservists for the Ukrainian war and threatened to use nuclear weapons to “defend” the country’s territory – already foreseeing the annexation of regions in eastern and southern Ukraine, which will be voted on in referendums from of Friday (23).

Zelensky said on Thursday that Ukrainian intelligence agencies found that the summons letters for Russian reservists had been printed and signed in advance, “even before this mobilization decision came about.”

“But the Russian leadership is preparing to take up to 1 million men into the army – this is the main issue on which they are now silent. We know they will take everyone indiscriminately. Not just reserve soldiers, but all men. Anyone who is so intimidated as to be more afraid of avoiding war than of dying in it,” Zelensky wrote.

Earlier, the Kremlin had denied that it had plans to mobilize up to 1 million men.

The Ukrainian president said 55,000 Russian soldiers had already died in the Ukraine war and “tens of thousands are wounded and maimed”.

“Want more? No? Then protest. resist. run away. Or surrender to be captured by Ukraine. These are options for you to survive,” Zelensky said.