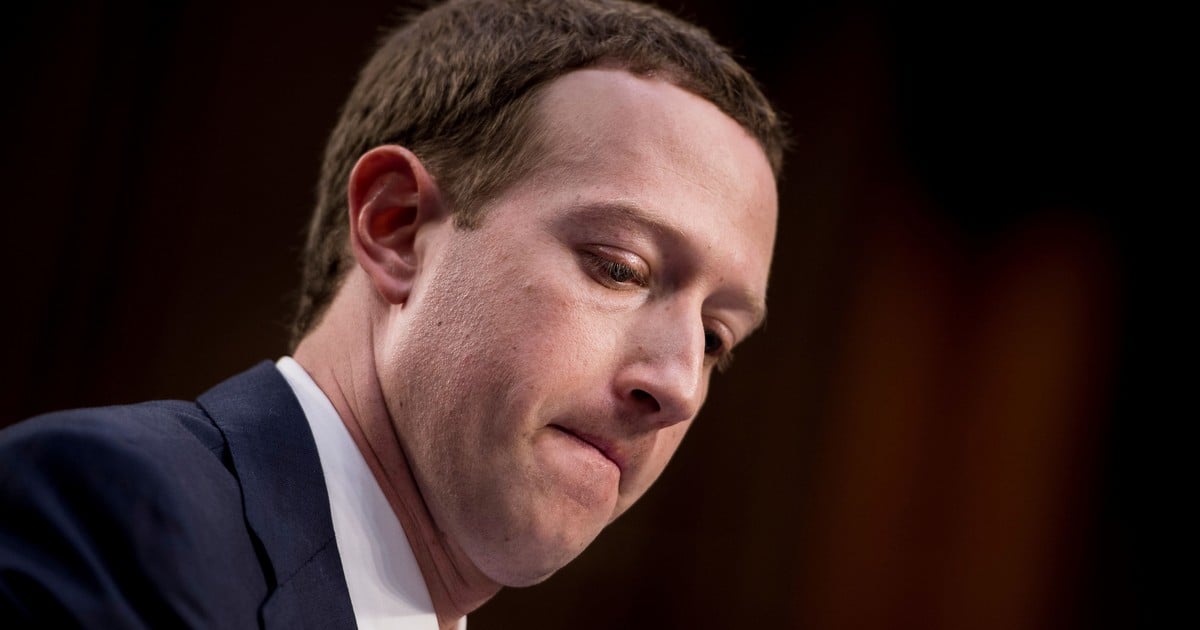 Facebook did not notify to the more than 530 million users whose data was obtained through the misuse of a social network function in 2019. And, furthermore, according to a company spokesperson, it has no plans to do so.

As learned by Business Insider, the phone numbers and other details of the user profiles were made available in a public database, which was later sold on the dark web.

This happens, in general, because cybercriminals they use this information to extort money, often through emails or ransomware, a type of virus that encrypts personal information and asks for money in exchange for a refund.

The truth is that Facebook said in a blog post that “malicious actors” had obtained the data before September 2019 by spy on profiles using a vulnerability in the platform’s tool to synchronize contacts.

And a spokesperson for the company founded by Mark Zuckerberg said he was not confident in having full visibility on which users should be notified. And explained that, “as the users could not solve the problem”, and that the data was already publicly available, they decided not to notify users.

Facebook clarified, yes, that it solved the problem after identifying it, back in 2019.

The information extracted did not include financial information, social security information (in the case of the United States) or passwordsFacebook said.

But the big problem is that the data collected could provide valuable information for attacks, or other types of abuse.

Facebook comes under scrutiny for the use it makes of its users’ personal data. To such an extent that, as a curious fact, it was learned that its creator, Mark Zuckerberg, uses Signal to chat, a service that competes with WhatsApp (owned by Facebook) and is sold as safer.

The company reached a historic agreement with the US Federal Trade Commission in 2019. It was investigated for accusations that the company did a wrong use of user data.

The Irish Data Protection Commission, the European Union’s top regulator for Facebook, said on Tuesday that it had contacted the company about the data breach. But he explained that he did not receive “no proactive communication from Facebook”, although now he was in contact.

The July 2019 FTC settlement requires Facebook to report details about unauthorized access to data from 500 or more users within 30 days after the confirmation of an incident.

Despite all these controversies, Facebook remains popular in the United States. This was revealed by a survey by the Pew Research Center published on Wednesday.

According to the survey, 69% of those consulted claimed to have used Facebook, a level that has been stable for five years.

In total, just over seven in 10 Americans say they have visited a social network, the same proportion as last year.

The survey, conducted by telephone between 1,502 adults, confirms the preponderant place that Facebook has among Americans, despite growing mistrust on the part of the public.

“There were many articles on the evolution of Americans’ relationship with Facebook, but its users are still quite active on the platform,” the survey authors note. “Seven out of 10 Facebook users they say they visit the site daily, 49% of which several times a day. “

While Facebook maintains the level, the YouTube video platform, a Google subsidiary, dominates the ranking of the most popular social networks: 81% of those surveyed say they have visited it, a jump of eight points in relation to the previous measurement.

The use of these platforms varies considerably according to the age of the users. The vast majority of people between 18 and 49 years old say they use social networks, while less than half of those over 65 say they use them.

Snapchat, TikTok and Twitter are very popular among millennials (born between 1981 and 1994) and Generation Z (born between 1995 and 2004), while they are the least visited among those over 60 years of age.

Facebook, for its part, shows a fairly uniform distribution among the different age categories.

The truth is that while many believe that Facebook no longer has the same weight as before, the numbers show otherwise.

I am: Princess Mily impersonator impresses singing “The telephone”

Netherlands suspends use of AstraZeneca vaccine