‘Face-to-face education is key to growth and development’ 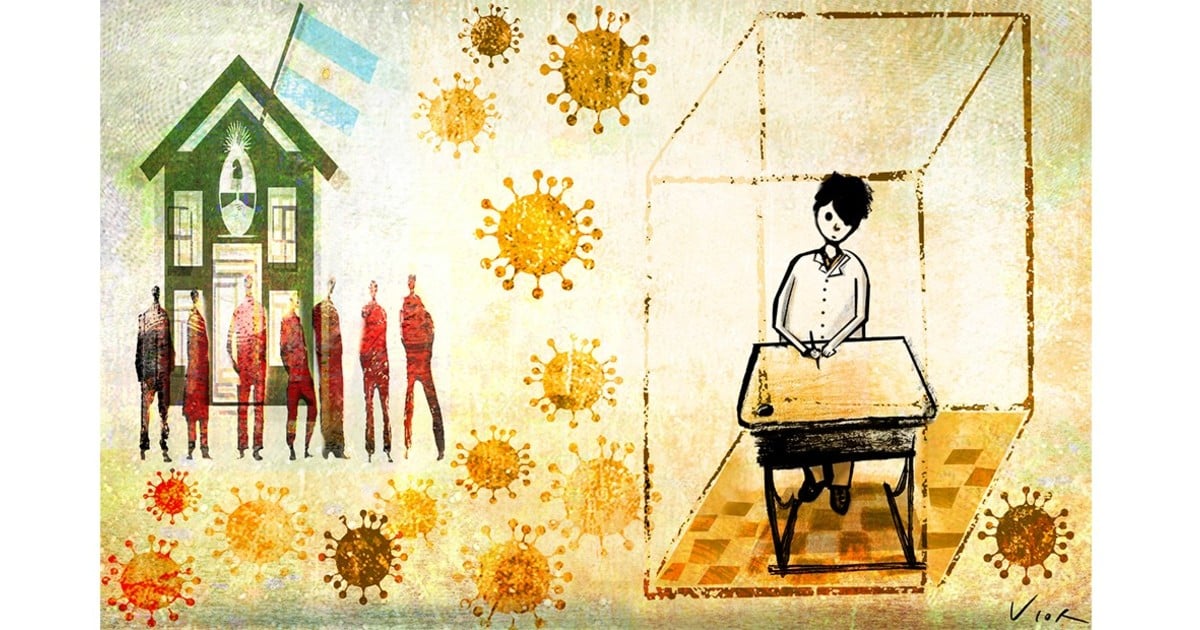 2020 was a terrible year for the entire world. Covid-19 left indelible marks on people and peoples. But in this small reflection I want to emphasize how life was destroyed (due to deaths) and the shortcomings produced by the confinement, the psychological problems derived from fear and loneliness, and by a school cycle that was lost.

In this matter, those who suffered the most were children and adolescents. Teachers and parents did the impossible to avoid these losses, but the reality indicates that “there is no education without presence.” The person of the teacher is not the same in the virtual activity. The parents did what they could, but it was not enough. The companions this year, were not. The loneliness of learning without its peer stained virtual classes a cold reality.

The presence of the other is the presence of “you” and all of “us” together. That “we” is what educates. Presence is what shows values, exemplary behaviors, models, it is what shows the democratic life of people, united in a common goal: to grow and develop.

Children grow and are formed from the relationship, and although it seems insistent that relationship is what allows them to become a full and fulfilled person.

Expect to learn from the past and work together

On March 8, face-to-face classes returned in many jurisdictions of the country for secondary school after almost a year of having the classrooms closed, and a week after the return from primary level.

With great joy we set out to receive our students and guarantee their right to education, trying to comply with suffocating protocols that make a task that is already extremely difficult almost impossible. The latter does not matter nor will it matter because we want all students in Argentina to be able to educate themselves and progress to move our beloved and beaten country forward.

However, there are no shortage of exceptions where, outside of educational institutions, boys and girls get together breaking the famous “bubbles”, go to parties on weekends (UPD included) and break the rules that we all must at school somehow comply.

2020 was a year to be forgotten for Argentine education in many ways. Suspending the academic regime, we have told our students from the educational system that it makes no difference to make an effort or not to do it.

2021 is a challenging and complex year. Let us learn from the past and let us teachers, institutions and families work together to be able to uphold the rights of our students. Let us all collaborate with the limits and care so that this fragile presence can be prolonged over time.

Otherwise not only will we not have learned anything, but we will continue to tell adults to our children that everything does not matter and we will be sacrificing their future, and the future of our country.

An ironic look at pandemic domination

The press is lying. There is no other possibility. In my country, it is impossible for any pregnant woman to have to hide from the police for fear that they will perform a cesarean section against her will and have her baby reintegrated after two weeks. Tell that journalist that Mengele passed away decades ago and that all humanity rejects such aberrations. It is impossible for a citizen to have to go to the Supreme Court to access a provincial territory where her elderly dying mother lives, to assist her. It is impossible for someone suspected of Covid to be locked up for 30 days in an isolation center, like a criminal.

Don’t lie to us anymore. My four Polish grandparents, two generations ago, escaped from such realities. These atrocities do not happen in my country, eighty years later. And let me, journalists, tell you why. Because if it were as you say, there would be no President or Vice President capable of looking the other way and because all Argentines of good, without distinction of anything, would be in the street claiming for our persecuted and overwhelmed compatriots. Don’t lie to us anymore.

“Judicial immunity before the pandemic”

The second wave of Covid-19 was and is a harsh and unexpected reality in many of the countries that had already illustrated us in advance the seriousness of the onset of the plague. Today we are again warned of what will happen to us shortly, but the ineffectiveness by the authorities deserves a sad interpretation: “It seems that judicial immunity is weighted more than pandemic immunity.” In this new opportunity, there is an important caveat. There is a preventive and highly effective solution: the vaccine.

No more time (lives) can and should be lost. To date, not even 1% was inoculated with the two doses, having the capacity to do it in a much more dynamic way. It is evident that units are lacking but vaccination has become so politicized that we are condemned to the lack of this scarce good, to the terrible logistics stained with corruption; and the populist dogma that prohibits those who with economic availability can acquire it and help the State take care of the most deprived. In addition to other unpleasant measures such as closing some borders and tourist destinations (eg Brazil) that have put the arrival of new strains of the virus at risk for weeks …

But the priority is a friendly Minister of Justice. A real shame … they get him Monday’s newspaper again and, without reading it, he gives it to Dylan …

The Economic Social Council, without opposition

It is difficult for the Economic Social Council created by the Executive Power to establish long-term policies for Argentina, because beyond that as a premonition its two launches have been overshadowed by the vaccine and the town of Formosa, it suffers from an original sin consisting of the lack of call to the opposition. This means that in the face of a change in the political sign of power, what has been done by said Council may not be respected. The way it was conceived far from uniting deepens the rift.

Is the federal emergency brake coming? These corona rules could apply