Face-to-face classes: the Court endorsed the City and said that ‘autonomy was violated’ 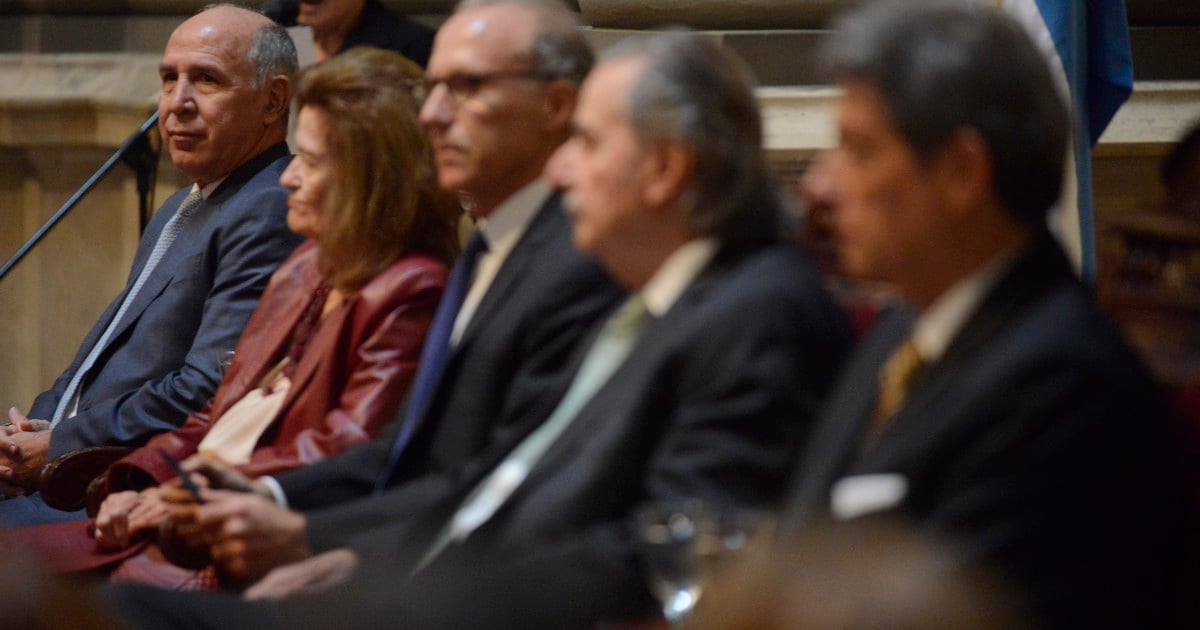 In the midst of the tension between Alberto Fernández and Horacio Rodríguez Larreta over the schools, the Supreme Court ruled this Tuesday in favor of Buenos Aires autonomy and thus supported the face-to-face classes as requested by the City. “The autonomy of the City of Buenos Aires was violated”, the magistrates maintained.

The ruling came out unanimously with the votes of Carlos Rosenkrantz, Ricardo Lorenzetti, Juan Carlos Maqueda and Horacio Rosatti. Elena Highton abstained from voting because she considered that the Buenos Aires presentation was not the jurisdiction of the Supreme Court.

The presentation on which the Court now defined, started two weeks ago when the City presented an appeal to the court to defend the autonomy of Buenos Aires and resist the Decree of Necessity and Urgency of the President that ordered the cancellation of face-to-face classes at all educational levels. Although that DNU today is without effect, it was replaced by another this last Saturday that maintains the same order.

An image of a Buenos Aires school open despite the pesidencial DNu. Photo Guillermo Rodríguez Adami.

In the ruling, the four judges unanimously supported the autonomy of the City. This was expressed in the letter: “For this reason, and after hearing the Attorney General of the Nation, the claim is made with respect to the claim that in the specific case the autonomy of the Autonomous City of Buenos Aires was violated “.

And they even advanced on the educational situation and argued that “it corresponds to the Autonomous City of Buenos Aires -as well as to the provinces- the power to decide on the ways of promoting and ensuring the education of its inhabitants “.

Rosatti and Maqueda, who were conventional constituents in Santa Fe, where in 1994 the constitutional reform that declared the City autonomous was sanctioned, they voted in harmony. They argued about federalism and took a stand on education. “It corresponds to the Autonomous City of Buenos Aires -as well as to the provinces- the power to decide on the ways of promoting and ensuring the education of its inhabitants and to decide on its modality.”

In their argumentation they went further and argued that the definition of the Court it must be applied for “future cases”. That is, it will not only apply to the expired DNU but it will serve for any next decision that affects the autonomy of the City and also to the new DNU that prohibited presence in Buenos Aires schools. “The decision adopted by the Court is a criterion of maximum institutional relevance within the framework of Argentine federalism and must be applied to future cases,” they argued.

In addition, they questioned the idea of ​​the AMBA as a unique space as the President sought to establish. They held that “not a region” in constitutional terms and that beyond its strategic relevance –which the Court considered that it is not its responsibility to analyze- “it does not justify ignoring constitutional powers of the Autonomous City of Buenos Aires.”

Rosenkrantz also strongly supported autonomy. He argued that since the 1994 constitutional reform the City has had “own powers similar to those enjoyed by the Argentine provinces. It retains its police power over public health and sanitation issues and over the organization and operation of its educational institutions. ”He even questioned that the national government did not provide clear data on the impact of transportation on the transfer of students to schools between the different jurisdictions.

“The emergency is not a franchise to ignore the current law. The emergency is subject to the law in this country, as it is also a legally regulated situation and it does not imply in any way that any measure that could be represented as effective to address the situation is, for that reason alone, constitutionally admissible, “said Rosenkrantz in their arguments.

Lorenzetti set criteria to defend the right to education in emergencies. He argued that the Nation cannot replace the provinces in another strong declaration of the autonomy of the City.

The highest court’s decision has strong political implications and it gives a boost to the judicial strategy that Rodríguez Larreta had promoted after the suspension of classes. In turn, it leaves in an uncomfortable position the President who sought to impose a decision on the City without sufficient endorsements.

Alberto Fernández and Horacio Rodríguez Larreta at a meeting in Olivos in the midst of a pandemic. Presidency photo.

The Treasury Attorney, Carlos Zannini, is another of the big losers after the Court’s ruling. As a lawyer for the national state, he had argued before the highest court that the Executive Power, in the context of the pandemic, had sufficient powers to make health policy decisions beyond the autonomy of the City. The magistrates, in the ruling, considered that the Executive Power did not provide “suitable and sufficient foundations” to sustain a “federal sanitary power that allows it to legislate regarding the educational modality” in the scope of the City.

Larreta, in the presentation he made on April 16, argued that Article 2 of Decree 241/2021 of the President that suspended face-to-face classes at the AMBA “violates the autonomy of the City and implies a virtual federal intervention because powers are assumed on eminently local competences, in health and education ”.

Hope for a good summer despite Corona: optimistic forecast from Karl Lauterbach