Fabulous Italy, you are in the semifinals! Barella and Insigne sink Lukaku’s Belgium 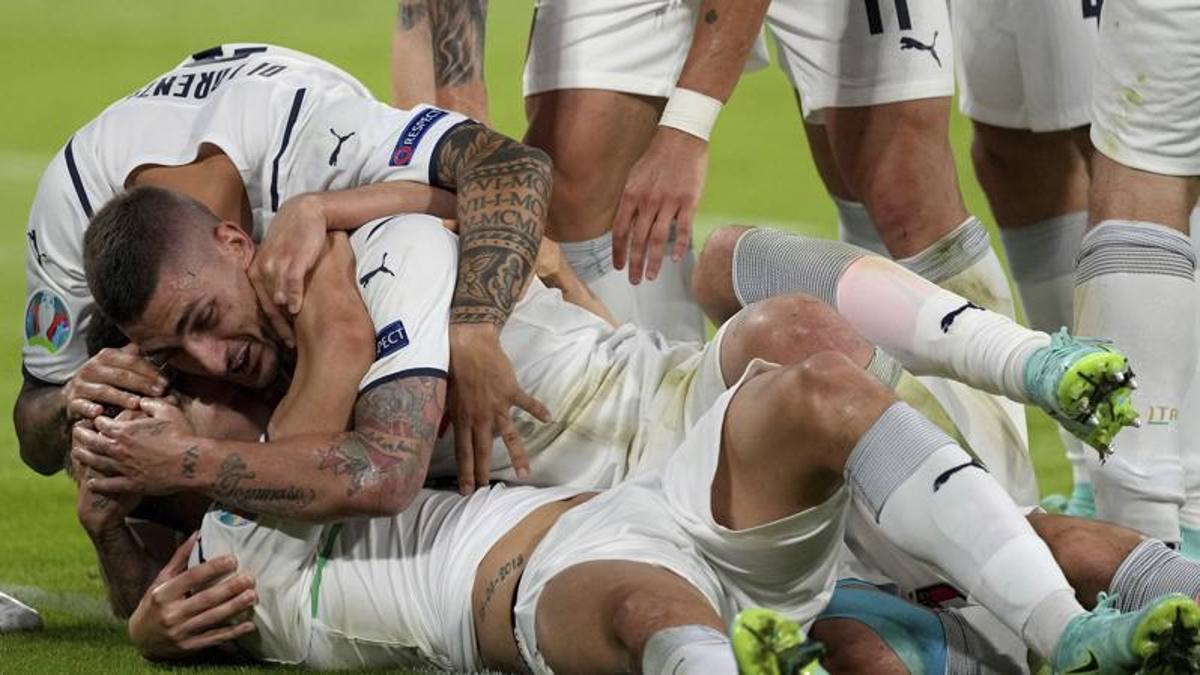 A feat of the national team in Monaco: Mancini’s blues will face Spain at Wembley on Tuesday

And so now we can all sing it together at the top of our voices, as they did yesterday on the blue bus: there is no more beautiful thing. Of this Italy, of course. And of what else? Now that Lukaku is no longer scary and De Bruyne has been disarmed, we can enter the party room reserved for the four beauties of Europe. A goal that smells intensely good because to get there we have subdued the number one. That Belgium that looks at everyone from the top of the Fifa ranking, third in the last World Cup that we did not even manage to get to, and that cradled legitimate ambitions of final success. And if we have managed to overcome the top of the class, it is logical that nothing is more closed to us.

At the Allianz Arena it ends 2-1 with goals from Barella, Insigne and a penalty from Lukaku and our path becomes more and more global. This time full menu: collective, individual ideas, suffering and personality. And Mancini takes a nice revenge with Martinez, who in 2013 had beaten him with his little Wigan in the FA Cup final making him sacked from the City. The Azzurri coach had asked for fun even on the eve, and did what was expected both in midfield (confirmed Barella, Jorginho and Verratti, or the starting midfielder with Austria), and in attack. So with Chiesa preferred a Berardi on the right. In defense alongside Bonucci at the end Chiellini showed up, evidently comforted by the last audition this morning.

Martinez on the eve had resented being accused of pretactices about De Bruyne and Hazard. The big question marks. Over the days these puzzles have become of such a magnitude as to make the Sphinx a myth for amateurs. Kevin and Eden, or the heart of Belgium: embroiderers, prompters and strikers assisted by technique and tactical wisdom. In the end, only De Bruyne appeared on the field, so to speak, but the real novelty was the department partner on the center-left: not the expected and expert Carrasco, but the talented 19-year-old Doku, hitherto used only with Finland.

The surprise move of strategist Martinez. Move that paid off. The Rennes winger has another step compared to Di Lorenzo, who found himself short of breath more than once when he was aimed. Belgium had a better approach than ours and in front they moved as expected: serving Lukaku on the run when it was possible, or with the percussion of De Bruyne, to which Romelu opened the gate by widening to the right.

Lukaku started by sowing panic in the blue area: two strung in the first two minutes that we were unable to contain. Also because Italy, after having knelt together with the opponents in support of “Black Lives Matter”, started like other times: very academic and not very incisive ball circulation, in the face of a decidedly more concrete Belgium, strong of the good guard of Tielemans on Verratti and Witsel on Barella. Result: Building engaged for a long time in a solitary race, even if it must be said that Ciro did little, and badly, with the balls passed by his feet.

Italy, however, as we know, has its own times to fuel. And in fact at the first opportunity he gave a clear signal to Belgium. Minute number 13, free kick by Verratti and deviation into the net with Bonucci’s belly. Quick technological consultation and goal canceled for … triple offside (Chiellini, Di Lorenzo, Bonucci). The Var has given us (Austria), this time it has taken us away. The fright must have done well to the red jerseys, who in the space of four minutes have exalted the whole technique of Donnarumma, in the stadium of his idol Neuer. First on De Bruyne (very high difficulty coefficient), then on Lukaku (a very treacherous low shot).

The shock to the blue troop was given again this time by Chiesa, with a couple of ideas from his team that transferred courage to everyone. And in the half hour we passed: Vertonghen’s error on the way out, Verratti served Barella who started skiing between the poles, avoiding Vertonghen, Thorgan Hazard and Vermaelen, and concluding with a right to cross impregnable. A beautiful goal. At that point, Italy completed the fine-tuning work. Settling well in all positions.

Chiellini roared on Lukaku’s neck – fantastic challenge to see -, Barella and Verratti took courage, Chiesa continued to hammer (right out of a trifle) and a minute from 45 ‘the stage took off Insigne with a personal action that began in our half and ended alone in his own way – right to turn – after having jumped Tielemans like a pin. The problem is that Belgium managed to shorten immediately, before the interval. Push by Di Lorenzo into the area on Doku and penalty converted by Lukaku.

A goal that, moreover, did not create psychological repercussions for the Azzurri after returning from the locker room. On the contrary, we have grown in personality with the usual guidelines, starting to weave our web of passages and to paint games with the creatives of the left. Except that the more or less mass attack exposed us to the restarts. Which could cost dearly. Two moments of pure terror. At 17 ‘, when De Bruyne put in the middle for Lukaku with Donnarumma cut out: the hero of the moment Spinazzola, who saved from the thigh to the defenseless goal. And at 26 ‘when Romelu still didn’t get his head due to a matter of millimeters.

Blue changes: first Cristante for Verratti and Belotti for Immobile, then Berardi for Insigne and Emerson for Spinazzola, but in this case it was a forced change, with the Roma winger having the probable – and serious – breakup of the Achilles tendon. The last thrill was imposed on us by Doku, who drank half of Italy and concluded with a slightly high slap. After that, it was a great party. We return to Wembley, and Italy intends to stay there until the last day.