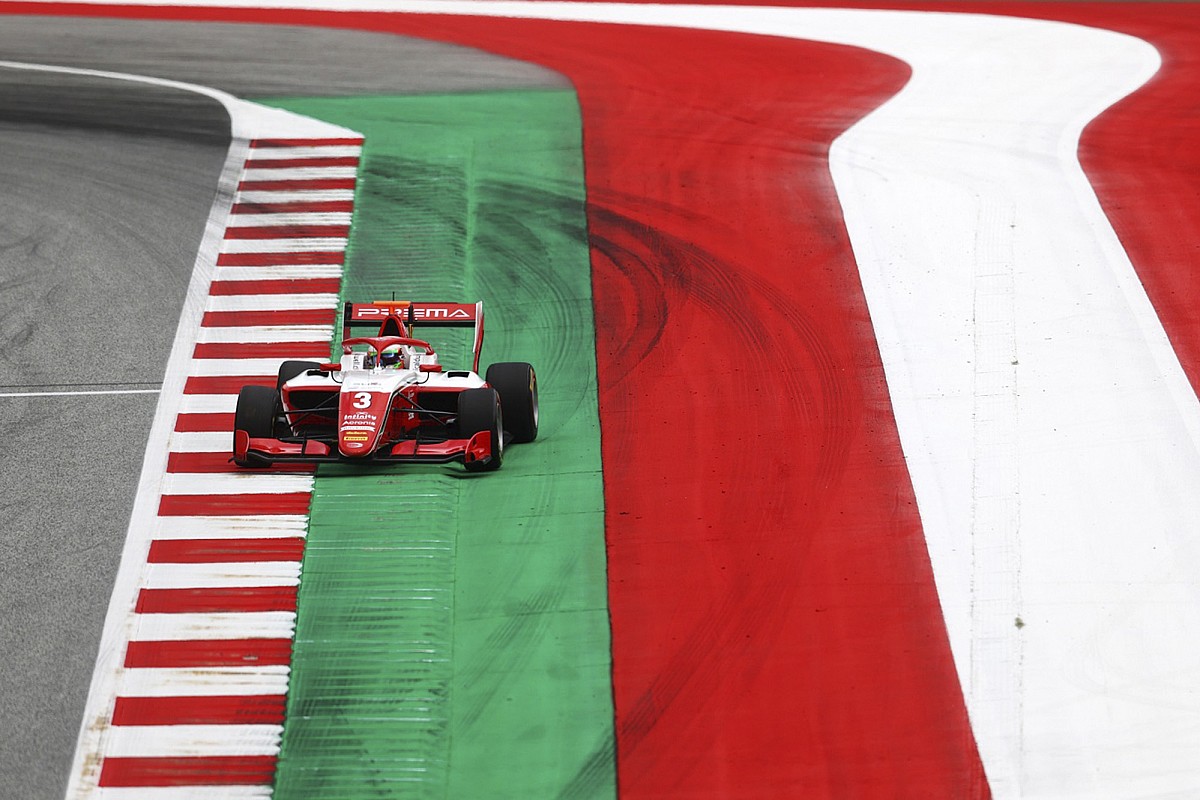 After the good victory of Paul Ricard, Jack Doohan had also started the weekend of the Red Bull Ring of Formula 3 in a great way.

The rider of the Trident lapped in 1’19 “745, arriving at about three tenths from the track record of the category already in free practice, but a few minutes after the end of the session the Australian got a cold shower, because his time was canceled, causing him to fall behind the lines.

The top of the standings then passed into the hands of Olli Caldwell of Prema, who instead stopped at 1’19 “970, just 4 thousandths ahead of Jak Crawford of Hitech Gran Prix, the only one to have fallen below 1’20” besides him.

Third time for the American Logan Sargeant, first among the riders who were already present on the grid last season. Behind him is Alexander Smolyar, who with the car of the ART Grand Prix went to destroy the sign indicating the DRS area ending wide at the last corner.

Following is his brother Arthur Leclerc, while championship leader Dennis Hauger was unable to do better than the sixth time with the Prema car. The top 10 was completed by Jonny Edgar, Frederik Vesti, Amaury Cordeel and Lorenzo Colombo, who finished with a delay of about four tenths from the top. Instead, you have to scroll down to 14th place to find Matteo Nannini.

A little further back we also find Enzo Fittipaldi, 15th, and David Schumacher, 16th. The latter, as well as Cordeel, also saw the Bianconeri flag waving for having gone too many times over the limits of the track.